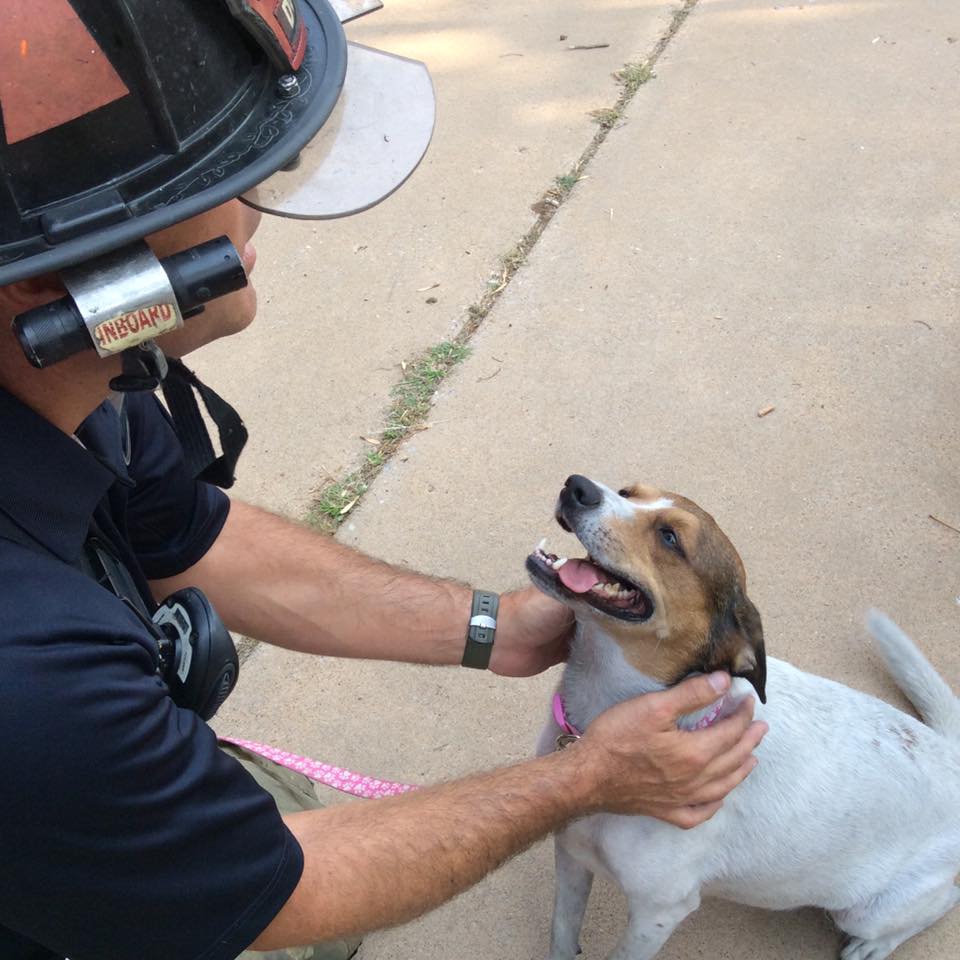 OKLAHOMA CITY – A dog trapped in a burning home gets a happy ending thanks to an Oklahoma City firefighter.

Officials told KFOR the firefighter risked his life to save the pup.

He went into the house and pulled the limp body of the dog from the blaze.

The dog is now recovering.

Authorities said the pup likely would not have survived had it not been for Major Dooner’s actions.