Outer bands of the unusually powerful Hurricane Irma battered parts of the Dominican Republic and Haiti on Thursday, threatening serious flooding a day after leaving severe destruction and at least nine dead across a string of Caribbean islands to the east.

Irma — a Category 5 storm that has kept sustained winds of 180 mph longer than any other on record — knocked out electricity a day earlier to more than 1 million customers in Puerto Rico as it churned off the US territory, and devastated smaller islands, including Barbuda and the British Virgin Islands.

Irma could next hit the Atlantic archipelagos of the Turks and Caicos and the Bahamas — and by the weekend may reach a nervous Florida, where people have flocked to stores to prepare and some communities have ordered evacuations.

“If you decide to stay in the Florida Keys, you are on your own,” said Roman Gastesi, administrator of Monroe County, which ordered everyone off the small islands off the state’s southern coast ahead of the storm’s anticipated approach.

Irma on Wednesday left at least nine people dead, including six on St. Martin, two on St. Bart’s and one in Barbuda. The latter is barely habitable, with nearly all its buildings damaged, the Prime Minister of Antigua and Barbuda said.

On Thursday morning, Irma’s powerful core was moving off the mountainous northern coasts of the Dominican Republic and Haiti, and could leave up to 15 inches of rain — amounts that could trigger dangerous flooding and mudslides, the National Hurricane Center said.

— Around 8 a.m. ET, Irma’s center was about 110 miles north of Punta Cana, Dominican Republic, moving west-northwest with maximum sustained winds of 180 mph — well above the 157 mph threshold of a Category 5 storm.

— Barbuda, one of two major islands in the nation of Antigua and Barbuda, took a major hit Wednesday, with about 95% of its buildings damaged, Prime Minister Gaston Browne said.

— Browne described the damage as “unprecedented” and “absolutely devastating,” estimating it will cost $100 million to rebuild.

— Irma’s eye passed directly over Barbuda on Wednesday, leaving the small island’s 1,800 residents largely incommunicado after it knocked over the telecommunications system and cell towers.

— Irma is one of three active hurricanes in the Atlantic basin — the last time this happened was in 2010. Jose, in the open Atlantic far to the southeast of Irma, has become a hurricane, as has Katia in the Gulf of Mexico.

— A hurricane warning is in effect for some areas in the Dominican Republic, Haiti, the Bahamas and the Turks and Caicos Islands. Hurricane or tropical storm conditions also are possible late this week in parts of Cuba.

— Irma has maintained intensity above 180 mph longer than any storm in Atlantic basin history.

Will it hit Florida?

It’s too early to tell whether it will make landfall on the US mainland. Some computer models show it could churn near Florida’s southern and east coasts by early Sunday. Officials are ordering some evacuations and shutting down schools.

“(A) storm surge could cover your house. We can rebuild homes — we cannot rebuild your family,” he said Wednesday.

Many spent Wednesday stocking up on food or making plans to head inland. Hurricane watches may be issued for parts of South Florida and the Keys on Thursday.

In Broward County, which includes Fort Lauderdale and other cities north of Miami, a mandatory evacuation will go into effect at noon Thursday for some areas, Mayor Barbara Sharief said.

Miami-Dade County ordered people out in some areas, including mobile homes and barrier islands.

Florida is not the only state preparing for possible impact. 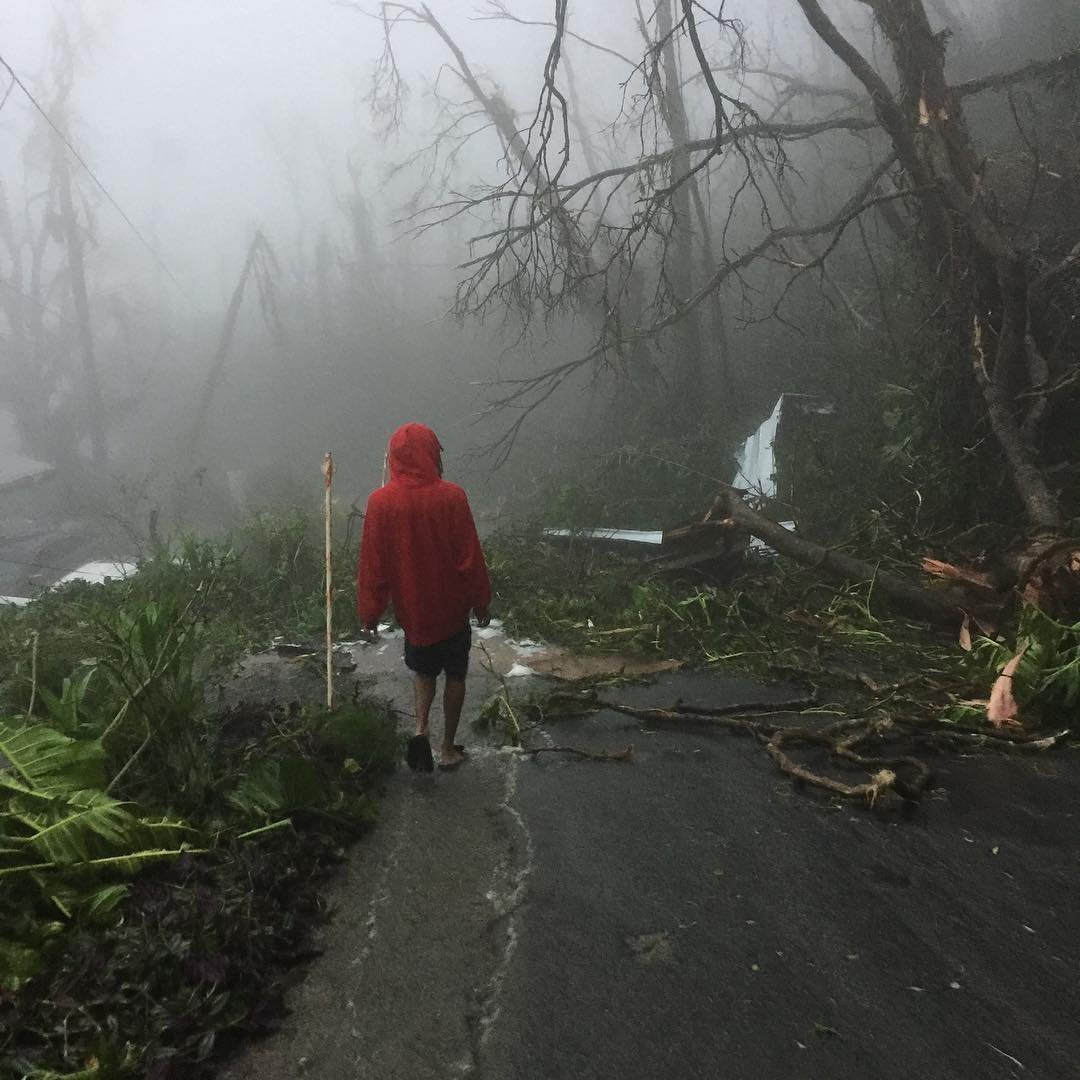 A hurricane warning is in effect for the central and southeastern Bahamas, and officials there are not taking chances.

“This is the largest such evacuation in the history of the country,” Prime Minister Hubert Minnis said.

“Some of the (Bahamian) islands aren’t more than 9 feet (above sea level). Storm surges there may be 20 feet,” CNN meteorologist Chad Myers said.

Kelsey Nowakowski posted images to Instagram of the aftermath in St. Thomas in the US Virgin Islands.

“This doesn’t look like it was ever a tropical paradise. It looks like an eerie fairytale forest,” she said in her post. “During the storm there were a handful of times when we thought we were losing the house’s roof on the floor above, but when we emerged we found our roof intact.”

“The wind was so intense. Trees and roofs flying,” he said.

He posted a video on Twitter showing mangled patio and roofing scattered all around.

In Puerto Rico, about 56,680 customers are without water, with the US territory’s northeast hit the hardest, according to Jesus Poupart of the emergency operations center. Emergency officials are still taking in reports to determine the extent of the damage.

In the northeast city of Fajardo, authorities conducted at least 10 rescues, an emergency dispatcher there told CNN. Of those, five were from flooded homes, two of people trapped in vehicles, and three who were trapped in an elevator, the dispatcher said.

In San Juan, CNN’s Leyla Santiago said 900,000 customers are without power after strong winds hit the island. There were no immediate reports of injuries in the US territory of about 3.4 million people.

By Faith Karimi, Jason Hanna and Steve Almasy, CNN
Copyright 2021 Scripps Media, Inc. All rights reserved. This material may not be published, broadcast, rewritten, or redistributed.