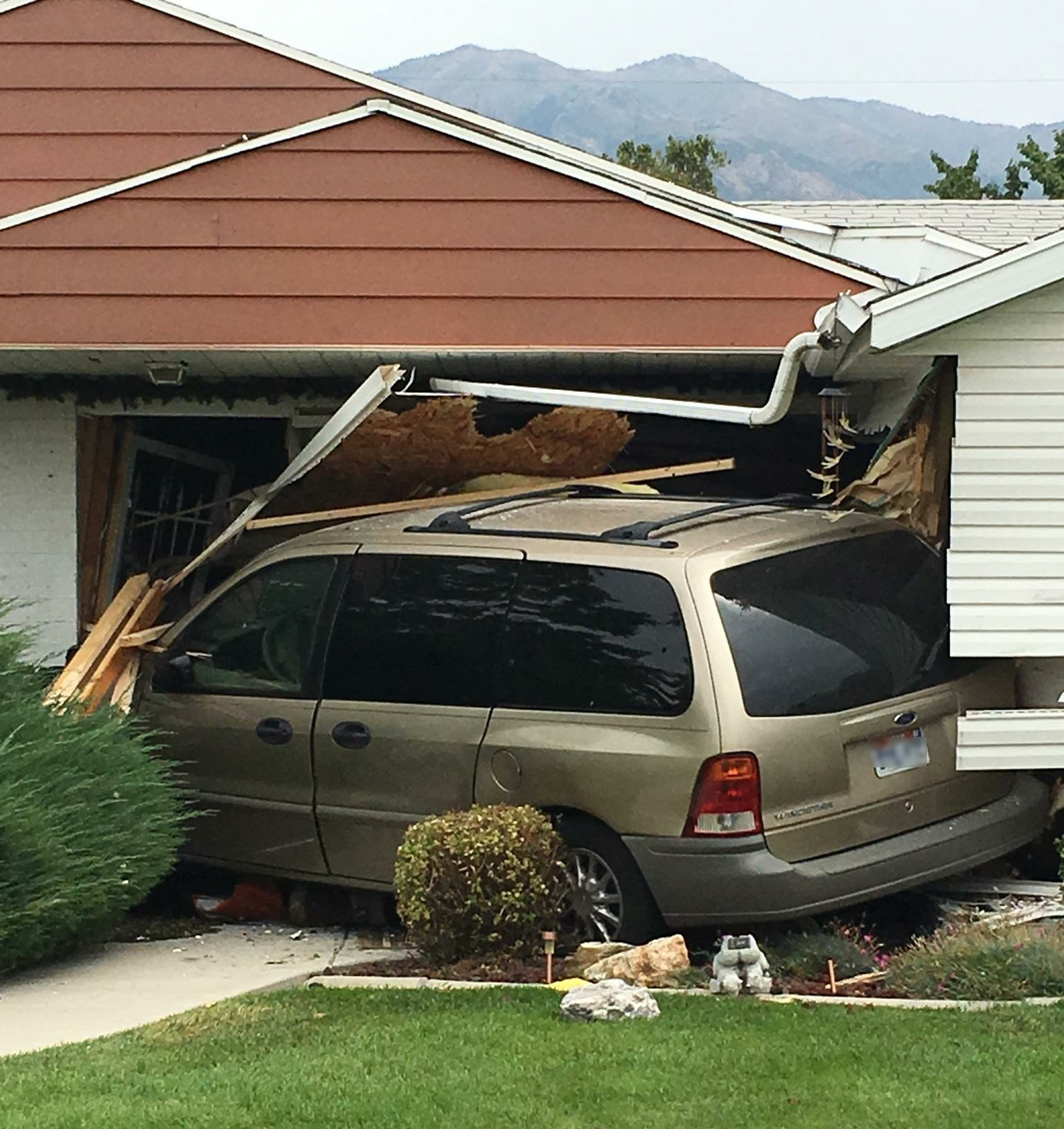 LAYTON, Utah — A home sustained an estimated $12,000 in damage Saturday when a van crashed into the building.

According to the Layton Fire Department, the crash occurred around 1:20 p.m. when a van left the roadway and crashed into a home. Firefighters say the vehicle traveled about 50 feet after leaving the road before it hit the home.

It is unclear what caused the driver to crash into the home, and the accident is under investigation.

Firefighters say there were only minor injuries reported and no one required transport to a hospital.

An elderly man and woman were at home at the time of the crash. The woman was not hurt and the man, who was sitting on a couch near the window, suffered a scratch.

Authorities say it will be a “slow process” to remove the van from the home. The damage is estimated at $12,000.

“Reminder to all drivers keep focused, don’t get distracted and never drive drowsy,” Layton City tweeted regarding the incident.