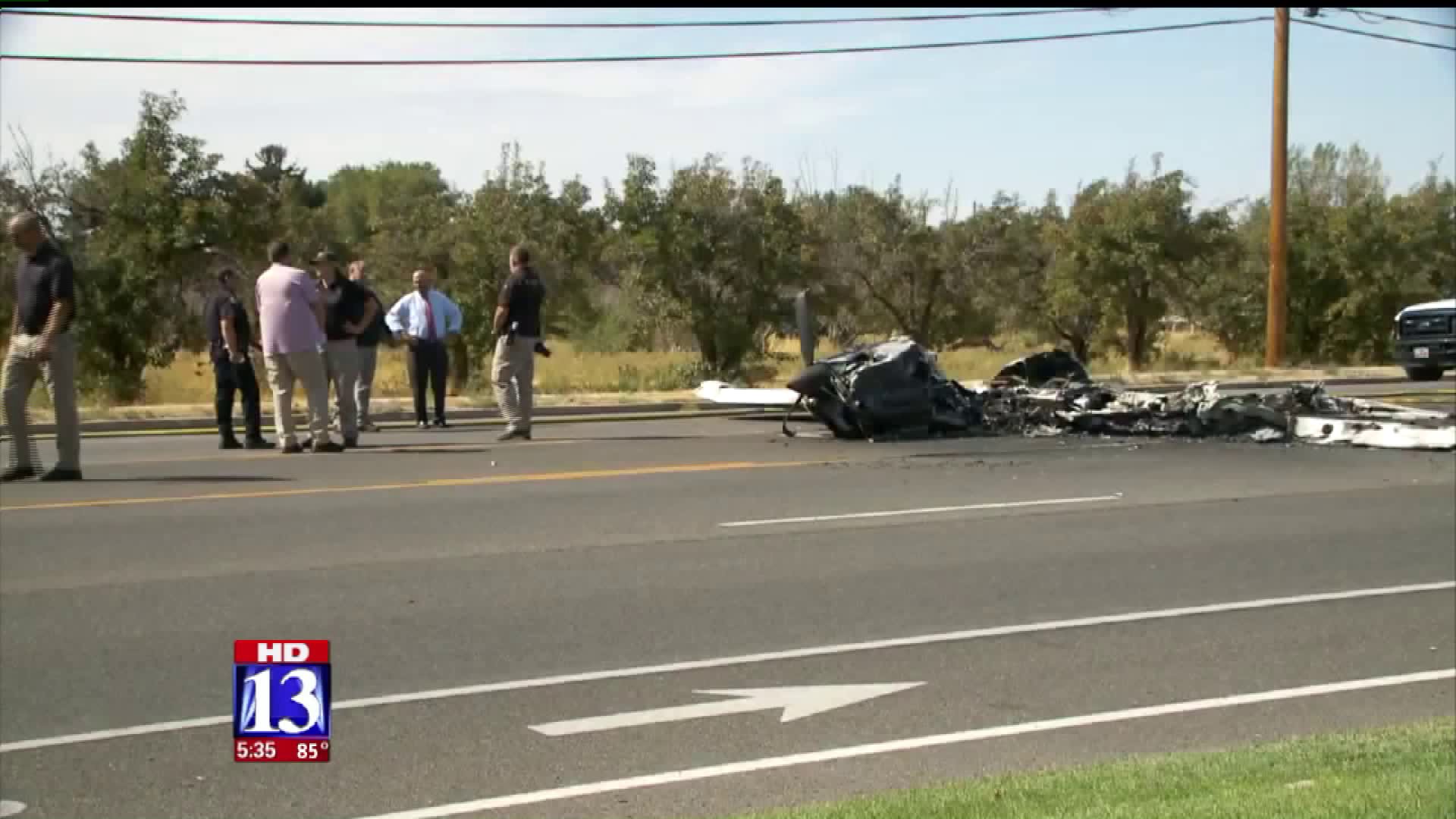 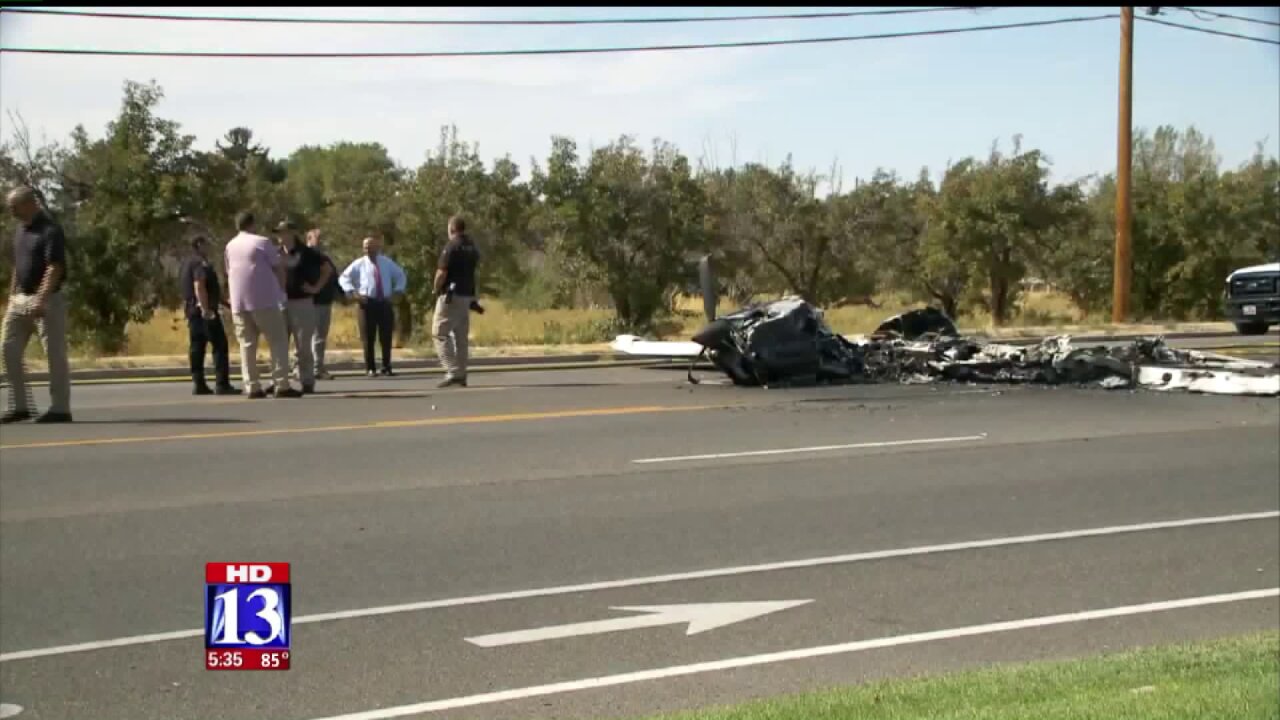 ROY, Utah -- A pilot and driver are recovering from only minor injuries Wednesday after a plane crashed into a car in Roy Tuesday afternoon on 1900 West at 4500 South.

The plane crashed shortly after taking off from Ogden-Hinckley Airport.

When Luke Draayer’s mother told him that his sister, Sammie, was hit by a plane, he imagined the worst.

“Then she was like, 'She’s OK though,' which really got me,” Draayer said.

It’s nothing short of a miracle that Sammie Sandoval survived after being hit by a plane Tuesday afternoon.

“She told me that she felt like she was hit by a concrete truck,” Draayer said.

She was driving on 1900 west, just a few blocks away from her house, when the plane hit the back of her car.

A Roy city employee pulled her from the wreckage, and she was taken to the hospital, but only as a precaution.

“She’s lucky that she just has a broken pinkie, but obviously the impact has made her quite sore,” Draayer said.

The NTSB is still investigating the cause, but Hiroyuki Miura, a flight instructor at Cornerstone Aviation at the Ogden-Hinckley Airport, says he’s not sure the pilot had followed the proper pre-fight protocols.

“Yesterday’s plane, from my understanding is the plane hadn’t flown in over ten years and maybe the airplane was not in air-worthy condition and he just took off flying,” Miura said.

Sandoval’s family is beyond grateful for the heroic actions of the men who pulled her to safety and the higher power that forced the plane to hit in the right place, at the right time.

Roy police are still trying to contact the pilot to see if they can release his name. They believe his phone was destroyed in the crash, but like Sandoval, he walked away with minor injuries.