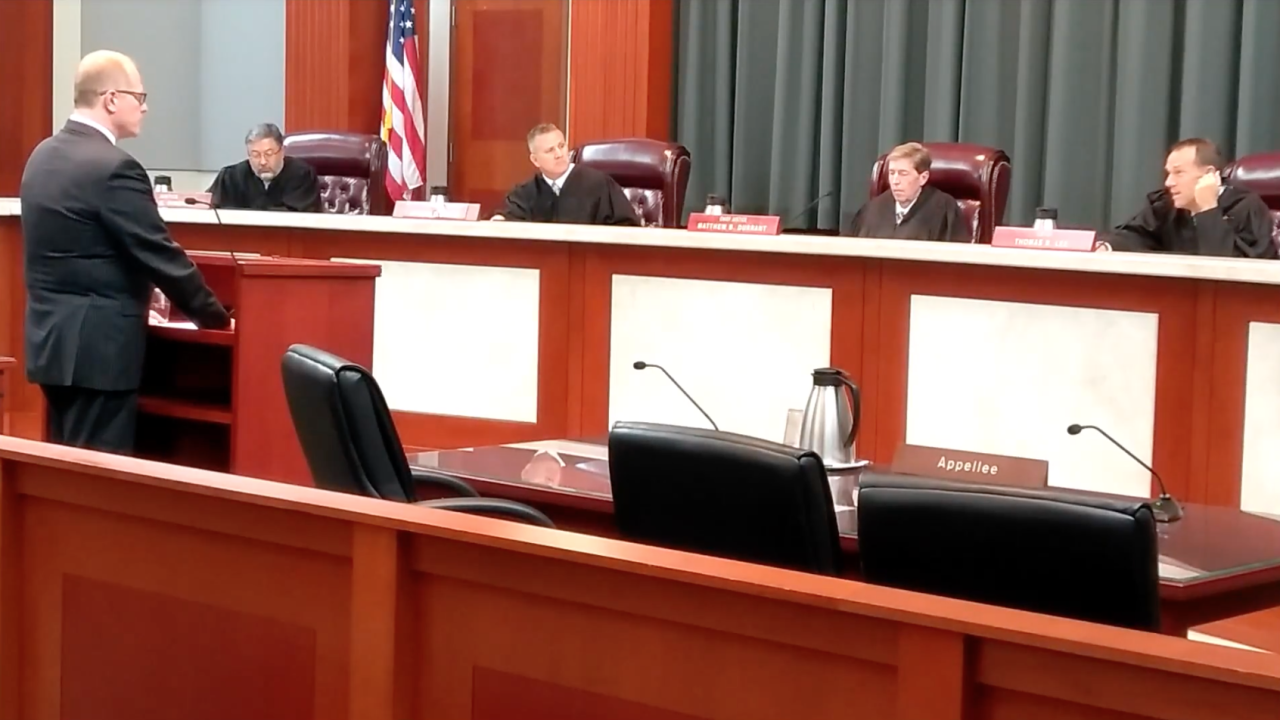 In arguments Tuesday, the state’s top court heard from the lawyer representing the couple, who were denied the chance to have a baby through a surrogate by a judge last year. Utah law dictates a surrogacy can only be used if there is proof a mother cannot conceive or faces medical harm.

The law discriminates against same-sex couples, their attorney argued. This is believed to be the first challenge to such a law following the U.S. Supreme Court’s historic ruling on same-sex marriage in 2015.

“This matter must be decided by a court because the district court, in this case, denied all parties the benefit,” Edwin Wall, the attorney representing the couple, told the Utah Supreme Court.

“There is no basis the state could assert that there is any legitimate reason in this case to distinguish between the married male couple and either married female couples or heterosexual couples,” Wall said.

“But the state didn’t say that,” Justice Lee noted. “They just ignored the constitutional question.”

Wall argued that a gender-neutral reading of the surrogacy law would settle concerns. Justice John Pearce was not so sure, noting the law was crafted at a time when Utah had a ban on same-sex marriage.

“Here the legislature passed the statute at a time when Prop. 3 (Amendment 3) was a part of the constitution,” he said. “Can we say, looking backwards, that a gender-neutral reading of the statute would conform to the manifest intent of the legislature? It seems to me we have to resolve this on constitutional grounds.”

Justice Lee pointed out the Utah State Legislature may be making a distinction between the parent notion of mother versus the biological notion of mother. Justice Deno Himonas questioned what the difference is, if the Court struck the statute down entirely?

The Utah Supreme Court took the case under advisement with a ruling anticipated in several months.