LAKE POWELL — A thunderstorm produced strong winds that overturned several boats in Lake Powell Thursday, and in one incident a woman suffered injuries that included the amputation of her arm.

Mary Plumb with Utah State Parks said they received numerous calls about a microburst, a severe gust of wind in a thunderstorm typically exceeding 58 mph, starting around 1 p.m. Thursday.

A houseboat carrying 14 people overturned due to the wind. A 60-year-old woman on that boat had her arm amputated, but it wasn’t clear if the amputation occurred during the accident or later as a result of the injuries.

A 57-year-old individual on that boat was also injured.

Plumb said at least one other houseboat overturned due to the microburst. She said several agencies assisted with rescues on Lake Powell Thursday.

According to the Coconino County Sheriff’s Office, deputies responded to several watercraft that overturned in Lake Powell, and several of those incidents involved injuries.

The sheriff’s office did not provide specific details about the number of injuries, but they said the most serious injuries appear to have occurred within the portion of the lake that falls under Utah’s jurisdiction.

The sheriff’s office posted several photos that showed some of the damage the microburst caused in the Page, Arizona area as well as one of the overturned boats they responded to in Lake Powell. 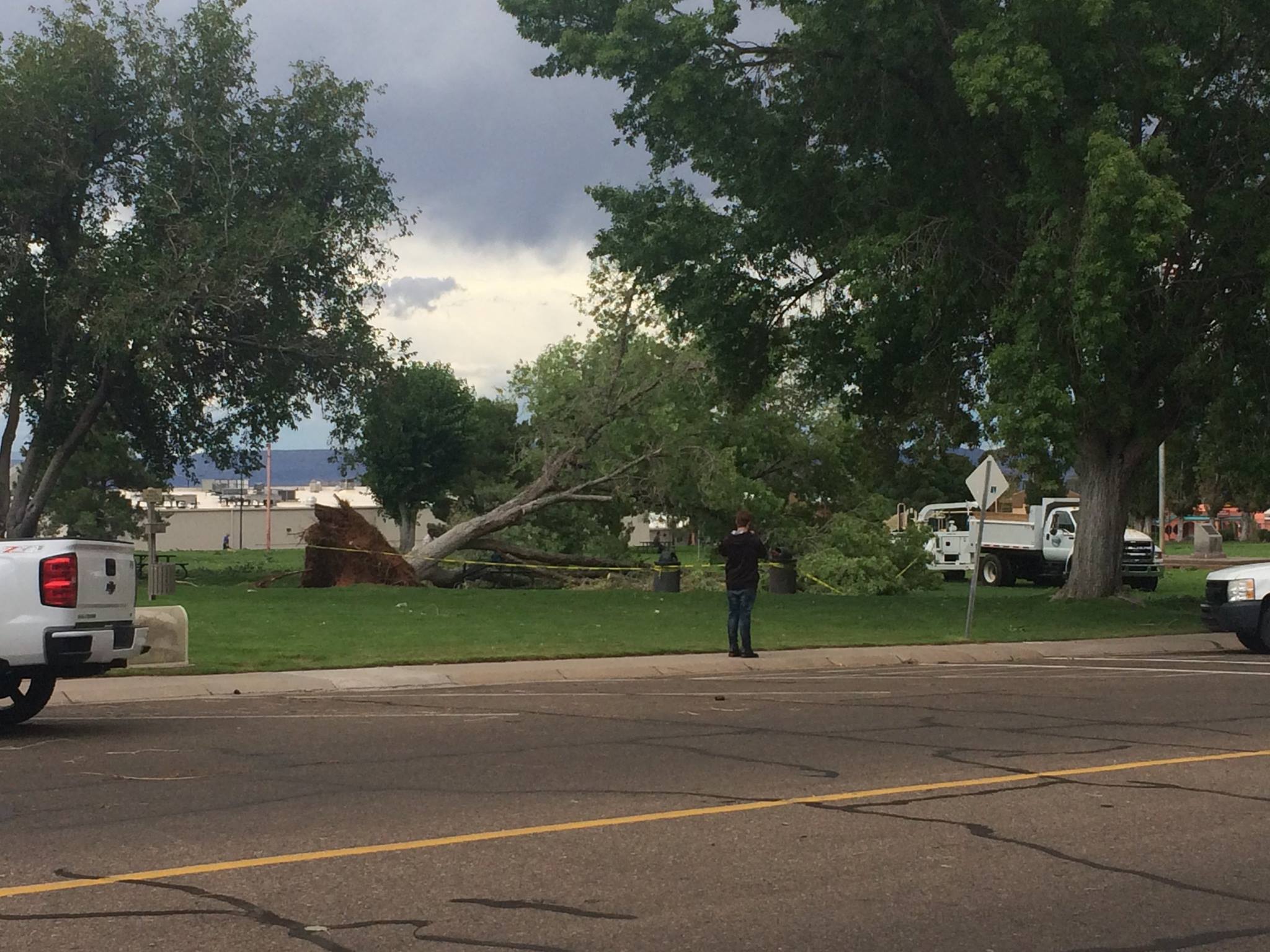