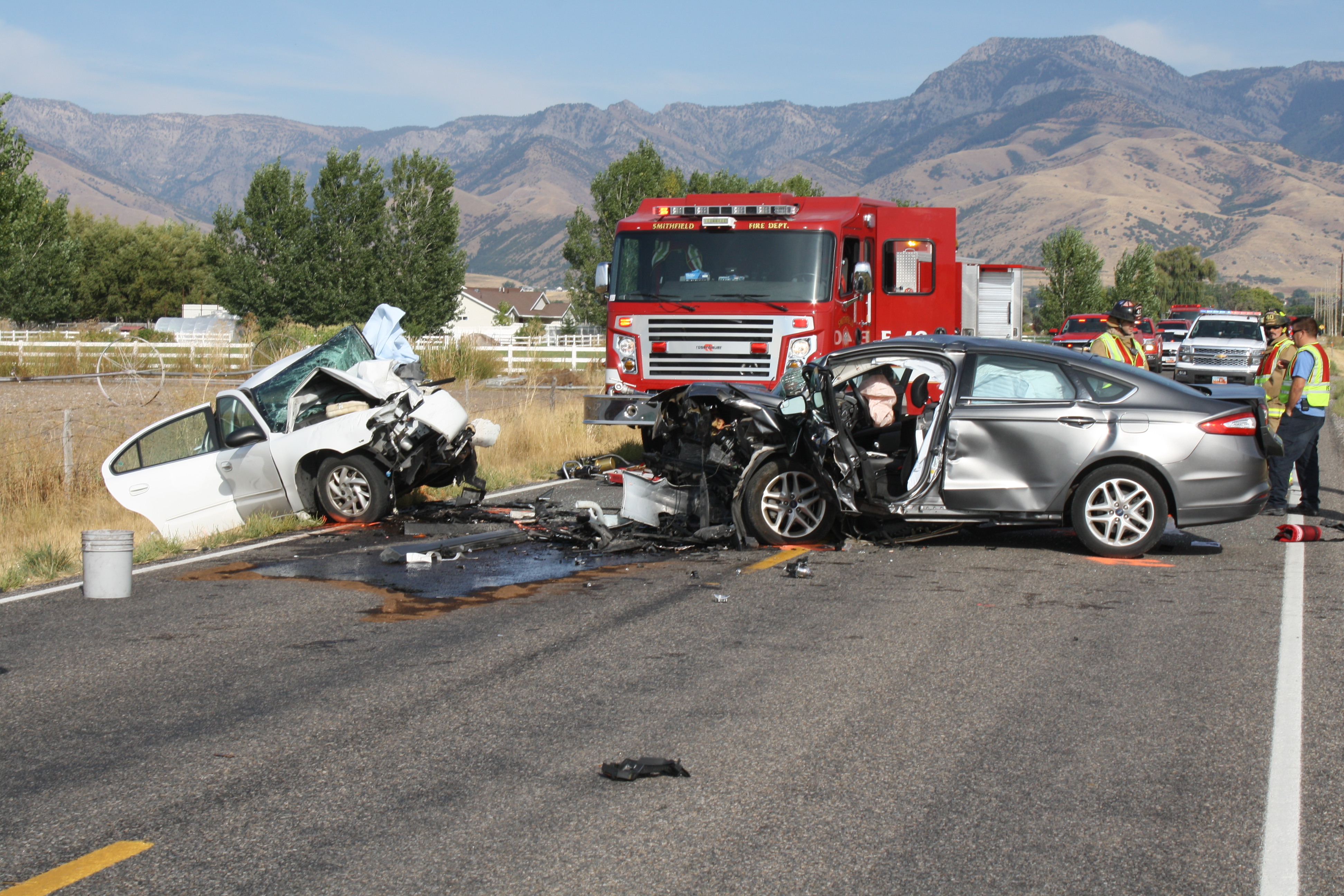 CACHE COUNTY, Utah — A mother was killed in a head-on crash near Smithfield Saturday, and her two young daughters suffered minor injuries while the 15-year-old driver of the other car was LifeFlighted to a hospital.

According to the Utah Highway Patrol, the crash occurred on SR-218 in Cache County near Smithfield around 3:40 p.m. Saturday.

A Ford Fusion driven by a 15-year-old boy was traveling eastbound on SR-218 when police say he veered into the westbound lanes. It is not clear what caused the driver to veer out of his lane.

One westbound vehicle veered out of the path of the Fusion, but the car then struck a westbound Pontiac Grand Am driven by 28-year-old Samantha Perkes of Providence.

Her two daughters, ages 4 and 7, were properly restrained in the back seat of the car and suffered minor injuries. They were taken to Cache Valley Hospital for treatment and have been released.

The teen in the Ford was taken to Cache Valley Hospital and was then LifeFlighted to Primary Children’s Hospital with head injuries.

There were no injuries among those inside the vehicle that swerved out of the path of the Fusion.

Utah Highway Patrol says the 15-year-old boy had a learner’s permit, but said state law requires that teens driving on a learner’s permit be accompanied by an adult. The teen was the sole occupant in his vehicle.