MEXICO – More than 100 people were killed in a powerful earthquake Tuesday that rocked Mexico City and surrounding states.

The earthquake toppled buildings, sent rescue workers digging through rubble and knocked out power to millions.

The death from the powerful magnitude-7.1 earthquake is expected to rise.

Tuesday evening, the Church of Jesus Christ of Latter-day Saints released this statement:

“We are heartbroken to see the destruction and suffering that is occurring as a result of another serious earthquake in Mexico. At this time, it’s difficult to understand fully the impact, including to Church members and facilities. The Missionary Training Center in Mexico was not damaged, and the missionaries there are safe. There are several missions in this region, and mission presidents are working to determine the status of all missionaries. Some have reported that all are safe, while others are still assessing the situation. This is complicated by damaged communications systems, large distances, and travel difficulties. Mission presidents will keep families updated as they are able, and we will provide additional details as we learn more. We pray for their safety and invite others to join us in our prayers for Mexico and her people.”

Forty-two people were killed in Morelos state, according to a preliminary report issued by the governor. President Enrique Peña Nieto said 13 were dead in Puebla state. Two others died in Mexico state.

The government said 3.8 million customers had their electricity service interrupted.

The earthquake struck the central state of Puebla, leveling buildings as far away as the capital, about 75 miles away.

Reuters reported it hit hours after many people took part in drills nationwide on the anniversary of another devastating earthquake that killed thousands in Mexico City three decades ago.

Video from CNN affiliate Foro TV showed rescue workers in hard hats and civilians in a Mexico City neighborhood combing through two-story high piles of rubble in search of survivors. Some carried away buckets full of debris.

Preliminary reports put the epicenter 2.8 miles (4.5 kilometers) east-northeast of San Juan Raboso and 34.1 miles (55 km) south-southwest of the city of Puebla, according to the US Geological Survey.

“Anything below 70 kilometers is considered a shallow quake,” CNN meteorologist Allison Chinchar said. “That’s important, because shallow earthquakes often cause the most damage, compared to the ones that are deeper, regardless of the strength. But this also was a relatively strong earthquake.”

• The airport in Mexico City is closed. According to the airport’s Twitter account, “Operations are suspended until every infrastructure is assessed.”

• The governor of Puebla said on Twitter that there were reports of damaged buildings. Tony Gali urged residents to follow civil protection security protocols.

• Peña Nieto tweeted that he has ordered the evacuation of hospitals that have suffered damage. He also ordered the transfer of patients to other medical units.

• US President Donald Trump tweeted: “God bless the people of Mexico City. We are with you and will be there for you.”

Adrian Wilson, a photographer from New York City who was visiting his fiancee, was eating in the capital when the earthquake struck.

“I was having lunch when the floor gently rocked as if a big truck went by,” Wilson said. “It then amplified in waves and the whole room started shaking. The building is from the 1930s and just survived a big earthquake, so I knew I would be OK.”

Wilson told CNN: “The doors were flapping open, the windows, everything.”

He took a quick video to show his children, he said.

“It’s almost a roller coaster ride, where you think, wow, this is kind of cool. But then all of a sudden, you’re like this isn’t cool at all,” he said.

He looked outside and saw helicopters, and burning buildings and collapsed buildings. “Then you realize … this is no joy ride for anybody.”

Ricardo Ramos, a TV producer from Los Angeles, was scouting a location in a Mexico City cafe when the quake hit. He ran out into the street.

“Thank you, God, for keeping us safe once again. We got to experience another terrible #earthquake, this time during a location scout,” he wrote on Instagram.

Peña Nieto tweeted, “I have called a meeting for the National Emergency Committee to evaluate the situation and to coordinate any actions. Plan MX has been activated.””

The earthquake comes 32 years after a magnitude-8.0 earthquake hit on September 19, 1985, killing an estimated 9,500 people in and around Mexico City.

It comes more one week after a magnitude-8.1 earthquake struck off the southern coast of the country, killing at least 90. 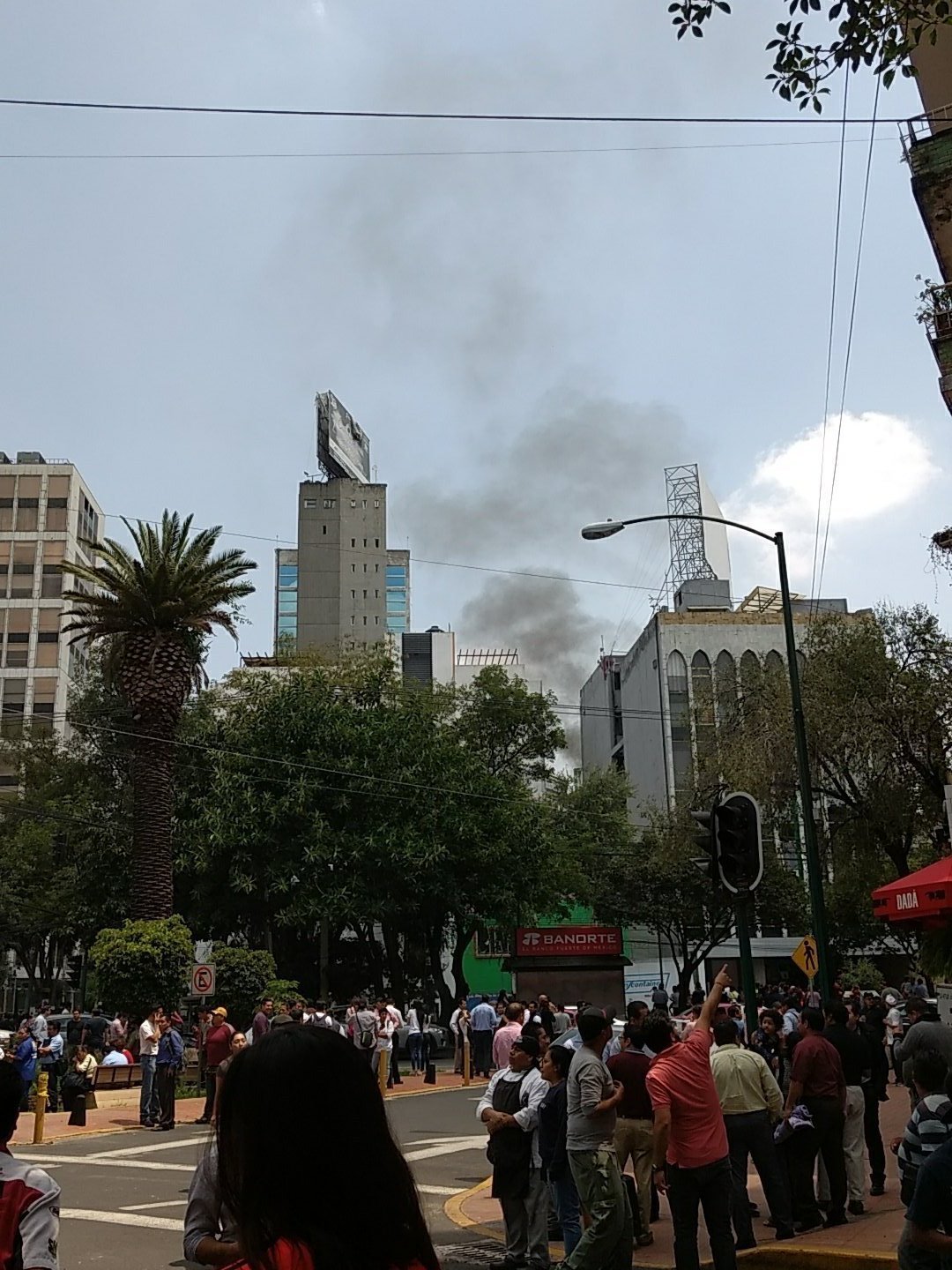