KEARNS, Utah - Four suspects are facing murder charges after two people were killed and two others were seriously injured following a crash and shooting in Kearns Tuesday night, according to the Unified Police Department.

Unified Police said all fours suspects will face felony charges for murder and discharge of a firearm.

Officers said the two people who were killed were innocent victims who had nothing to do with the gang fighting; 55-year-old Lloyd Everett Pace and 50-year-old Tami Lynn Woodard.

Detectives say the four people who were inside the blue pickup truck which crashed into the victims' car were attempting a drive-by shooting at a home on the corner of 5240 W. and 5400 S.

The people inside the house returned fire and at least one of those bullets hit one of the teens inside the pickup.

The driver then hit the gas and tried to race across 5400 S. when he slammed into a white car.

The force of the impact carried both vehicles across the road and into the yard of another home.

The two people in the white car died at the scene.

A short time later police had all four suspects who were inside the blue pickup, in custody.

Unified Police Lt. Brian Lohrke said this is the deadly culmination of several days, even several weeks, of increasing gang activity and violence in Kearns.

They also say that blue pickup truck is the suspect vehicle in a series of other shootings that happened Monday night not far from this one.

Authorities have planned a meeting Thursday at 6:30 p.m. at Kearns High School to address concerns about the recent gang violence. 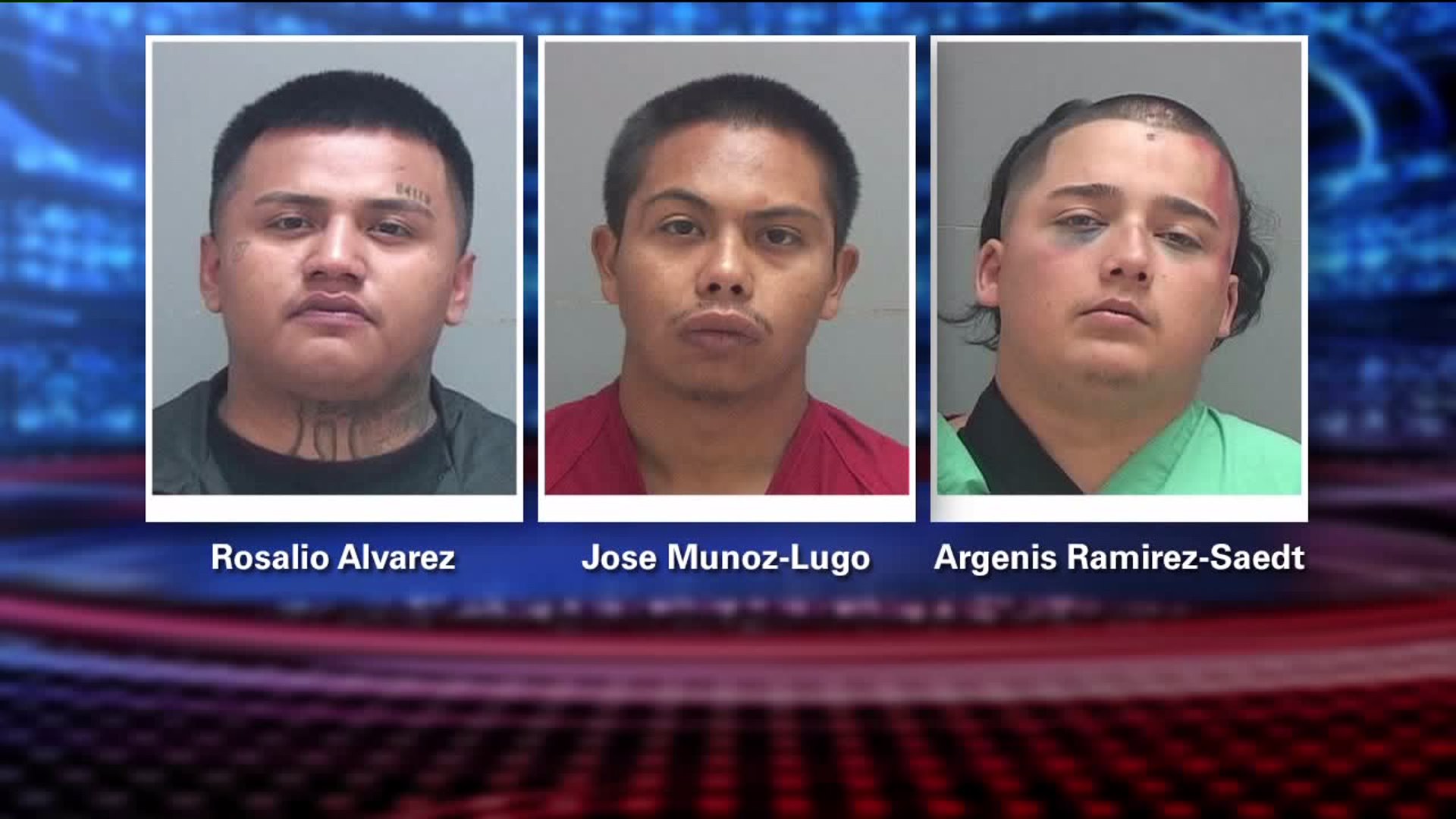