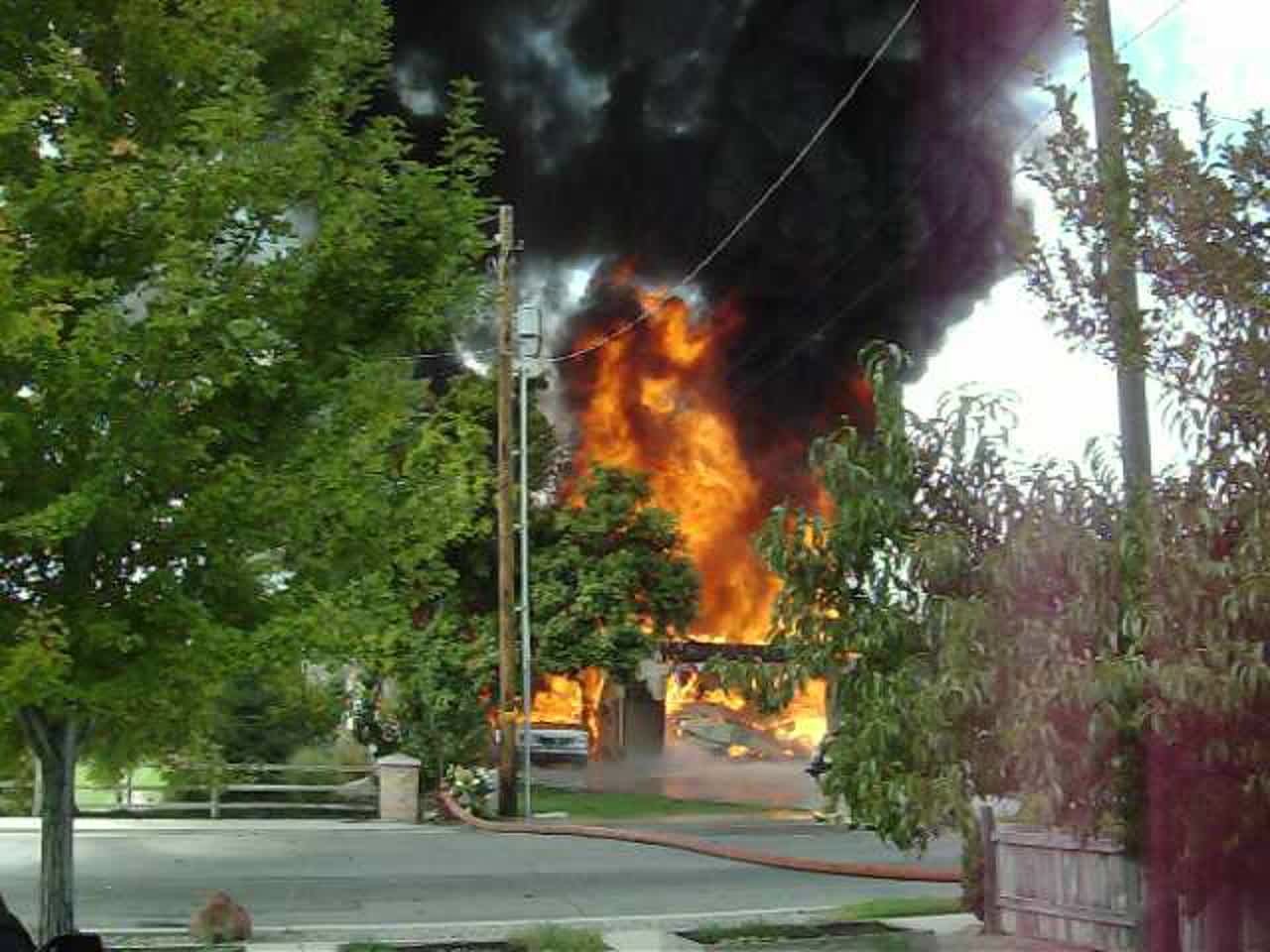 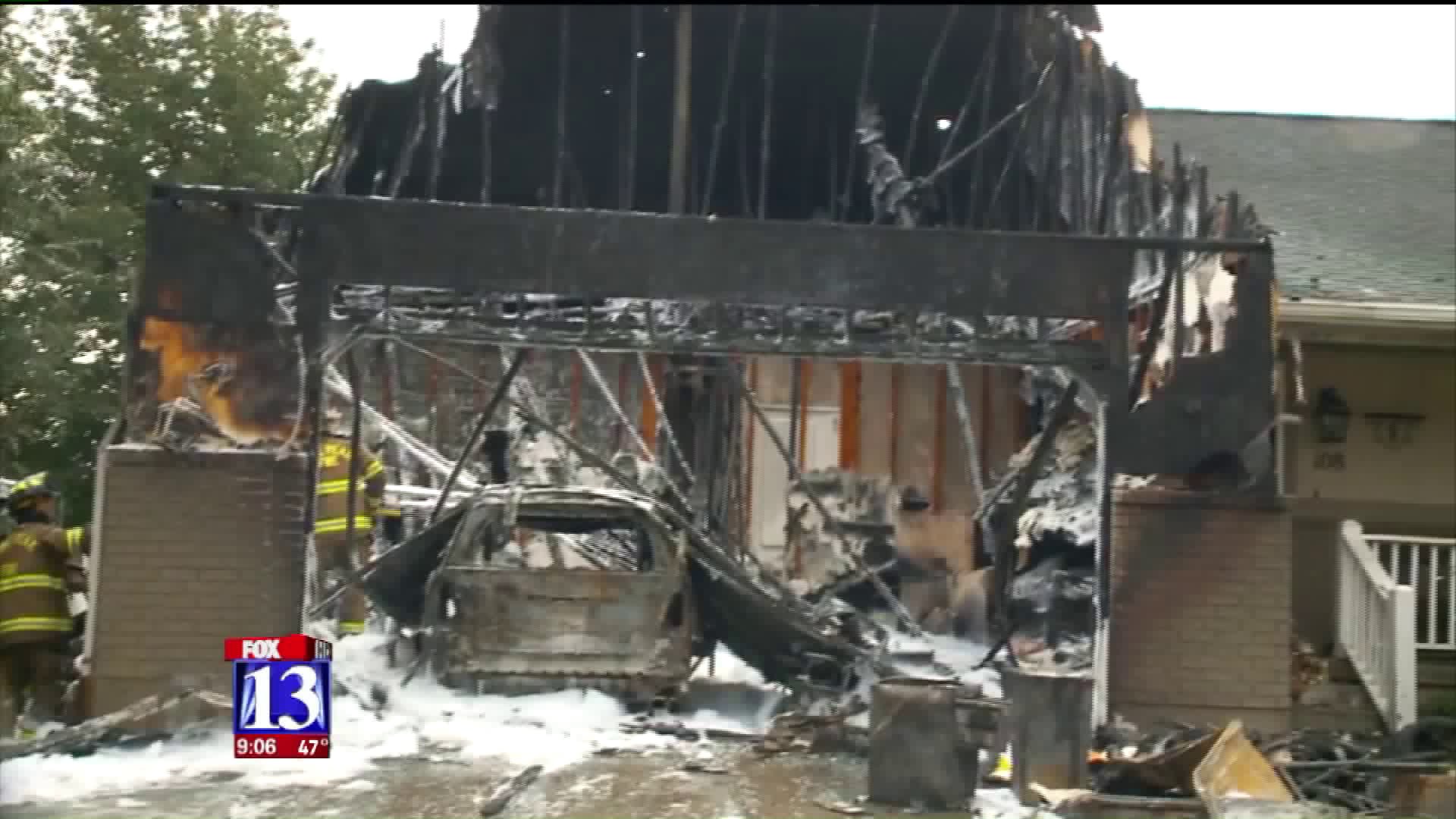 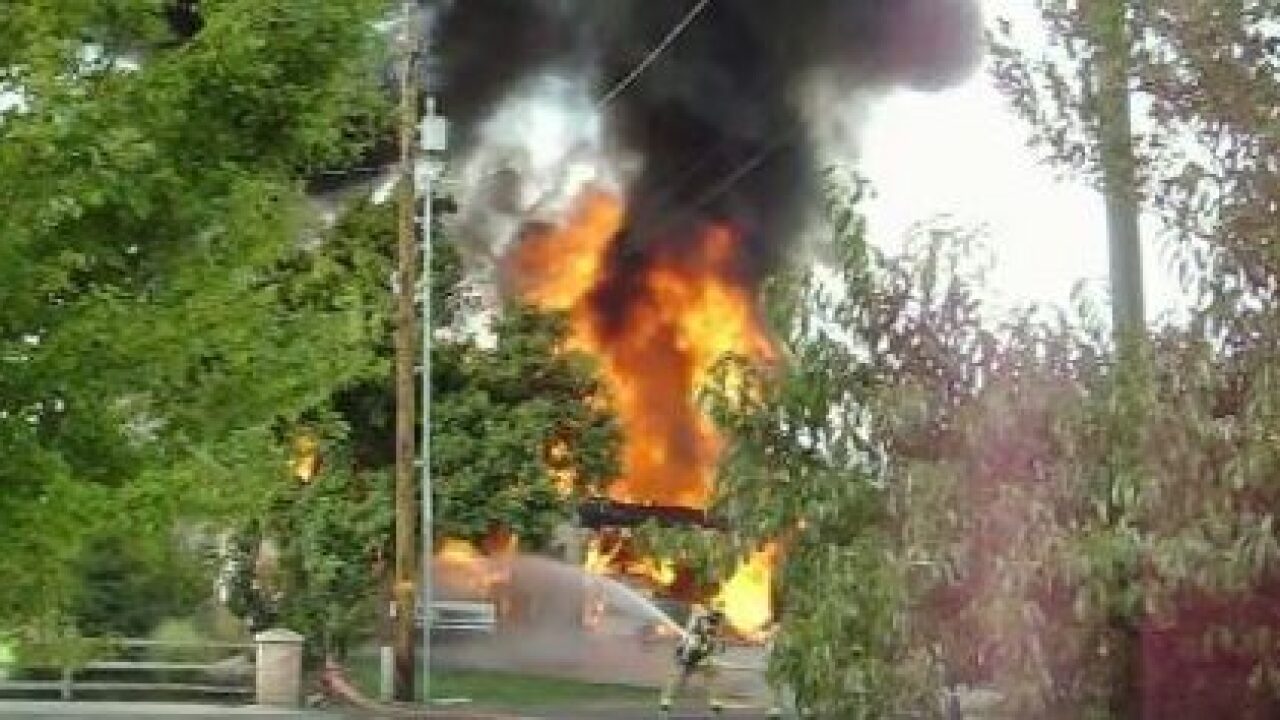 ALPINE, Utah - It was a small thing that made a big difference.

Firefighters told an Alpine mom that if she hadn't shut her door leading to the garage before running out of her home, her entire house and her neighbor's home may have burned down.

"I don't remember doing it," Karen Hampson admitted, saying it was a reaction in the heat of the moment. "At first, I thought someone was breaking in, and so I locked the door. But then I was curious, so, I unlocked it and peaked in and the side of the garage was on fire."

Hampson said she was in the kitchen with her two kids when she heard the noise and saw the fire. She said all three of them took off running out the front door when she spotted the flames.

"We had a huge box of fireworks flying out of the garage like the 4th of July," Hampson said. "Everything just kept exploding."

“There were some propane tanks on the side of the garage that did ignite,” said Lone Peak Battalion Chief Danny Campbell.

He said the family's three cars were destroyed.

Hampson said the neighbors have rallied around the home, offering jackets to stay warm, and a place to stay for now.

“It’s just stuff we can buy again," she added. "My family got out and that’s what’s important."

A GoFundMe page has been created to assist the Hampson family.