MILLCREEK, Utah - A water main split near Parleys Canyon Friday morning and caused some headaches for drivers as traffic backed up along I-215 Northbound near I-80.

Phillip Davidson, who had his daughter Alexis in the car with him, was driving north on I-215 around noon, he said. All of a sudden, "It was lights out for a second."

Water shot out from the mountainside, creating a muddy mess on the freeway and the exit two off-ramp that leads into the canyon.

“It just erupted," Davidson said. "She yelled 'What is that?' And I looked over and there was this - I don’t know how high it was in the air - it was super high and it was raining down. And we went through it and rocks, dirt, water, everything. Just got nailed by everything on the car.”

Friday afternoon, crews blocked off Wasatch Boulevard north of Wart Road. Just beyond the intersection is where water shot out from the ground, creating a big hole.

Scott Clements house is closest to the hole. He said he suddenly heard a rush of water and ran to the back window to look outside.

"I saw a giant geyser," Clements described. "It looked like Old Faithful, putting out more water than even Old Faithful does and it was shooting across the freeway all the way to the median between northbound and southbound I-215."

Clements said they had a water line break in front of his home six months ago, but he was not expecting to see water shooting out of the street behind his house Friday.

“Never seen anything blow up quite like this. It was incredible," he told FOX 13.

Salt Lake City Public Utilities Deputy Director Jesse Stewart said the 16-inch main that split is one of the city's newer ones, built in the 1970s. Around 3 p.m. Friday, he told FOX 13 they still were unsure why the line split. He said crews were working on the repair and would find out the cause during their work.

“We need to keep some positive pressure in the pipe so that we don’t actually drain it and siphon dirt and debris back into it," he said, explaining why water was still flowing out of the broken pipe.

UDOT spokesperson John Gleason said they anticipate a lane of I-215 and exit two to stay closed throughout the weekend. He said they have to be certain the mountainside is reinforced before reopening the area. They plan to reassess the situation Monday.

The bike path along Wasatch Boulevard is closed, as well, at least through Saturday. 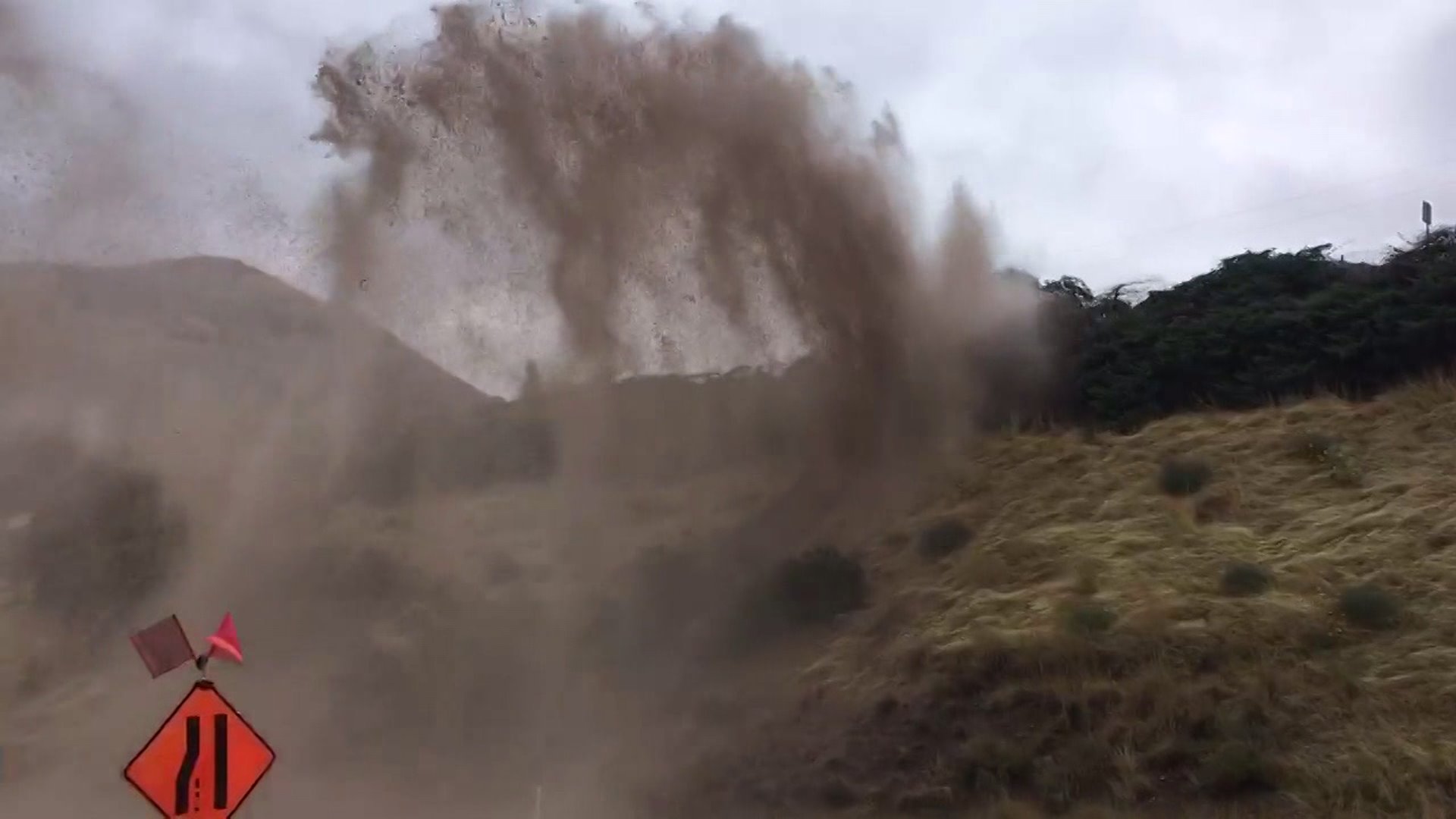