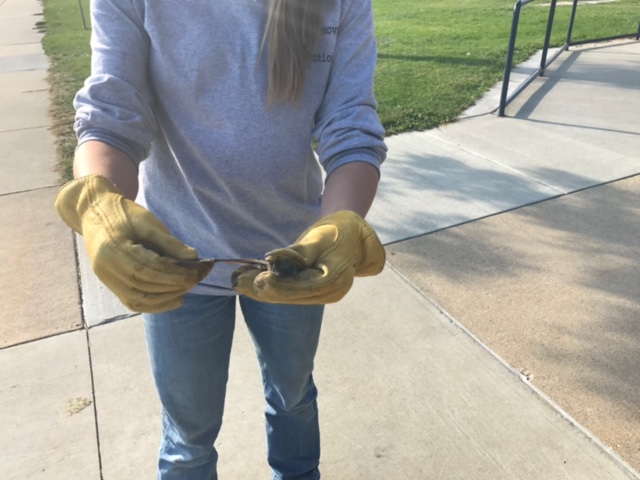 DAVIS COUNTY, Utah — The auditorium at Layton High School is closed to all use after school officials estimate as many as 2,000 bats sought shelter in the building.

Chris Williams, a spokesman for the Davis School District, said they have seen bats in their schools over the years, but never on this scale.

“The bats have been here for at least a week now, and there’s quite a number of them: more than we ever anticipated,” he said. “[Tuesday] night there were 400 bats caught and brought outside, the night before another 400. How many are in there now? I’m not necessarily sure, but there are so many we have decided to close the auditorium to any sort of events.”

Williams said they suspect the recent cold weather caused the mass relocation to their auditorium, which he said makes for a warm and cozy environment for the animals.

“My understanding is we have dampers on the auditorium that for some reason weren’t closed properly… They got into those, and I don’t know how word spreads among the bat community but we can estimate a couple thousand bats initially went in the auditorium,” he said.

Williams said the bats have largely been contained to the auditorium, but a few have made their way out into the halls. He said the company they are contracting with removed about a dozen bats from the hallways Wednesday morning and they make it a priority to keep bats out of student spaces.

Should a student come into contact with a bat, the district would implement a medical protocol that involves six shots over the course of six days, which is something Williams said they hope to avoid.

“We don’t want students and bats to intermingle, that would be a problem,” he said.

Because bats are protected, the school cannot harm them in any way and Williams said they have no wish to harm the animals. He said they just want the bats out of their building.

T”he company that we’ve contracted with uses sticky traps… on a long pole and they will reach up and get the bats,” Williams said.

The bats are released elsewhere after being captured. Williams said he wasn’t sure how long it will take to remove all of the bats, and he said the fact some bats are hanging high in the rafters means the company removing the animals can’t reach all of them just yet.

Once the bats are all removed, he said it will be a lengthy process to clean up the mess and reopen the auditorium.

“Every nook and cranny a bat is going to go or spend time, we have to clean that,” he said. “I can’t even imagine what it has done to our seats in there, but it’s going to be a long process to clean, no doubt about it.”

All other school business and extra-curricular activities are continuing at the school as normal. Williams said so far the only impact is to the auditorium, which will remain closed until the situation is resolved.