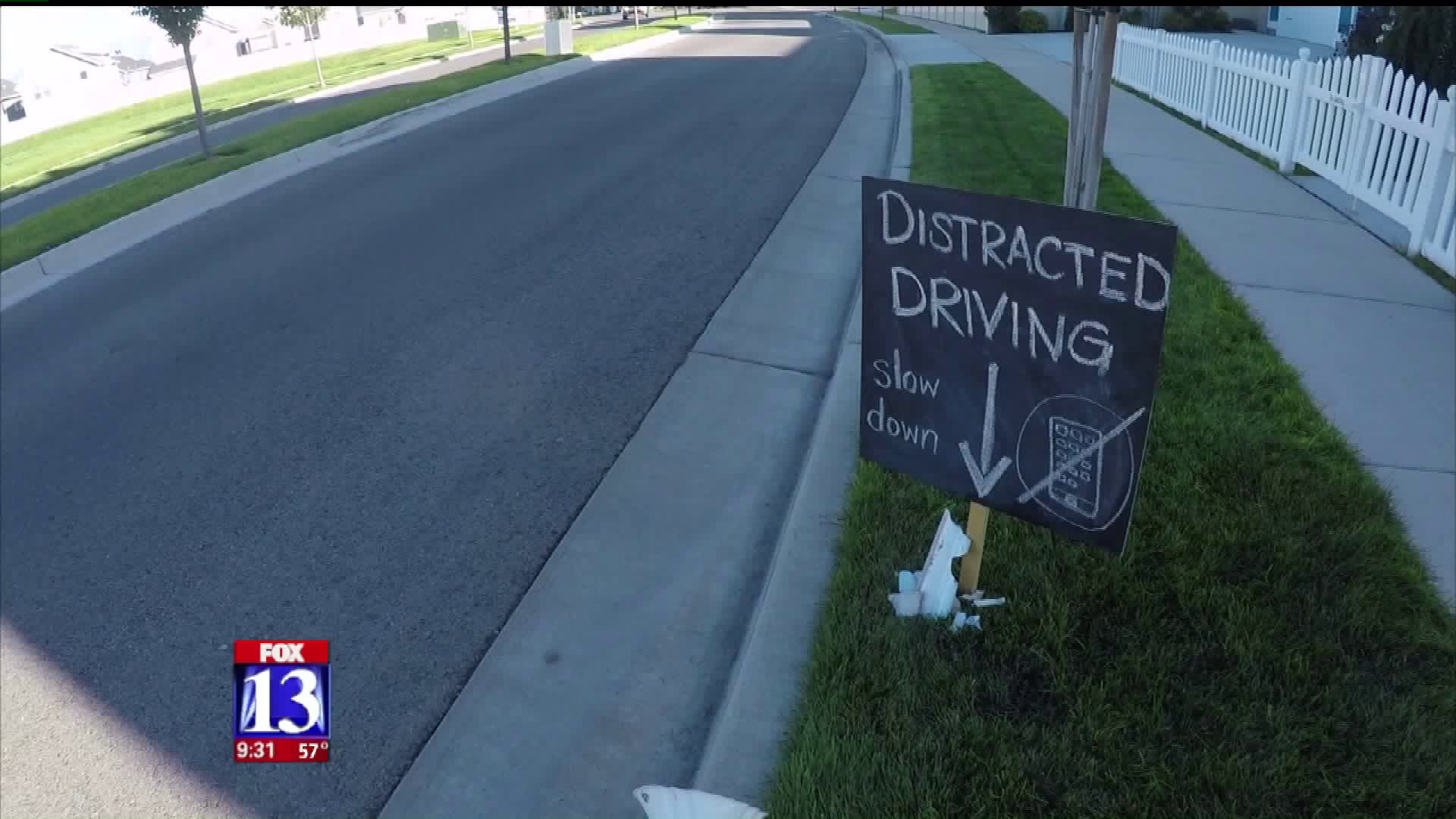 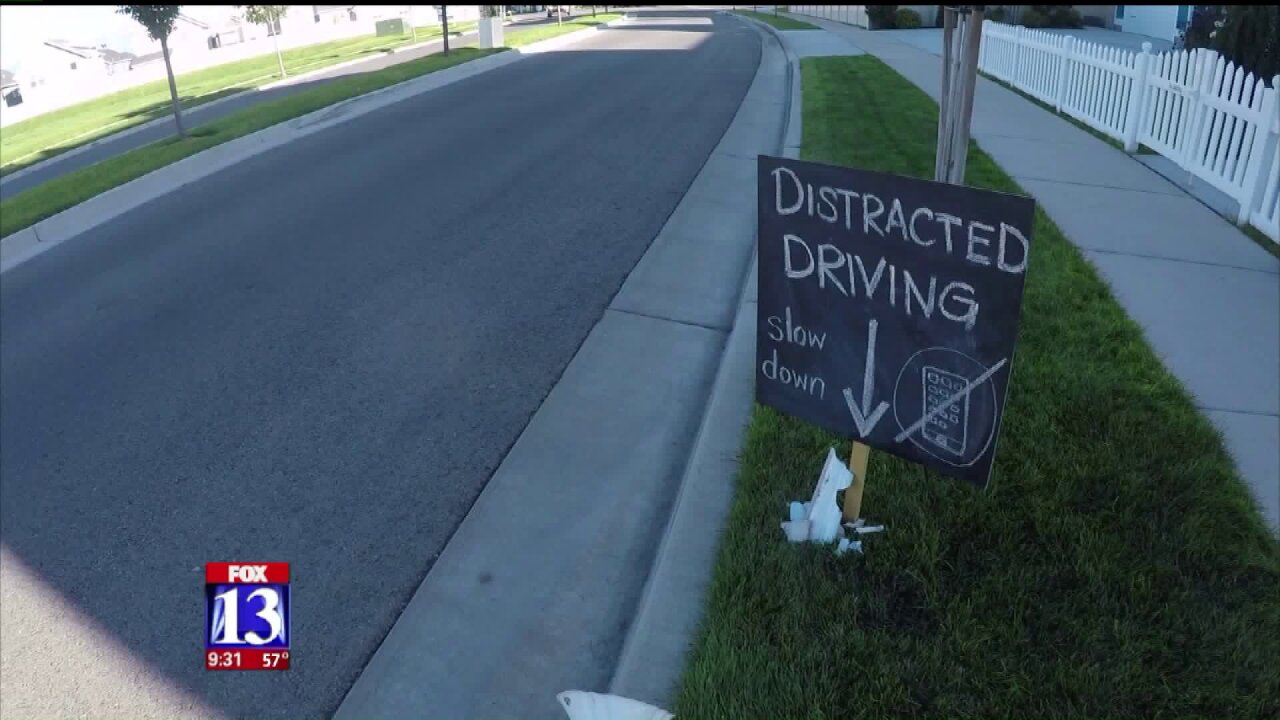 HERRIMAN, Utah -- A Herriman woman has gotten creative with warning drivers in her neighborhood after she said a distracted driver plowed into her mailbox on Tuesday just feet away from where she was standing, then took off.

Danielle Hartley said it’s usually difficult to cross Herriman Rose Boulevard at the crosswalk with Meadowside Drive because drivers—some of them distracted—just blow on by.

As she stood there at the crosswalk Wednesday afternoon, car after car passed her and her neighbor.

A couple of minutes later, she was still standing in the same spot.

“Nobody has stopped yet,” she said.

Hartley lives just a couple of houses down from the crosswalk, across from the neighborhood park.

She said she usually jumps in to help children who are having a difficult time getting cars to stop so they can cross the street.

“The dad yelled and the car finally saw them, and slammed on their brakes,” she said, recounting one of the incidents.

On Tuesday as Hartley mowed her lawn, she said she heard a crash—but not at the intersection.

“I realized he had hit my mailbox,” she said, of what she described as a male driver in his 40s, in an older dark gray Honda Accord.

She said he’d been looking at his phone, and looked up to see what happened.

“I saw him like this,” she said, looking down at her hand, “and then, kind of look up quick, look at the mailbox, and then just keep going.”

Hartley said she yelled and waved her arms to get the man’s attention but he drove away.

That night, she came up with an idea to make a sign to stake into the ground next to her mailbox.

The chalkboard-style sign says, ‘DISTRACTED DRIVING’ at the top, with an arrow pointing down to her broken and defunct mailbox. On the bottom left corner she wrote, ‘slow down,’ and on the bottom right corner she drew a cell phone inside of a circle with a line through it.

Hartley said she’s already received a positive response from people who are glad she’s spreading awareness in the neighborhood.

“People have been saying, ‘I saw your sign. Thank you for posting it,’” she said.

Not only does she hope to spread a message against distracted driving and speeding on her street, Hartley said she also wants to spark the city to make change.

Hartley said they tried to go to the city several times in the past to get something done at that crosswalk, but to no avail.

But she said more apartments and townhomes have been built in the area, and her street is now a main thoroughfare.

“It just keeps getting busier,” she said. “There's no stop signs on this street, there’s no speed bumps. So, people just race down the street.”

And for the driver—Hartley said she wants him to come forward, apologize and replace her mailbox. Or at least she hopes police will be able to track him down and hold him accountable.

“I just hope that you do the right thing,” she said, addressing the driver.

Hartley did say that another driver following the man took down his license plate number and gave it to police.

Unified Police said they are investigating the incident.