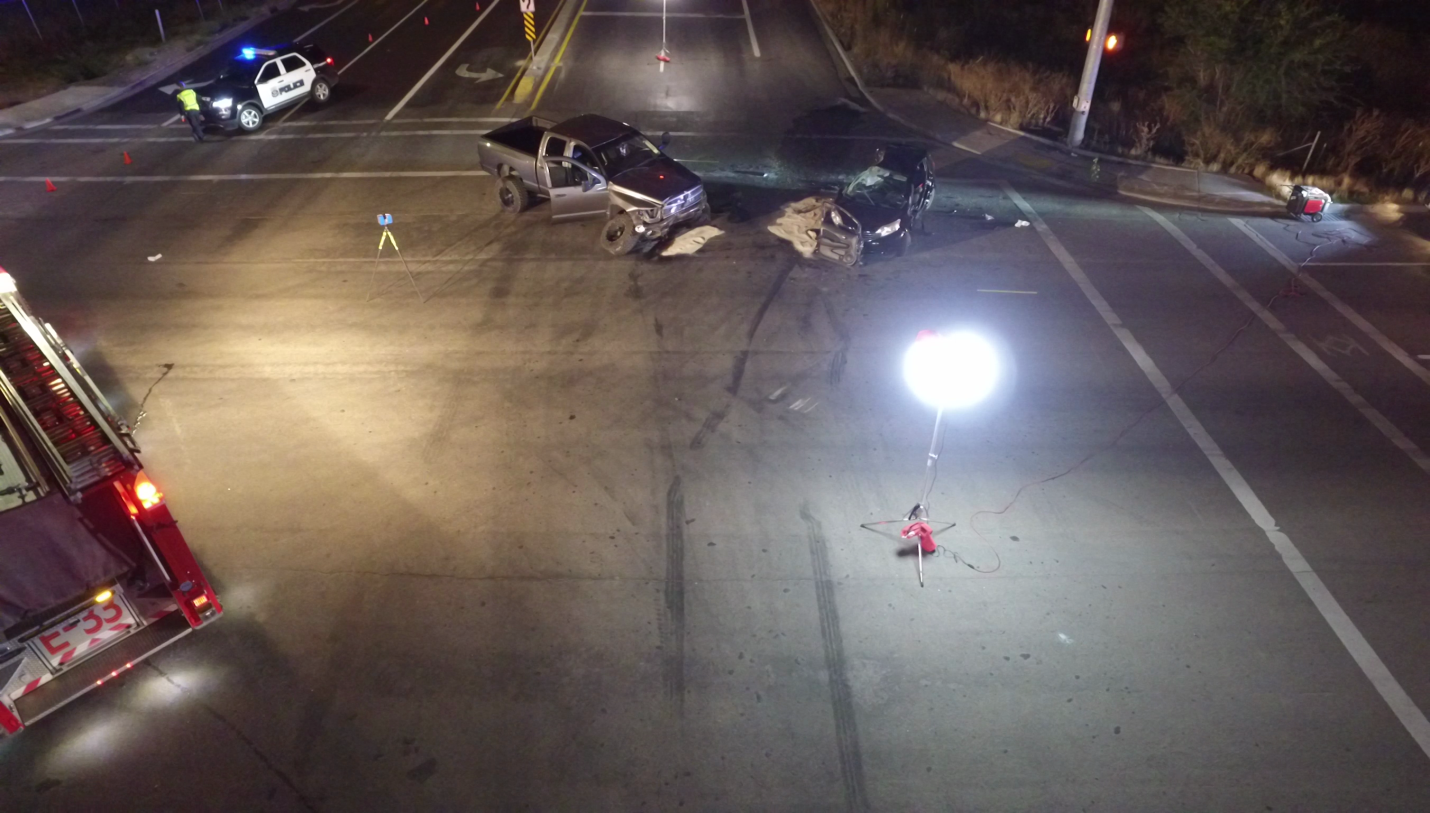 LINDON, Utah — An 18-year-old man from Lehi died due to injuries he suffered in a crash in Lindon Wednesday night.

According to a press release from the Lindon Police Department, the crash occurred around 7:45 p.m. at the intersection of 700 North and Geneva Road.

A black Nissan passenger car attempted to turn left from 700 North to Geneva Road, placing the vehicle in the path of a westbound Dodge pickup truck. The driver of the truck was not able to stop and the vehicles collided.

A passenger in the Nissan, 18-year-old Jacob Broadbent of Lehi, suffered severe injuries and was transported to a hospital, where he later died.

Police say Broadbrent was properly restrained when the crash occurred.

There were no reports of serious injuries beyond the fatality.

Lindon Police are investigating the crash and say at this point it does not appear as though speed or alcohol were factors in the crash. The press release states charges may still be pending.