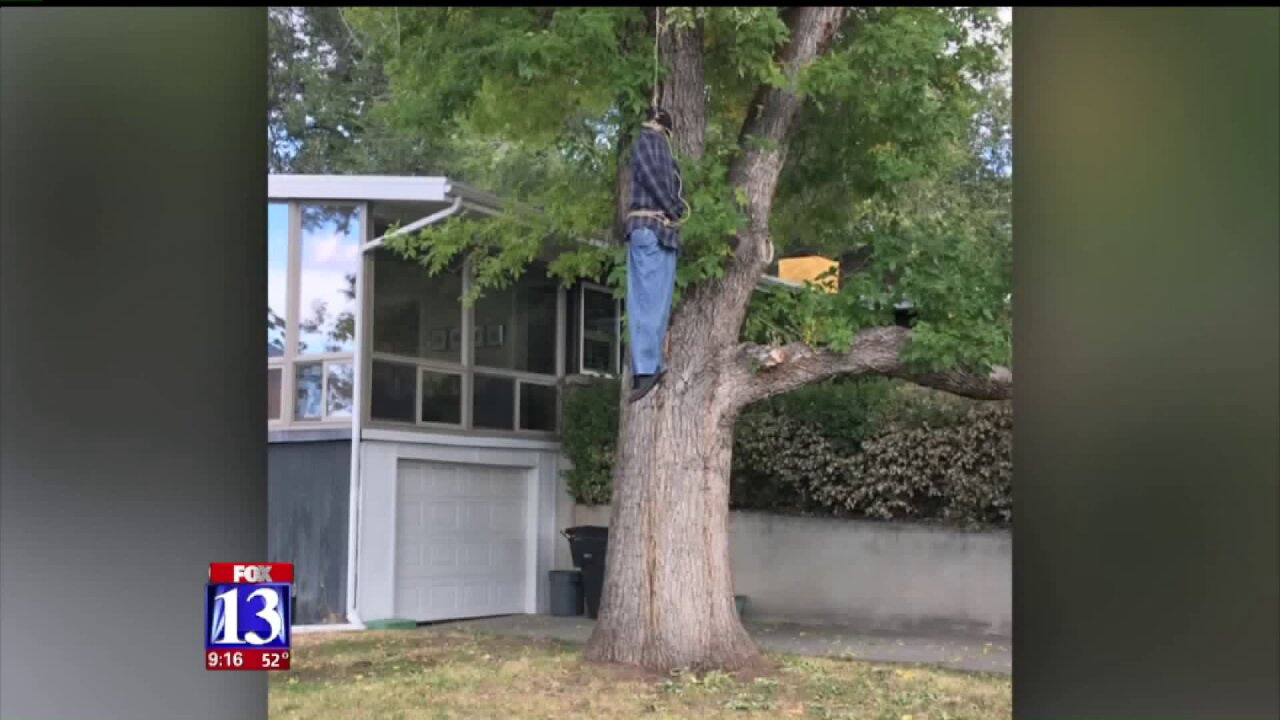 HOLLADAY, Utah - Call it an effigy, call it the hanging man or just a Halloween decoration.

Deeds hung a full-sized mannequin with a rope around its neck from a tree in his front yard in Holladay. He says he bought it on eBay for about $60 with shipping. It came with a black hood for a face.

"One of my neighbors came by and said you know, it looks a little racially motivated," said Deeds.

He climbed back up and changed the face on the mannequin, using an orange pumpkin mask. Wednesday, Deeds added some spiderwebs and a large spider, saying he hoped the changes would make it clear his decoration isn't racially motivated.

"This was in no way shape or form racially motivated, it's 100% just a Halloween decoration," Deeds said.

Still, the addition of the mask hasn't stopped the complaints from coming in. The Mayor of Holladay Rob Dahle, says his office got ten complaint calls on Tuesday morning alone.

"Our number one goal is to have it removed, and removed as soon as possible," said Mayor Dahle. "It's not something we're just going to let go. We're going to get it rectified."

But whether you like the decoration or hate it, Deeds has not broken any laws. It is hanging on his private property and is not obstructing any public right-of-way.

In fact, the only crime related to Deeds decoration came last year, when the version he had put up was ripped down.

"Someone came and ripped it off, tore down the hanging man and stole the mask and ruined the decoration," said Deeds.

He says he isn't looking to offend anyone, but he doesn't feel like he should be forced to take his decoration down and he has no plans to take it down until after Halloween.

After he spoke with Fox 13 News, Deeds said he responded to a post the city made on the NextDoor.com. Shortly after his response, he said the comment was taken down. Below are screenshots Deeds says were taken before the post was removed on Tuesday night.