HURRICANE — The Hurricane Police Department have added a new member to their force this week and it’s highly-mobile, armored and ready to take on just about anything.

St. George News got a chance to be at the Department’s reveal of the new Mine-Resistant, Ambush-Protected vehicle or MRAP.

According to St. George News, the vehicle has been with the Hurricane PD since 2016 but over the past year, the armored rescue vehicle has received a total makeover.

Officers say the MRAP will act as a rescue vehicle, equipped with medical supplies, rescue equipment and other items needed for any type of emergency or rescue operation.

“We’ve outfitted it to be used as a civilian rescue vehicle, or CRV, and hopefully we’ll never have to use it, but it can be used in a natural disaster, flooding, something really bad like an active shooter or other large incidents,” Hurricane Police Officer Ken Thompson said.

According to St. George News the vehicle can fit at least 20 individuals during transportation operations, cross rivers with a depth of more than 3 feet, drive over large obstacles and debris, and navigate difficult rescue areas that other vehicles wouldn’t be able to reach.

Police say the vehicle’s  ‘Michelin Run Flat tires’ are designed to withstand harsh conditions, and can continue to function around 30 mph even if one or all of the tires become flat. 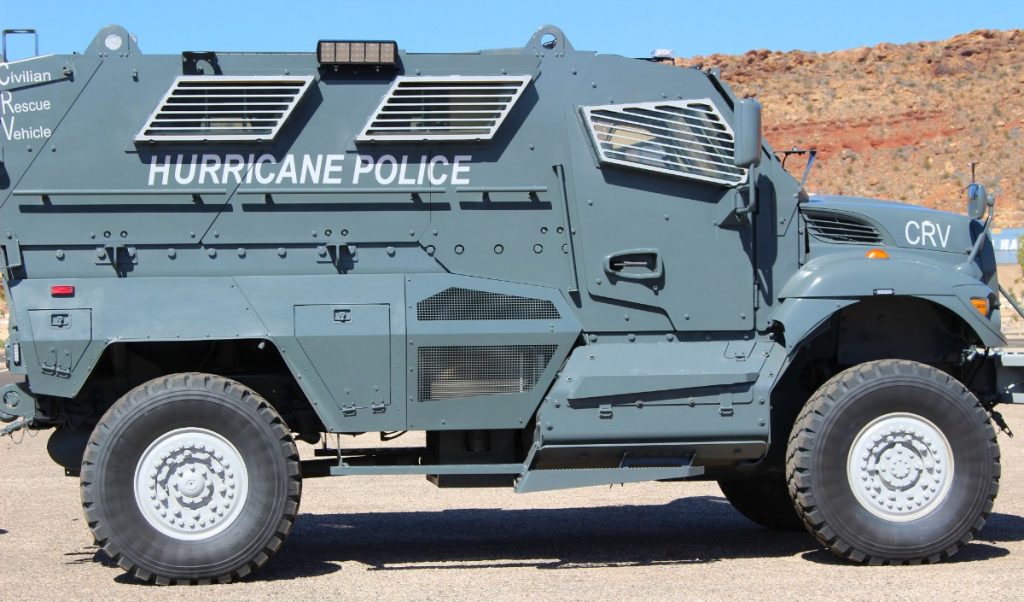