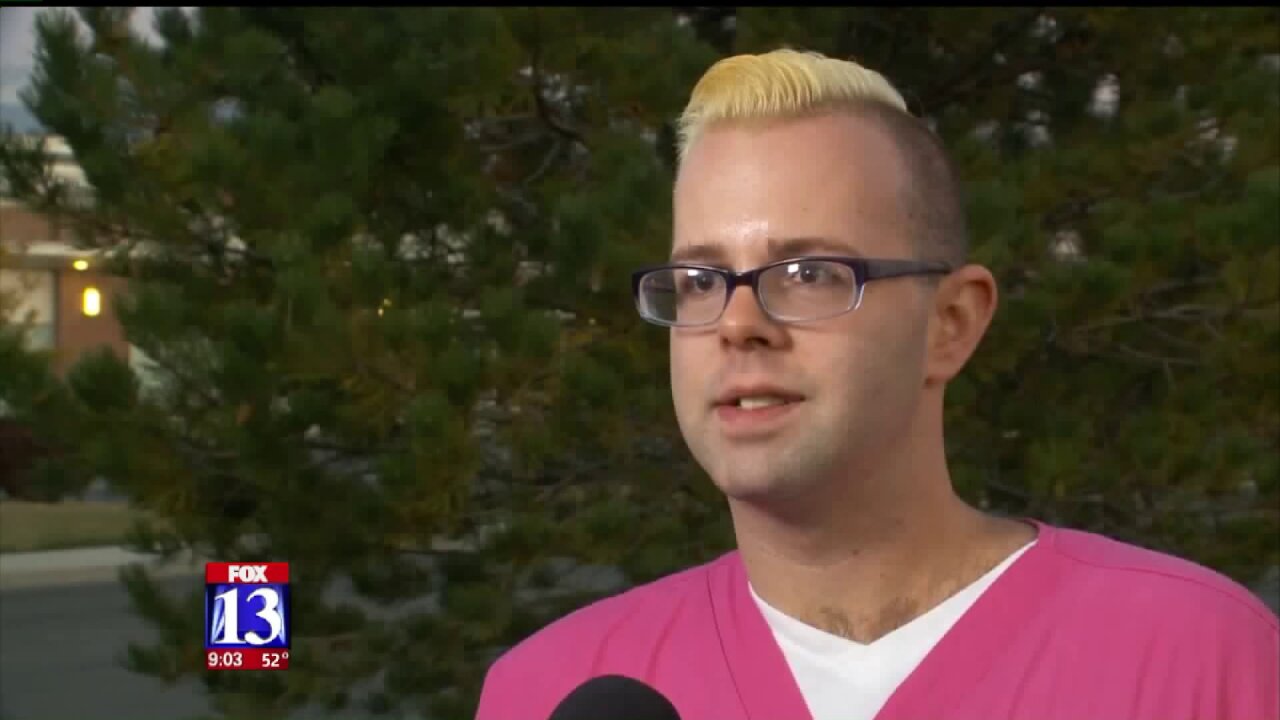 MIDVALE, Utah -- A cold-hearted crime was caught on camera in Midvale.

Surveillance footage from inside the 7-Eleven at 6852 South State Street appears to show a woman going through the wallet of a man who is on the ground having a seizure.

“While he was down on the ground, one of the customers went behind the counter, got into his back pocket, you can see in the video takes his wallet out and removes his driver’s license and a credit card,” said Detective Ken Hansen with Unified Police Department.

The man having the seizure was Dustin Malone.

“I go completely stiff, my eyes go back, I lose consciousness and I collapse,” Malone said.

Malone has epilepsy. He’s had seizures before, but having them in public is rare for him. He works as a certified nursing assistant in West Jordan but has also worked as an EMT in New York and as an Army Medic in the National Guard.

“Nothing irritates me more, as a healthcare provider, than people who victimize other people,” Malone said.

When Malone came out of the seizure, he discovered his credit card and driver’s license were missing. He called police, who released the video hoping it leads to a tip to identify the woman.

“It’s kind of unbelievable actually to see them just steal from this poor guy who’s going through a seizure,” Hansen said.

Malone says the next day he got a text alert his credit card had been used for a $130 purchase at Hollister. He has recovered from the seizure, but is still hurt to know someone would take advantage of him when he was at his most vulnerable.

Anyone who recognizes the woman pictured in the surveillance footage is asked to call Unified Police at 801-743-7000.