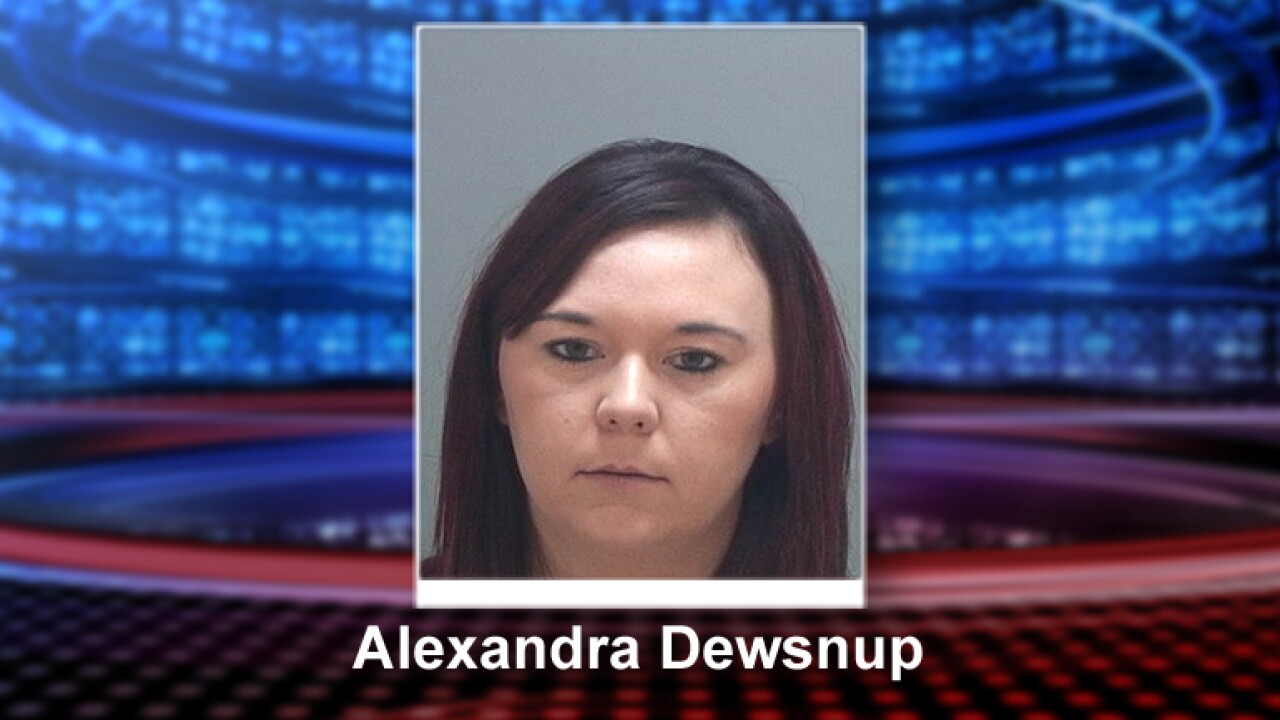 SALT LAKE COUNTY, Utah -- Police have arrested a woman who was caught on camera taking a credit card from a man as he was suffering a seizure in a Midvale convenience store.

According to a press release from the Unified Police Department issued Wednesday, 28-year-old Alexandra Dewsnup has been booked into the Salt Lake County Jail on charges of felony theft and unlawful possession of a credit card.

"The suspect in this case has taken responsibility and is now in custody," the press release states.

According to a statement of probable cause, police received numerous tips identifying Dewsnup, including from her relatives. Police say Dewsnup contacted police and arranged to turn herself in.

Police state that Dewsnup told police she was under the influence of Xanax at the time but takes full responsibility for the theft.

The case gained widespread attention after video of the incident was circulated to the media. The video shows Dustin Malone suffering a seizure on October 4 at a 7-Eleven at 6852 South Street.

As the man is helpless on the ground, the video shows a suspect taking his wallet and removing some cards before leaving. Police say the credit card stolen from the man was used in an online purchase a short time later.

Malone spoke to Fox 13 about the theft, saying he has epilepsy but rarely suffers seizures in public.

“I go completely stiff, my eyes go back, I lose consciousness and I collapse,” Malone said.