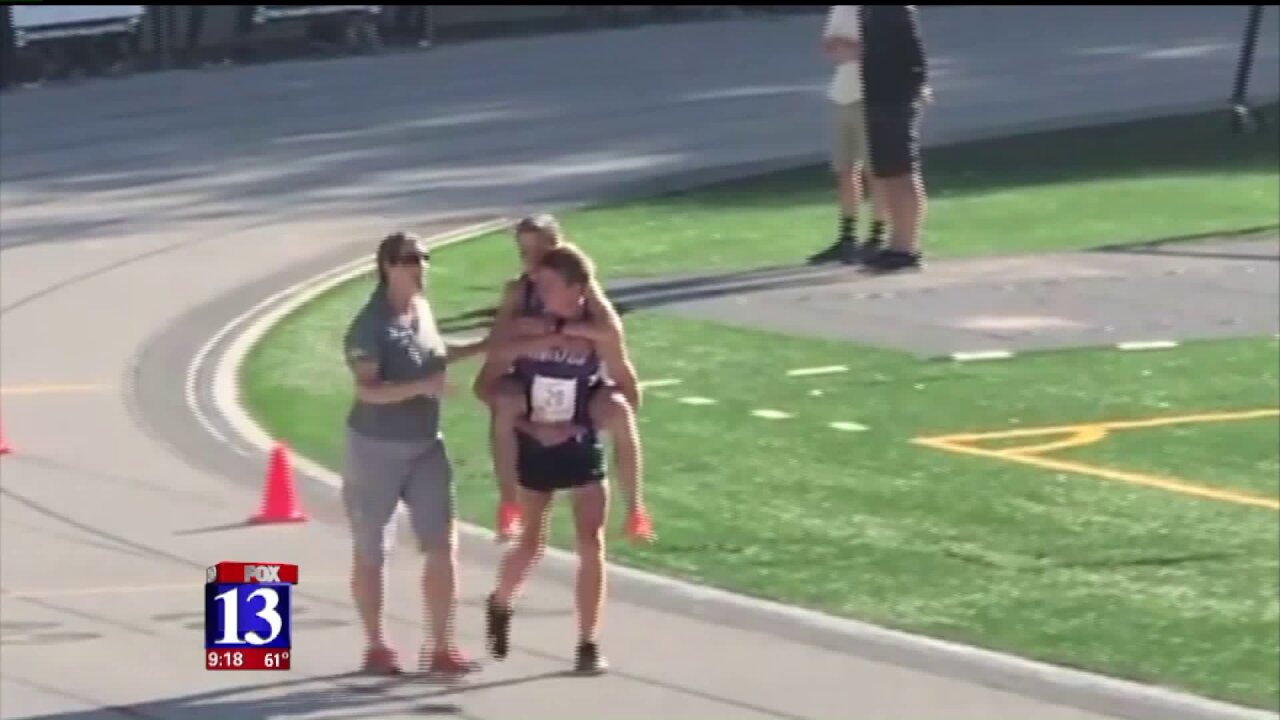 It’s the race these Riverton runners had been waiting for all season.

"Our training plan, everything was geared toward state, so we wanted to win state for sure," Rausch said.

Blake, a junior, was 400 meters from the finish line when he felt a sharp pain in his leg.

It was so loud, his mom, Brooke Lewis, heard it from where she was cheering.

"I thought he stepped on a branch," she said.

He fell to the ground, screaming in agony.

"It was excruciating," Blake Lewis said. "It was like no other pain I've ever felt."

"I have never actually heard him scream like that before," Brooke Lewis said.

Blake broke his tibia during the race. Doctors say he had a cyst in his bone that burst.

Blake's mom was about to hop the fence and run to her son when she saw his teammate, Sean Rausch, run up to him.

"I put him on my shoulders and he was screaming the whole way, but I kept telling him, 'We're a family, we're a team, and we're all in this together,'" Rausch said.

The rule at state championships is that you can't touch another player during a meet, so both boys were disqualified, and for Rausch that was a pretty big sacrifice.

"He picked me up and brought me to the finish line and disqualified himself for something greater and definitely made my day," Blake Lewis said.

Rausch carried Lewis to the edge of the finish line and then helped him as he hobbled across.

"As soon as I saw him, I gave him a big hug and told him he's a hero to me," Blake Lewis said.

Sacrificing his success to literally pick up his teammate when he's down.

"I've run thousands of miles with this guy, and like when someone picks you up you know that they love you, you know," Blake Lewis said.

There is one more race opportunity for Rausch. The team is competing in the Nike cross regional in Arizona next month. Lewis won't be able to run, but he'll certainly be cheering on Rausch and the rest of his team from the sidelines.