HILDALE, Utah — Leaders of the Fundamentalist LDS Church have been served an eviction notice at their meetinghouse on the border of Hildale, Utah, and Colorado City, Ariz.

Representatives of the court-controlled United Effort Plan Trust served the eviction notice at the Leroy S. Johnson Meeting Hall in the middle of town. Video posted online by residents in the community showed armed police officers setting up a ladder to climb over a massive wall that surrounds it. A locksmith is standing by as a woman who appears to be an FLDS member argues with a deputy.

“We were there to assist in keeping the peace while representatives of the UEP served and executed a commercial eviction,” Trish Carter, a spokeswoman for the Mohave County Sheriff’s Office, told FOX 13.

The meeting hall has been where members of the Utah-based FLDS Church have historically met to hold services. The UEP Trust sued to get control of the meeting house and on Monday they obtained a court order.

“We wanted to make sure it was being used appropriately,” said Jeff Barlow, the executive director of the UEP Trust. “We didn’t want to lock them out. We want them to keep using the building.”

After meeting with FLDS representatives and doing a walk-through of the building, Barlow told FOX 13 they agreed to allow the church to continue to use the meetinghouse.

“The FLDS will continue to use the building. That’s all we want is communication,” he said.

The UEP was taken over by the Utah State Courts in 2005 over accusations that polygamist leader Warren Jeffs and other FLDS leaders mismanaged it. Since then, communal property has been subdivided and farms and other businesses have been claimed by the UEP as taxes went unpaid.

The state of Texas seized the FLDS Church’s only temple following a massive raid where hundreds of children were taken into state protective custody. Jeffs was convicted stemming from that on child sex assault related to underage “marriages.” 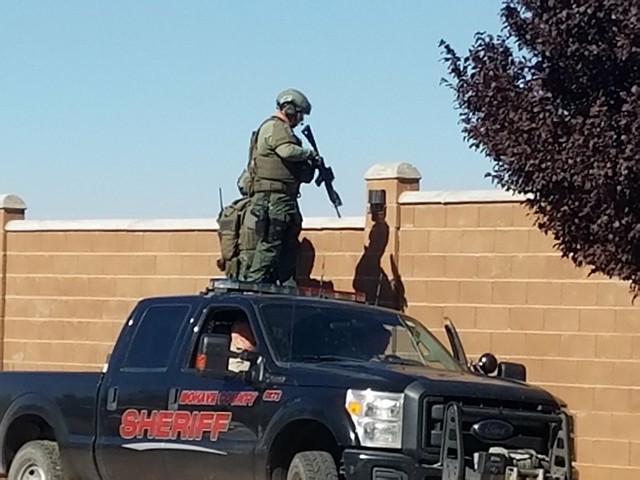