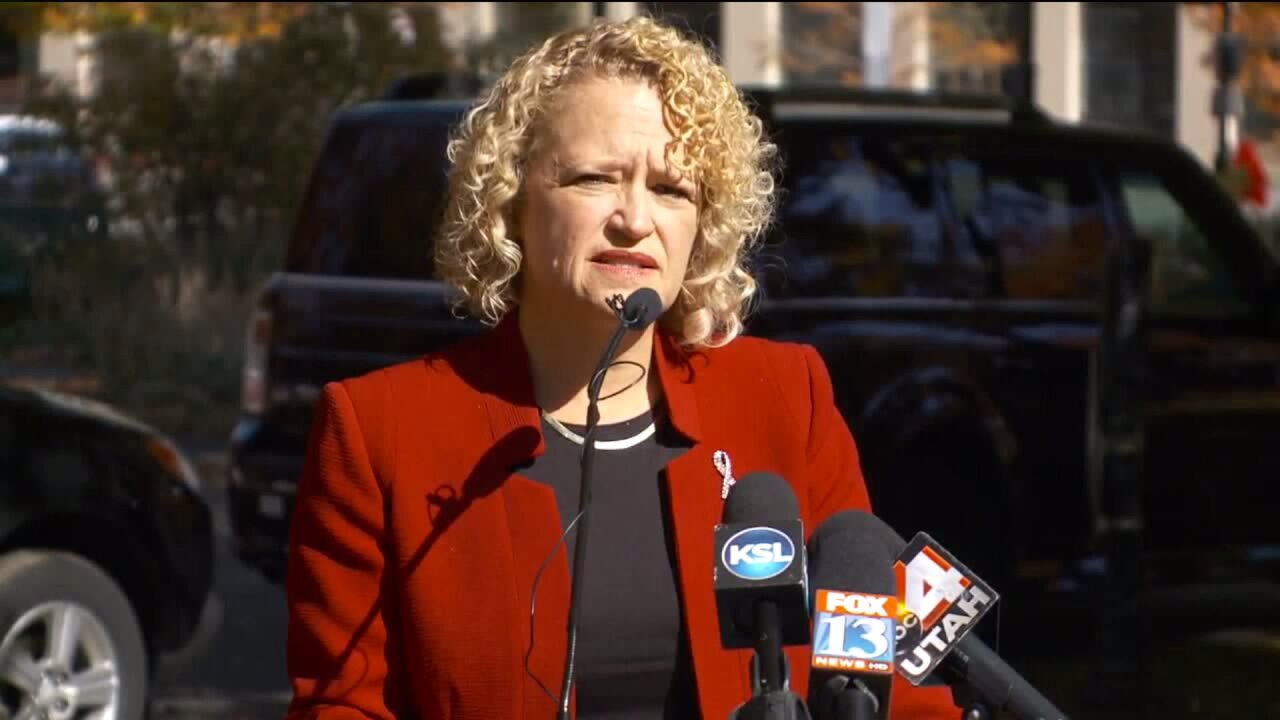 SALT LAKE CITY — Mayor Jackie Biskupski is among dozens of mayors across the nation in urging the U.S. Supreme Court to uphold non-discrimination laws in a case involving same-sex marriage and a Colorado cake shop.

The “friend of the court” brief by 80 mayors and 70 cities and counties urges the nation’s top court to side with Colorado in Masterpiece Cakeshop v. Colorado. It argues that local non-discrimination laws help “to ensure that members of our communities are able to live and work together despite differences in how they look, what they believe, or whom they love.”

“Discrimination against LGBTQ people – whether the loss of a job, eviction from a home, or rejection by a business – demeans them as individuals and affects our communities as a whole, fostering an environment of exclusion where not all are entitled to respect. Cities and counties have responded by enacting a wide range of local laws and policies to ensure equal treatment of LGBTQ people in a variety of contexts,” the filing states.

The filing said if the U.S. Supreme Court grants a First Amendment “right to engage in status-based discrimination,” it would undermine their efforts to ensure equal treatment for LGBTQ people.

“As the first openly gay mayor to lead this great city, I feel a personal responsibility to ensure we are building a city for everyone, and not creating a ‘license to discriminate’ anywhere in this country,” Mayor Biskupski said in a statement accompanying the filing.

The Court will hear arguments in December involving Masterpiece Cakeshop’s challenge to rulings against it by Colorado’s Human Rights Commission. Owner Jack Phillips refused to bake a wedding cake for David Mullins and Charlie Craig, citing his religious beliefs against same-sex marriage. Colorado has a law prohibiting discrimination in public accommodations, which includes things like race, gender, or sexual orientation.

Utah has no public accommodations law that protects LGBTQ people. Salt Lake City Councilman Stan Penfold has been drafting a local ordinance, but it has yet to be unveiled.

Utah Attorney General Sean Reyes, 22 of 24 Republican members of the Utah State Senate and The Church of Jesus Christ of Latter-day Saints have filed their own amicus briefs in support of the cake shop and arguments for religious freedom.