U of U shooting suspect admitted to police he killed student

According to police, Boutain said he shot and killed Guo on Red Butte Canyon Rd. with intentions of taking his car.

Police said he also admitted to shooting at a woman with the intent to kill her so there would be no witnesses.

Boutain told police he stole three guns from a home in Colorado.

He traded one gun for an ounce of marijuana, police said.

Officers said he told them he hid another gun in a crevice of a wall near a homeless shelter and when he went back to get it, the gun was missing.

Boutain took officers to the makeshift camp where he and his wife were staying in Red Butte Canyon.

There officers found the holster and spent cartridges for a .44 caliber Ruger, which they said was used in the fatal shooting. 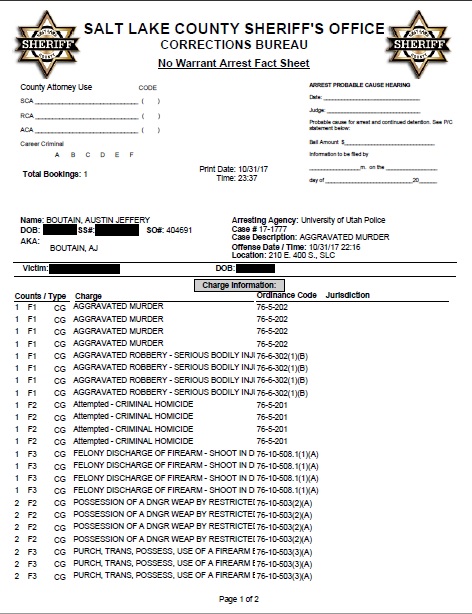