PARK CITY, Utah - A 29-year-old woman has been found dead in a hotel room in Park City and police said they are investigating the incident as a possible homicide.

Authorities were called to the Park Recency Hotel at about 1:30 a.m. Thursday, where they found the woman's body in a room on the hotel's third floor.

Police said the victim was found "still in bed" and they have been interviewing a male who had access to the room.

Officers said they do not have reason to believe the public is in danger.

Authorities blocked off an area at Prospector Plaza on the corner of Prospector and Bonanza with one white SUV inside the crime scene.

At one point, officers were using a metal detector to scan the ground outside the resort.

A blood trail is visible in the parking lot from the building to the mulch. One guest said a tree nearby had broken branches and a pool of blood at the bottom. She said she thinks the man went out a window and climbed down the tree.

"That's where the blood trail started that I saw, and it started by the office and came out through the doors and out this way," Cathleen Keller said.

Police won't say if the blood is from the man they are interviewing, but they said the man made contact with police in the general area where the blood trail ended. The man is considered a person of interest at this point.

The victim has not been identified at this time. 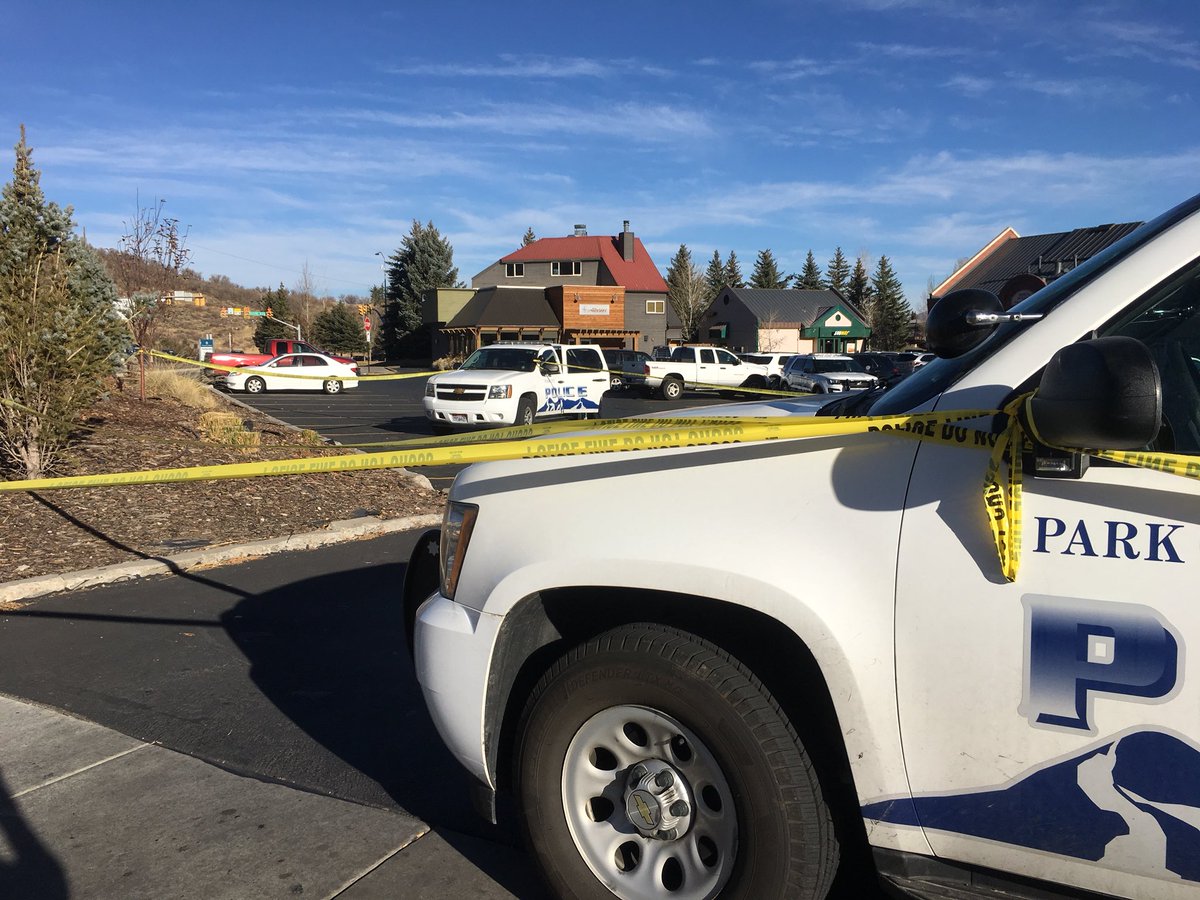