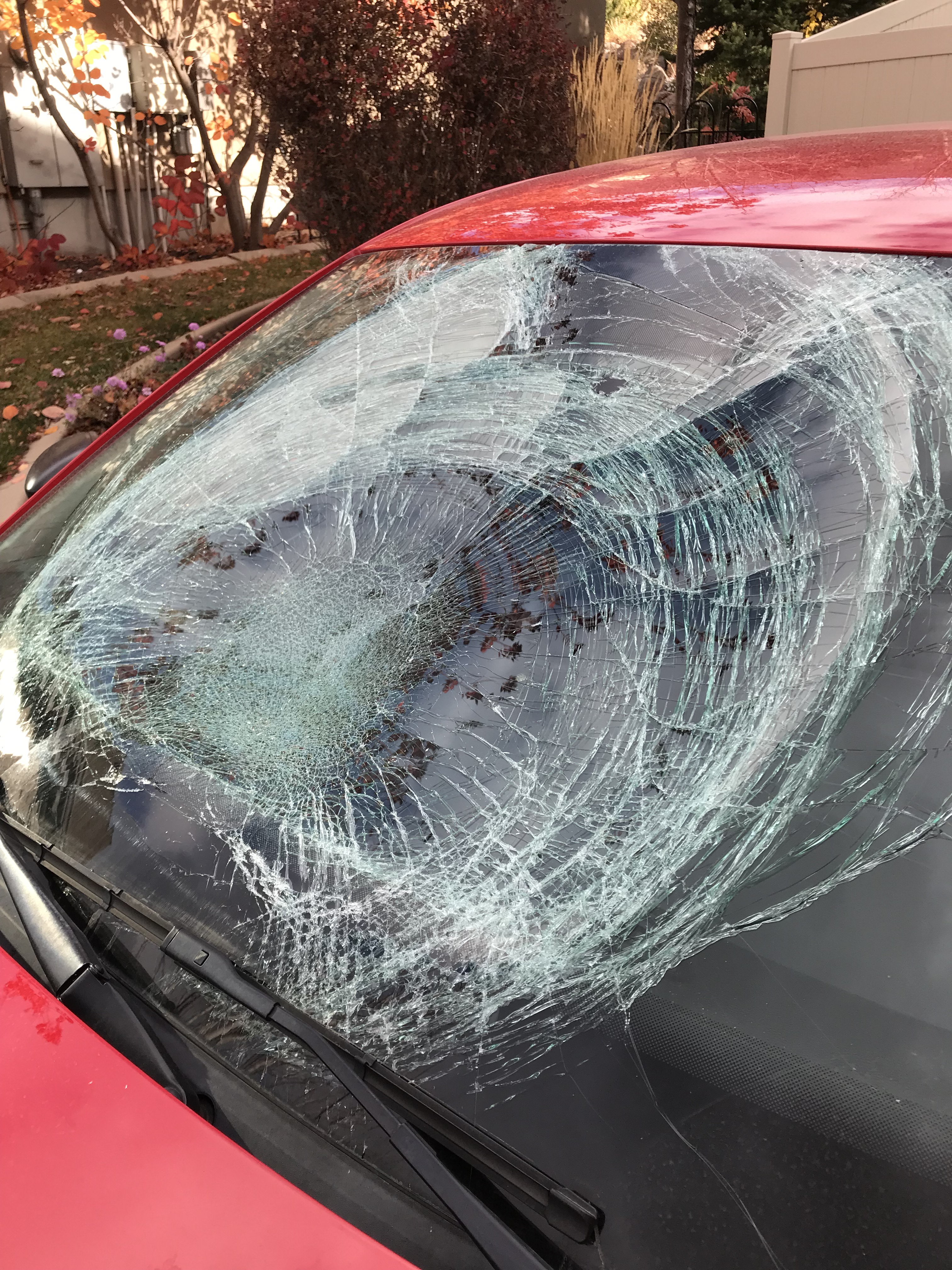 DRAPER, Utah — It was a terrifying and dangerous moment for a Utah teen Saturday night when a large bag of leaves smashed into her windshield as she drove in Draper.

A student at Corner Canyon High School who did not wish to be identified said she was driving near Highland Drive and 1300 East around 8:15 p.m. when the garbage bag full of leaves hit her windshield, causing significant damage.

The bag of leaves appear to have been thrown from above, where some railroad tracks on a bridge pass over 1300 East.

A friend of the teen’s traveling nearby in another vehicle thought they saw someone wearing a hoodie flee the scene, but they were not able to make contact with that person so they called police.

Sgt. Chad Carpenter with the Draper Police Department said such actions are no laughing matter.

“The consequences could be disastrous or fatal to others,” he said. “It’s not fun when it turns into something like that.”

He said the fact the item thrown from the bridge was a bag of leaves doesn’t reduce the danger.

“If you think about it, when you are driving underneath a bridge and something startles you and hits your windshield, a 50 pound bag of leaves is still 50 pounds; a person could swerve and crash into a wall, another car, or somebody on foot.”

Carpenter said they have school resource officers working with them on the case and they are confident they will find the culprits.

“We’re going to find out who’s responsible,” he said. “Kids can’t not brag.”

He said charges in such instances could go from criminal mischief to potentially a felony offense based on how much damage was caused. He said they want kids to have fun, just not in ways that endanger others.

“We want them to have a great time, we know kids want to have fun: Just do that respectfully and responsibly,” Carpenter said.

The incident comes just weeks after a high-profile case in Michigan, where several teens were charged with second-degree murder after throwing a rock from an overpass that killed a man.