SOUTH SALT LAKE, Utah -- A local principal literally tripped over a bronze plaque while he and his custodian were cleaning out a storage closet in the summer of 2016, and they discovered a piece of history from more than 70 years ago.

The plaque bears the names of 22 fallen soldiers, all of whom attended the school back in the mid-40s. All 22 sacrificed their lives during the war.

The school contacted the fallen soldiers' relatives to come to a special assembly held for their families on Friday, the day before Veterans Day.

He said they are grateful the plaque was found, even after the two or three moves the school has made since being at the old Granite High School location in the 40s.

"...and felt lucky we discovered it, and use it as a great learning opportunity for our kids as well as to recognize those fallen," Stirland said.

Another relative found a yearbook with all the soldiers’ pictures in it just a few weeks after Stirland found the plaque. The school wanted to do something special to honor the soldiers, so they created a special memorial in the hallway and planned Friday's assembly.

They reached out to the soldiers’ relatives through social media and found as many as they could. Many of them came with their loved ones and got to see their fallen hero’s faces for the first time during Friday's event.

During the assembly, the memorial was extended beyond the plaque, and the photos include individual biographies next to each fallen hero. 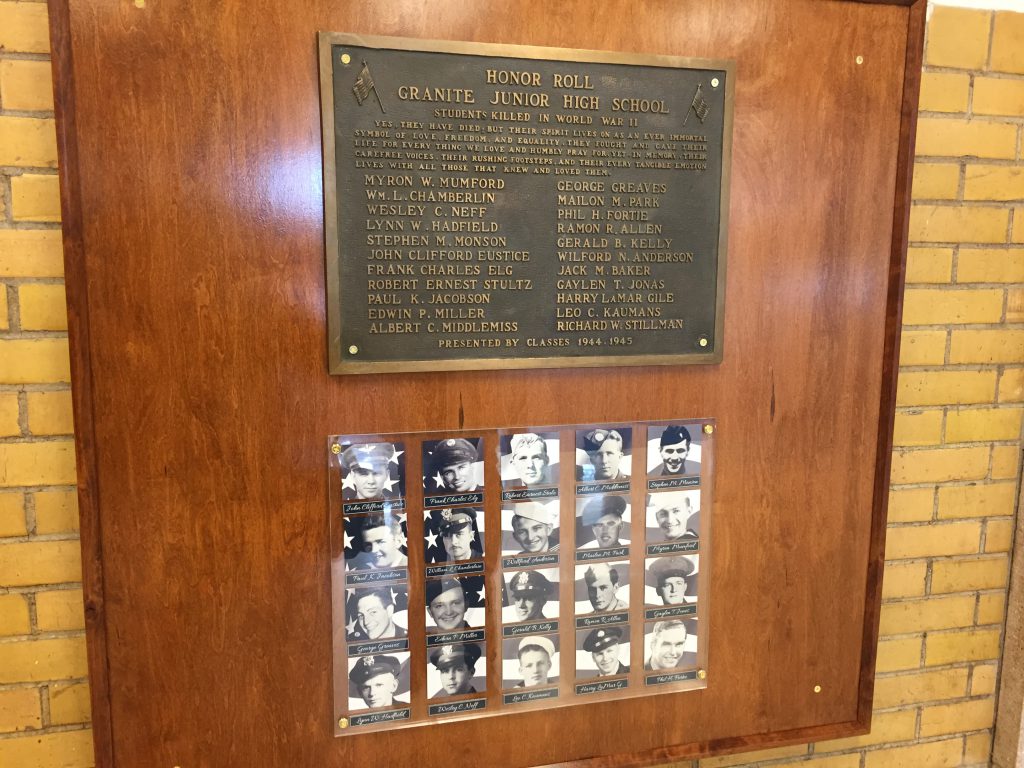