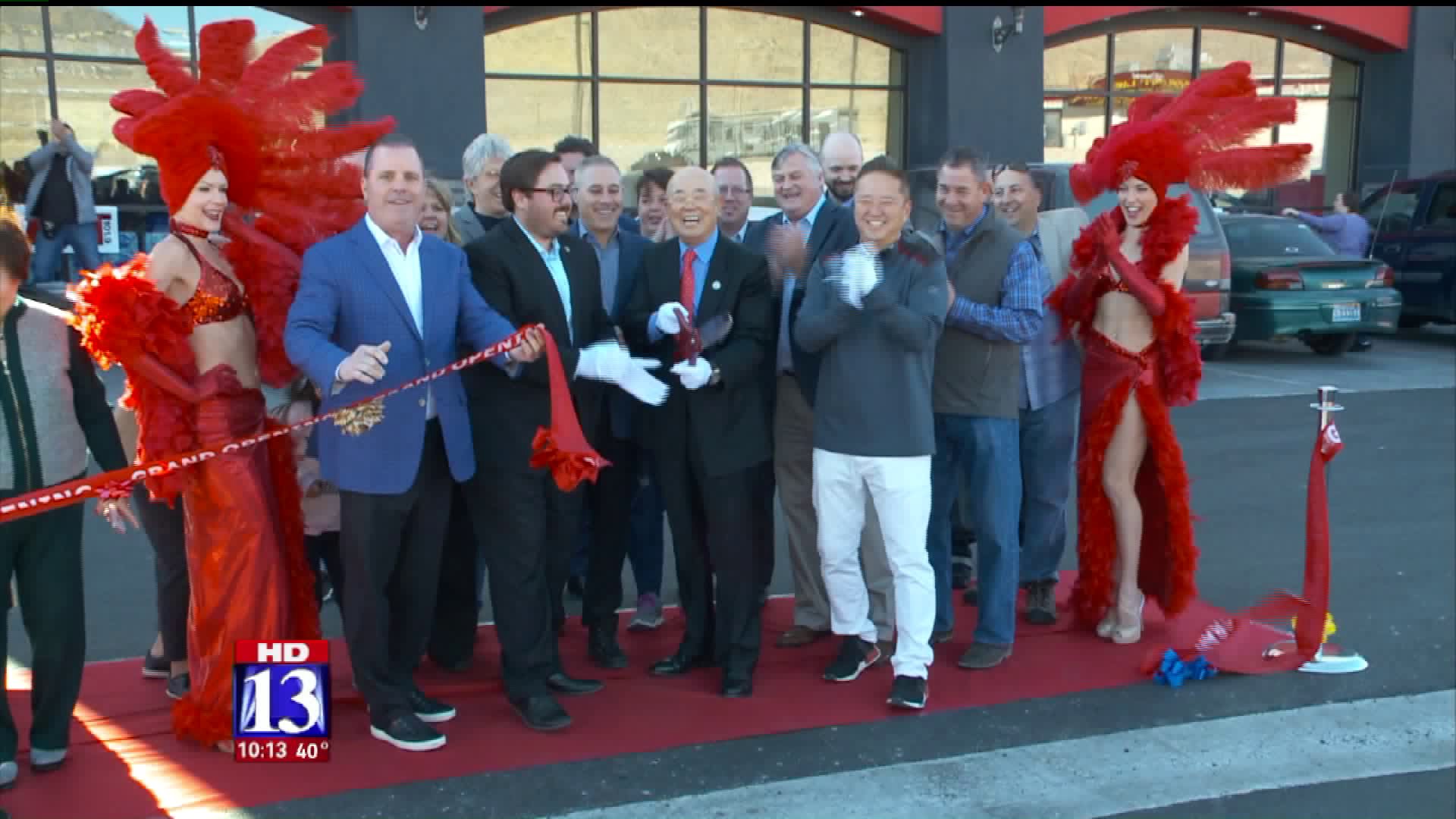 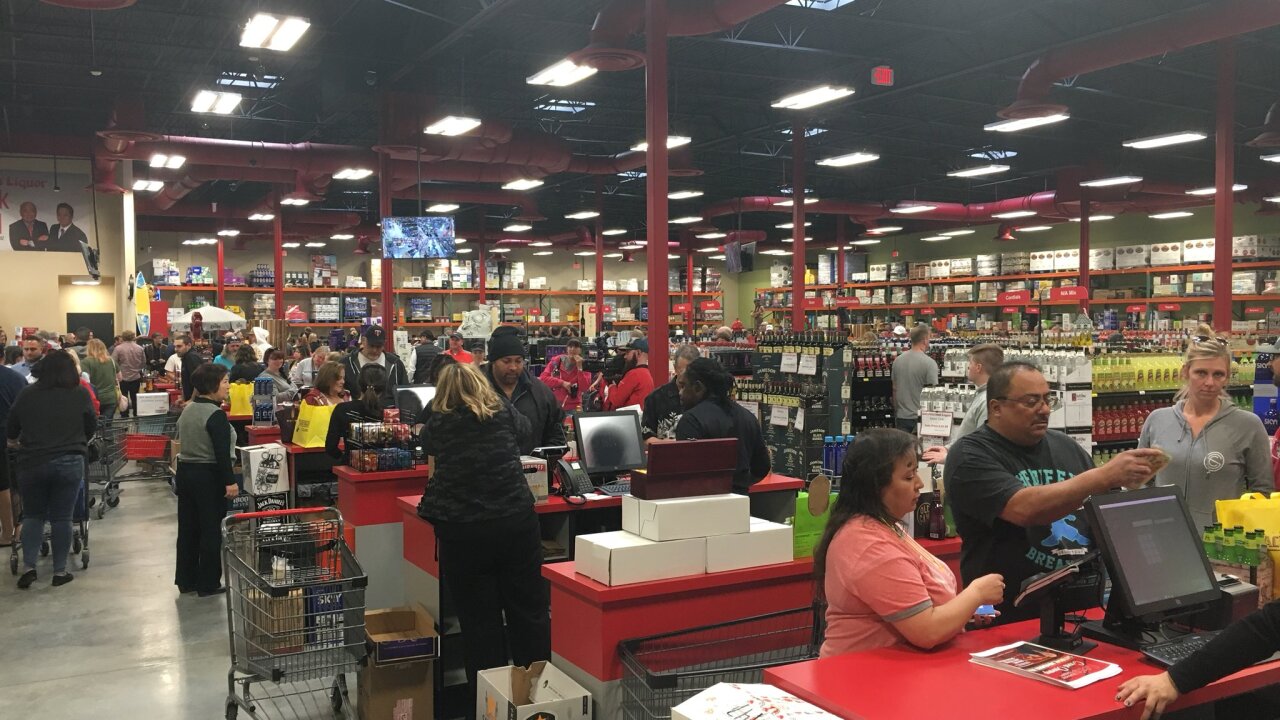 Inside the massive new Lee's Discount Liquor, people sampled spirits and wandered the aisles, stocking up.

"It’s huge! I can’t believe how big it is!" one woman remarked.

Utah customers who made the 90 minute drive from Salt Lake City to West Wendover pointed out the Lee's Discount Liquor, in size and selection, was nothing like a state-run liquor store back home.

FOX 13 first reported on Lee's Discount Liquor setting up shop in West Wendover back in July. Since then, the opening of the 26,000 square foot store has been anticipated by both city leaders and Utahns eager to break free of the staunch liquor control state.

On Saturday, crowds packed the store and filled carts with wine and spirits. Hae Un Lee, the owner of Lee's Discount Liquor, who appears in their commercials and billboards, posed for pictures with customers.

"Everybody happy!" Mr. Lee, as he's known, told FOX 13 as he smiled and looked at the crowd.

Mr. Lee and his son, Kenny, said they were looking to expand their Las Vegas-based chain into northern Nevada and West Wendover was a great spot.

"There’s five great casinos here so we decided it was a good place to open," Kenny Lee said.

A customer poses with a pair of showgirls at the grand opening of Lee's Discount Liquor in West Wendover, Nevada. (Photo by Ben Winslow, FOX 13 News)

West Wendover Mayor Daniel Corona said the opening of the store is an economic boost to the border town. On weekdays, West Wendover's population is about 5,000. He said on weekends it swells to as many as 35,000 -- mostly out-of-towners who come in to see a concert or gamble at the casinos.

West Wendover is also anticipating a boost next year when marijuana moves in. The city has given permission for a company to open a dispensary and is working through state licensing issues.

But like a lot of things that are legal in Nevada, they become illegal once you cross the border into Utah. Bootlegging alcohol is one of them. In Utah, illegal transportation of alcohol is a class B misdemeanor.

"Anytime you break a law you’re doing at your own risk. It is a criminal offense to transport alcohol into Utah that’s not gone though the DAB system here," said Terry Wood, a spokesman for the Utah Department of Alcoholic Beverage Control.

Still, the Utah Highway Patrol told FOX 13 it planned no special border enforcements this weekend. No extra police presence was observed on I-80 on Saturday.

Mayor Corona said he doesn't encourage bootlegging, but he also wouldn't stop anyone from spending money in his community.

"A lot of these folks, they’re already coming out here and buying liquor. There might be more of them but they’re not breaking any of our laws," he said. "It’s not causing any problems so the only benefits and impacts is going to be good."