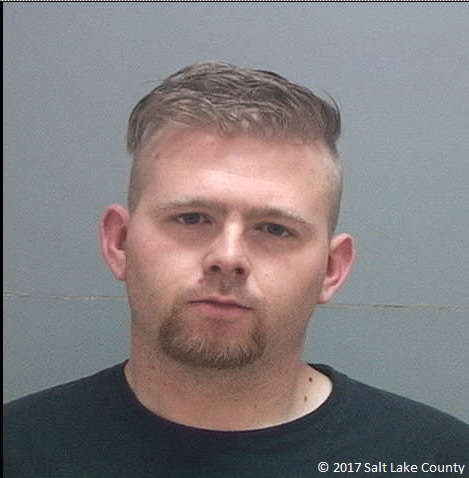 According to a probable cause statement, the investigation began after a Utah Highway Patrol trooper saw a vehicle “acting suspicious” and motioned for it to pull over.

“[Shane Craig Smith] explained that a guy he hardly knew gave him a free Tesla along with 3 other keys to other Teslas. Additionally, he had the office keys to the building,” a probable cause statement said.

The trooper impounded the vehicle because it was possibly stolen, then drove Smith to the Tesla dealership at 2312 S State St. in South Salt Lake, the statement said.

A FOX 13 photographer captured this shot of one of the stolen Tesla vehicles as it drove past the crime scene.

“[Smith] then took the keys and a vehicle. He felt it was allowed because the police hadn’t shown up yet,” the probable cause statement said. “[Smith] had in his possession the business license to the dealership, certificate of commerce, and a check written to Tesla for $49,500 with his name as the endorsement on the back of the check.”

South Salt Lake Police also responded to the dealership, and officers said they saw a stolen Tesla drive past as they were investigating the incident.

“The management at Tesla did not know Zachary and did not give him permission to be in possession of their stolen vehicle,” a statement of probable cause said.

UHP officials told FOX 13 they were able to catch up with one of the stolen cars near 2100 S and 200 W because its battery died.

Two of the suspects claimed to be part of the “Tesla family” and Parker said she received a Tesla from “Mr. Tesla,” according to police.

Police also identified a fourth person who they said is connected to the case. The sole charge listed on William Anthony Weist’s probable cause statement is a misdemeanor count of possession of a controlled substance.