SPANISH FORK, Utah – A Spanish Fork man with an extensive arrest history was booked on Saturday for several charges, as well as outstanding court orders.

According to a probable cause statement, Justin Briggs, 25, was arrested for theft, theft by deception, forgery, unlawful possession of a credit card and drug possession or use of a controlled substance.

Utah County Sheriff records showed that Briggs had an extensive arrest history. He had been arrested 13 times since 2013, for charges ranging from possession with intent to distribute, to assault causing substantial bodily harm to another.

Officer Eldridge of the Provo Police Department noticed a driver cross over a lane divider, and fail to use a turn signal, the report stated. Eldridge conducted a traffic stop, and observed a meth pipe in plain view inside of the vehicle. The driver was identified as Justin Briggs.

Officer Eldridge reported that he instructed Briggs, a known drug user, to step out of the car. Briggs complied, and told Eldridge that he had used Methamphetamine earlier that day.

According to the probable cause statement, Briggs was searched, and had multiple cards belonging to an adult female from Orem. Eldridge contacted the female, who stated that her belongings had been stolen.

Briggs stated that the victim’s daughter had given him the credit cards, and he put one in his pocket. Briggs had a history of theft and forgery in the past, and was arrested in 2016 for stealing a checkbook, and attempting to cash a stolen check.

Briggs was booked into Utah County Jail at approximately 4:30 p.m. on Saturday, Nov. 25. 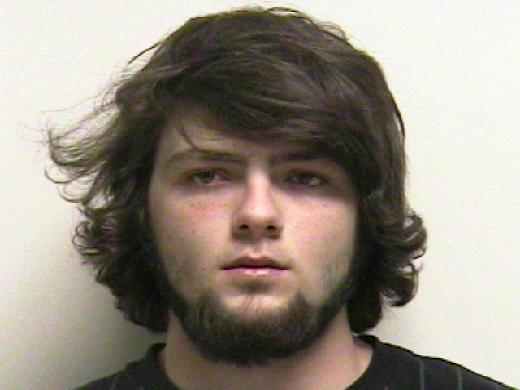