Commission to recommend development goals in Point of the Mountain area 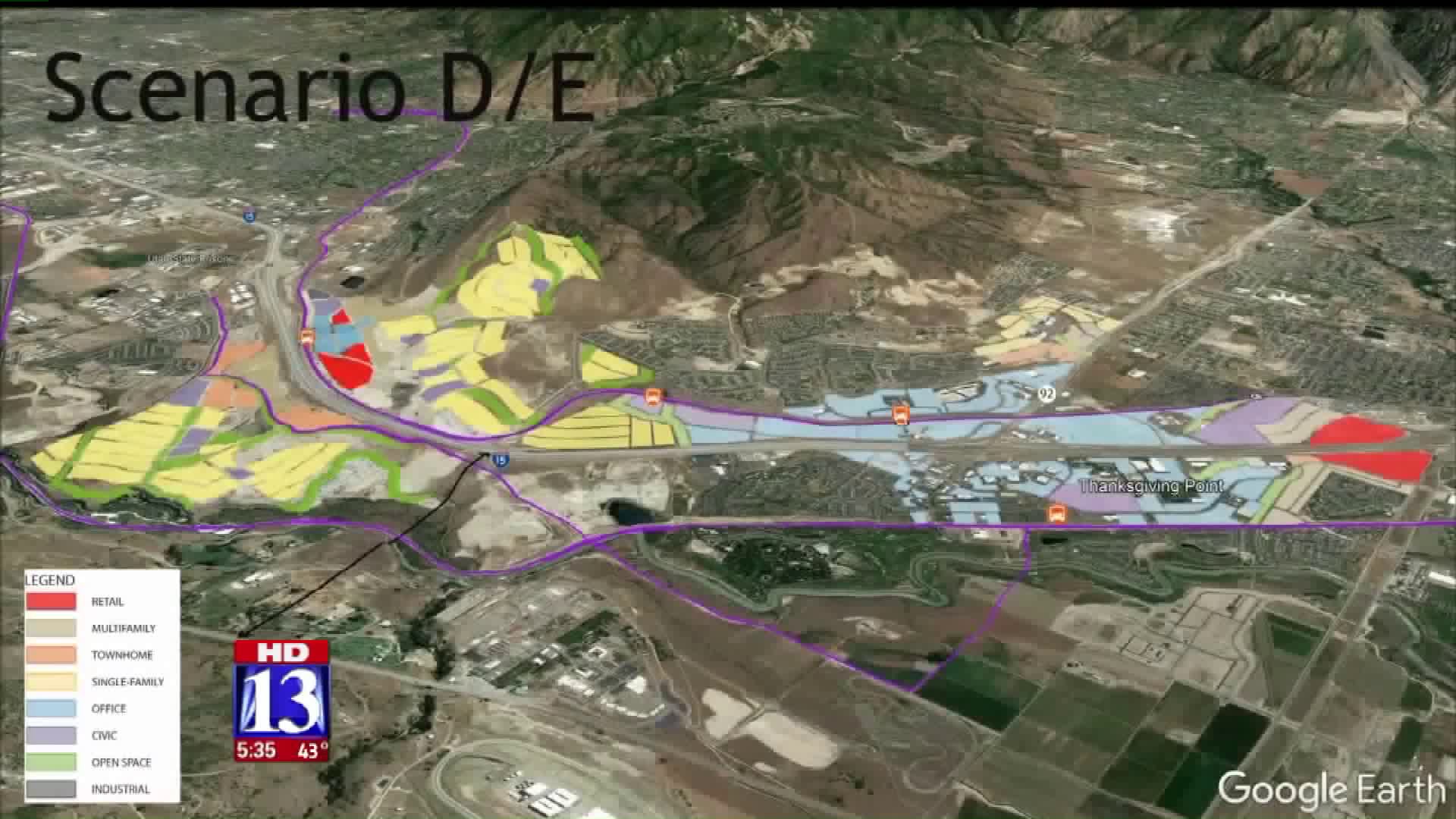 UTAH - It has the potential to be an economic driver for Utah for the next thirty years.

“When you look nationally at having 620 acres anchored between two fast growing counties with the connection of not just rail but the potential of freeway access, 45 minutes to an airport, that is a sweet spot for site selectors for a lot of very large corporations,” said Chris Conabee, Co-Chair of the Point of the Mountain Development Commission.

Conabee is quick to point out, it’s not just the 620 acres of land that will be open for development once the state prison moves, but a total of 22,000 acres spanning northern Utah county and southern Salt Lake County.

“You have to bring the right people on the table, you have to have a Utah coordinated and collaborative solution,” said Conabee.

On Tuesday, the commission unveiled five scenarios for how the land should be developed.  The options have varying amounts of housing, business and recreation.  They also have varying price tags but in terms of dollars and quality of life.

“We could have as much as double our population between now and 2050.  We know what doubling that that population looks like and if we don’t plan for that we’re going to run into some rough bumps,” said Conabee.

The commission is asking for public feedback on their scenarios.  The first public meeting is Wednesday November 29th at 6:00 PM in the Garden Room and Thanksgiving Point in Lehi.  The second is Thursday, November 30th at 6:00 PM in the Island Room at the Loveland Living Planet Aquarium in Draper.  You can also weigh in at www.pointofthemountainfuture.org