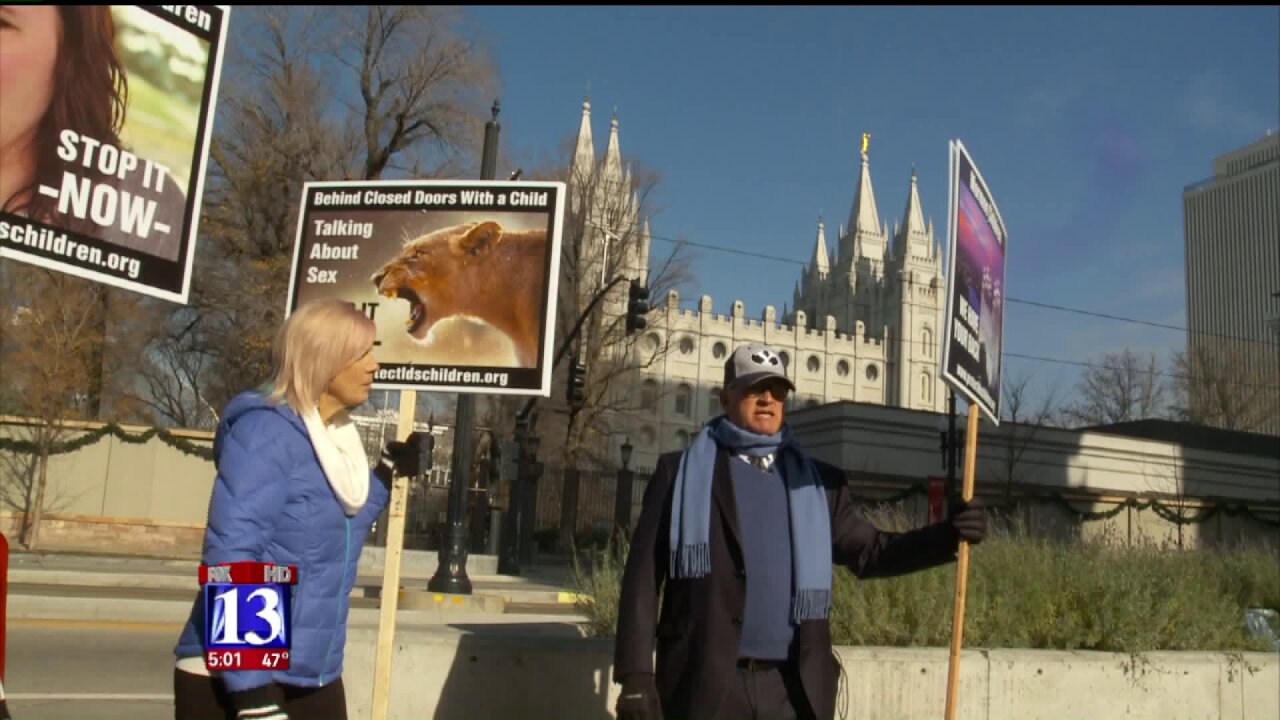 Sam Young is a member of The Church of Jesus Christ of Latter-day Saints. He served as a bishop in Houston, Texas from 1991 to 1996.

He’s in Salt Lake City shedding light on something that happens behind closed doors. As outlined in the church handbook, LDS bishops interview youth members every year. Young men and young women are asked detailed questions, in private, about sexual practices. Young says this practice must stop.

“I never asked a kid about these very specific, sexual things," Young said. "Private, personal things. Why would I ever think of doing that?”

Young has heard countless stories from members who have felt uncomfortable in the closed-door, one-on-one setting.

“It caused massive problems in their life," Young said. "It caused self-loathing, it caused suicide ideation. Some came to me and said, 'Look, it resulted in me being groomed for sexual abuse by another man, one by the bishop.'"

He believes a parent should be given the option to either speak with the bishop beforehand about their concerns, or sit in on the interview with their child.

“There are many people who do not know this is happening,” Young said.

He has voiced his concerns with his own bishop and stake president. He has even written letters to the First Presidency of the LDS Church, but says he has not heard back.

Fox 13 reached out to Eric Hawkins, spokesperson for the LDS Church. He says he was unable to issue a response Friday.

But Elijah Williamson, a youth member of the LDS Church, expressed his thoughts online.

He says the petition is “incredibly exaggerated to sound predatory to outsiders.”

He said during interviews he was only asked if he obeyed the law of chastity. He defended church leaders saying they are merely following the church handbook.

Meantime, Young is in Salt Lake City Friday and Saturday gathering signatures for a petition.

So far, nearly 4,000 people from all over the country have signed it. He hopes LDS Church leaders will pay attention.