SALT LAKE CITY -- The Utah Highway Patrol estimates 4,500 people gathered Saturday at the Utah State Capitol to speak out against President Trump’s plan to reduce the size of the Bears Ears National Monument and the Grand Staircase-Escalante National Monument.

Navajo Tribe Attorney General Ethel Branch spoke at the protest and said the five tribes who helped create Bears Ears will sue the federal government if any of the monuments are shrunk.

“This land is special to all five tribes who have come there for prayers, healing and spiritual rites,” Branch said. “I want President Trump to know we will defend Bears Ears together.”

President Trump is expected to come to Salt Lake City on Monday to announce that Bears Ears will be reduced by 85 percent and Grand Staircase-Escalante will be cut in half.

Ute Tribe Business Committee Member Shaun Chespoose said he worked hard as one of the Bears Ears commissioners to create the right size for the monument.

The protest began with Native American dances, drums, incense and prayers. The crowd cheered as tribal, state and city leaders declared the lands deserve protection because they are sacred.

“This is a family values issue,” said Salt Lake City Mayor Jackie Biskupski. “We say yes to indigenous people and what they say about Mother Nature.”

Amberto Maya is an Aztec and said he came to dance at the protest to support his brothers from other tribes.

“These are sacred places,” Maya said. “It is a healing place.”

Congressional and state leaders have been lobbying to reduce the size of the monuments so the state could have more control on what could be done on those lands.

“BIg business should not trump the care of the national treasures," protester Mary Phillips said.

Valerie Huitzul brought a large banner to the protest urging the president to protect the monuments.

“I think there’s a big disconnect between people and their environment,” Huitzel said. “I think it’s important to have natural places that are untouched and unmodified.”

More demonstrations are expected on Monday when the president arrives in Salt Lake City.

Another rally held in Utah Saturday took an opposite stance on the issue. Event organizers in San Juan County brought together several county commissioners and others in Monticello, where they invited people to a rally "thanking President Trump for listening to their pleas to shrink the Bears Ears and Grand Staircase-Escalante Monuments. 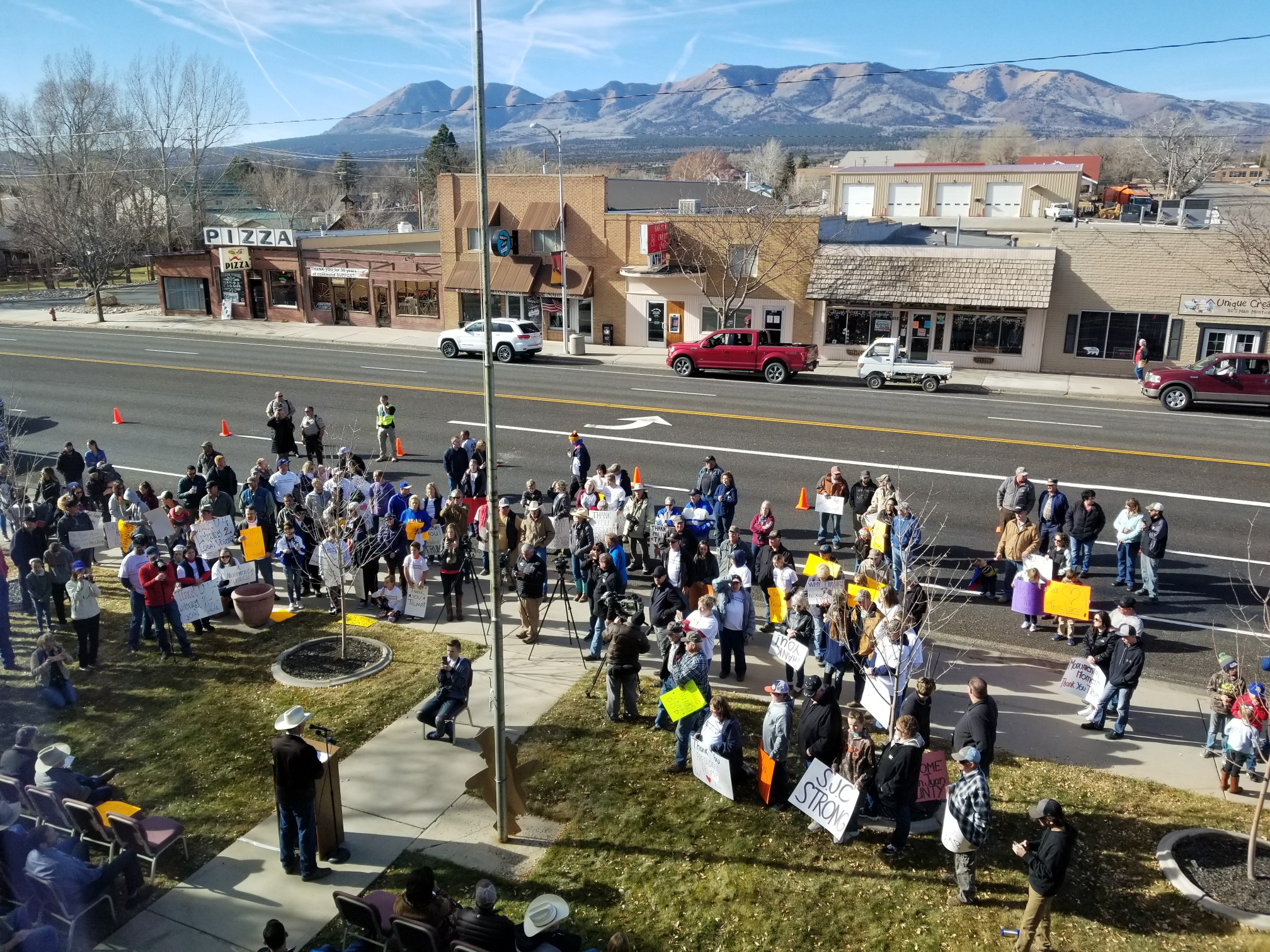