The president stepped off Air Force One to cheers from a small crowd gathered at the Utah Air National Guard Base. He waved as he walked with Sen. Hatch and Sen. Mike Lee, shaking hands with Governor Gary Herbert, House Speaker Greg Hughes and their spouses.

President Trump was headed toward his limo when he brushed by and walked toward a crowd of supporters to shake hands.

"I like this kid! I like this kid!" he said to a child who dressed like President Trump, complete with orange-hued makeup. His brother dressed as Vice-President Mike Pence.

As his motorcade sped down I-215 and I-80 and into downtown, small groups of protesters gathered. He drove past a mural of Bears Ears National Monument recently painted.

At Welfare Square, the president met with leaders of The Church of Jesus Christ of Latter-day Saints. He praised their efforts to help the poor with humanitarian relief.

"Thank you, Mr. President," replied President Henry B. Eyring of the LDS Church's First Presidency. "We’re here in a place where we have food and material that we give to the poor. But this is an example of what we do across the world. The idea being, we frankly have an obligation to God to look out for the people who, without our aid, have tragedy in their lives."

Reporters were quickly ushered out for the remainder of the meeting. A short time later, President Trump toured a Bishop's Storehouse and put a sack of potatoes in a grocery cart, giving reporters a thumbs up. When asked if he was encouraging Sen. Hatch to seek re-election, the president replied: "Yes."

Asked if he was sending a message to Mitt Romney, who has been contemplating running for Hatch's seat, the president replied: "He's a good man. Mitt's a good man."

President Trump was then driven to the Utah State Capitol, taking a back route to avoid a large group of protesters on the front lawn. On side streets, some could be seen flipping off the presidential motorcade and screaming "F--- you, Trump."

The main event for President Trump's visit to Utah was the signing of the executive orders, shrinking Bears Ears and Grand Staircase-Escalante national monuments.

"With the action I’m taking today, we will not only give back your voice over the use of this land, we will also restore your access and your enjoyment," he told the invite-only crowd at the Utah State Capitol. "Public lands will once again be for public use." 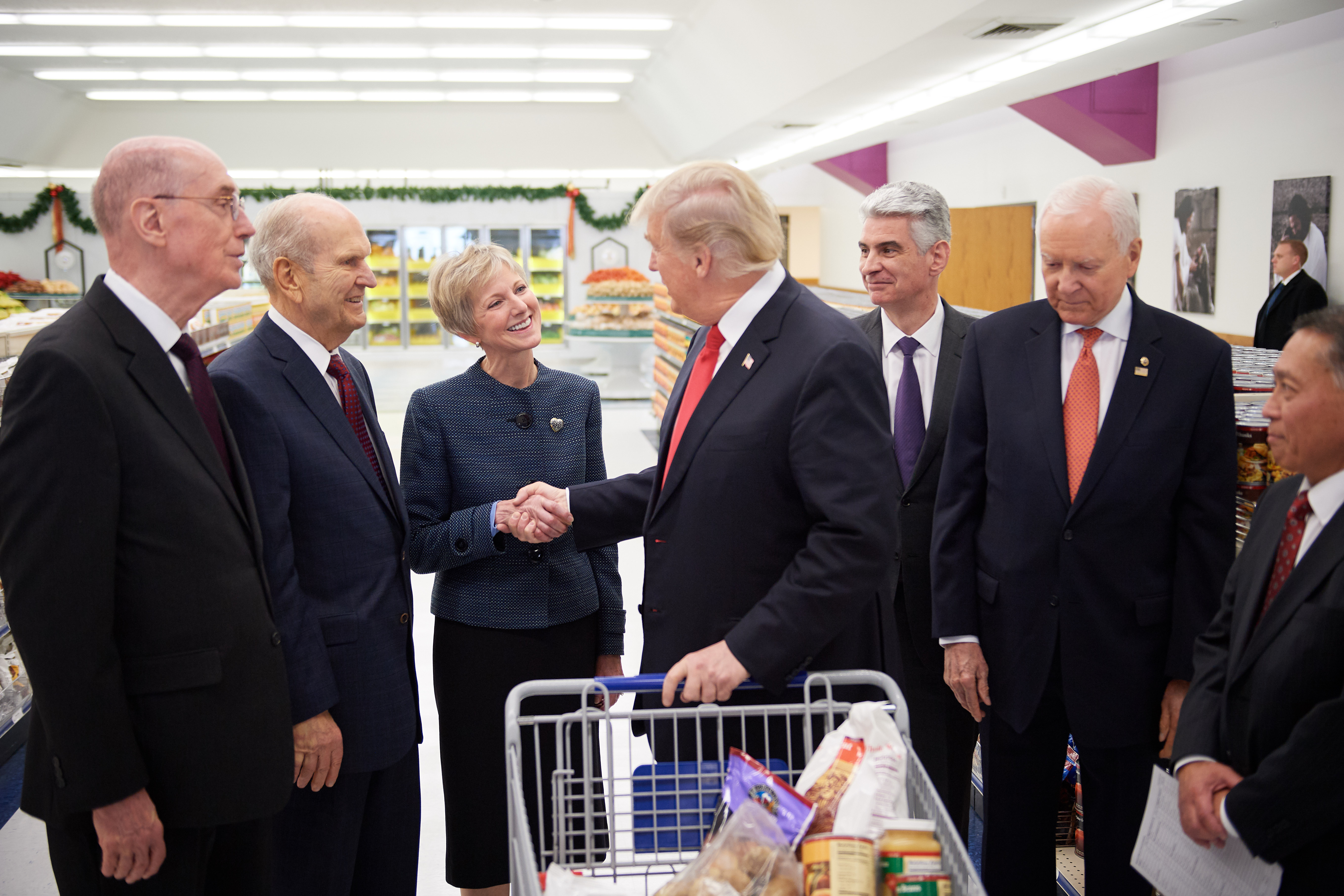