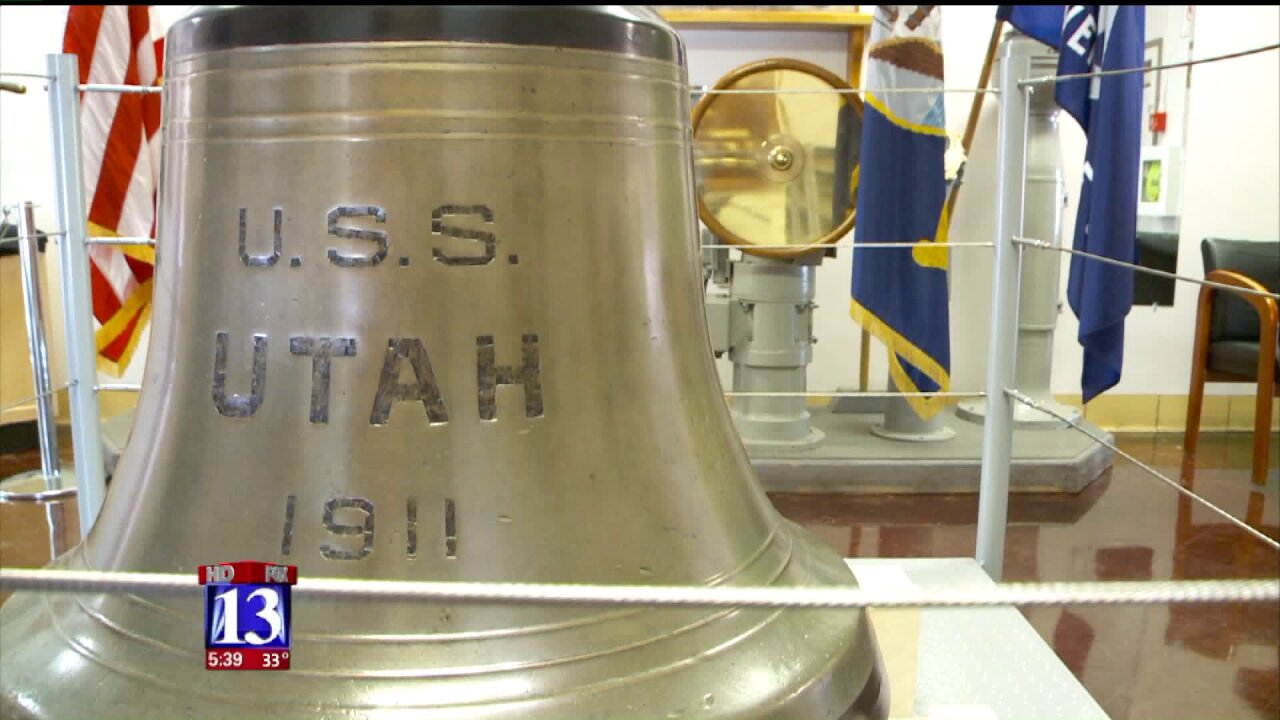 The lessons of Pearl Harbor come alive for midshipmen in ROTC at the University of Utah every day they walk by a bell in the Naval Science Building.

But for a year and three months, the bell was gone—loaned to the Naval War College for it's 35th Anniversary celebration and then sent to the Naval History and Heritage Command in Richmond, Virginia to be refurbished by an expert conservator.

"If you've ever been to Pearl Harbor and you realize where that bell came from, to have it back here today is very important," said retired Captain David Dungan, the former Commander at the University of Utah Department of Naval Science.

The video above tells the story of the Utah, including the bravery of a man named Peter Tomich, who was awarded the Congressional Medal of Honor for his service that day.