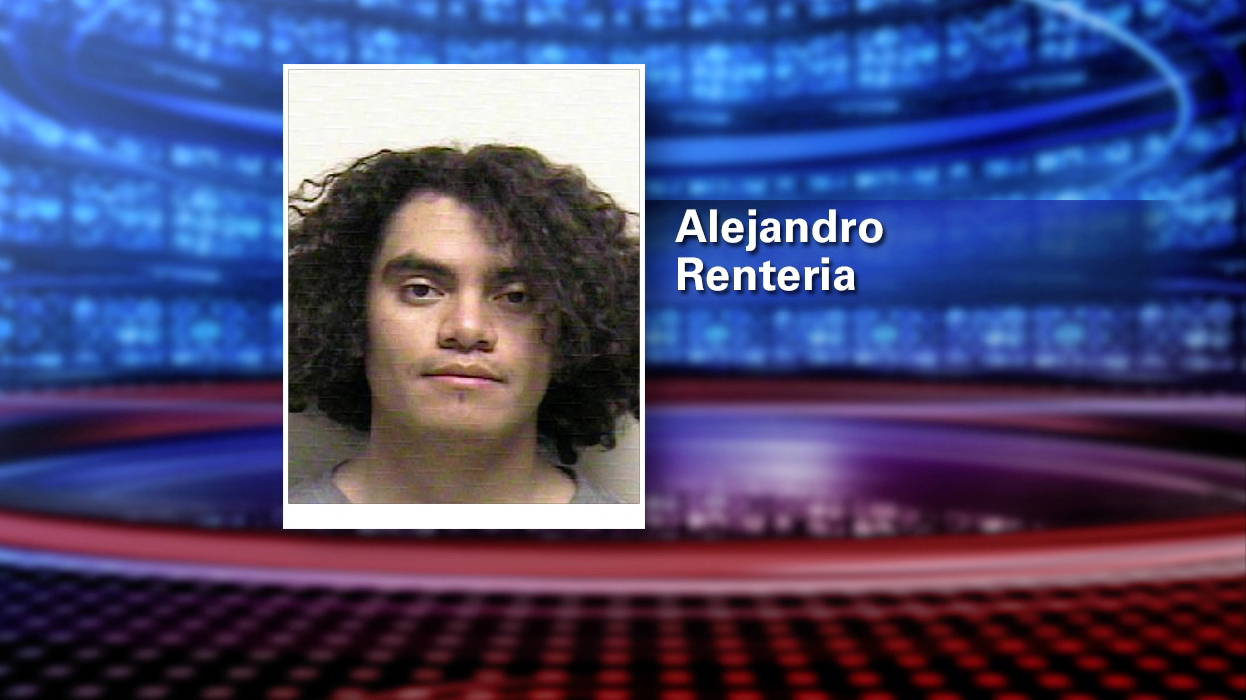 PROVO, Utah – Four men are in the Utah County jail on suspicion of carrying out a string of crimes.

It started on Dec. 11 around midnight.  Charging documents indicate an adult male had arranged to meet Alejandro Renteria in the Utah County town of Elberta.  The meeting was to exchange drugs and to buy a firearm for protection.

The male was in fear because he owed a drug debt to Gavin Kirton and Jeremy Everett.  Renteria associates with Kirton and Everett and tipped them off about his meeting with the man.

Renteria met the man at Provo Town Center Mall and drove to Elberta.  Kirton and Everett were watching from a nearby parking lot and followed the car to Elberta.

Immediately upon arriving in Elberta, the man got out of the vehicle and the car that had followed them pulled up alonside.

According to court documents, Kirton produced a shotgun and fired it into the air.  Kirton and another suspect, Nashon Hunt, shattered the windows of the man’s car.  Kirton used the butt of the shotgun and Hunt used a golf club.

Renteria and Everett then assaulted the man with Renteria’s fixed blade knife.  The man’s hands were cut when he tried to fend off the attack.

Everett then used the golf club to beat the man.  In later interviews, Everett and Renteria said he was hit about 20 times with the club.  The whole time, Kirton was firing the shotgun in the air to scare the man, the court documents allege.

Renteria then got a backpack out of his trunk, put it over the man’s head, and pulled the drawstrings tight, making it very hard for the man to breath.

The victim was then robbed of all his money, jewelry and cell phone, and the suspects left the scene.

The victim was able to contact police.  He was taken to a hospital for treatment and police began their investigation.

At the scene in Elberta, investigators found a knife, clothing, shotgun shells and other items to corroborate the victim’s story.

Everett was arrested 12 hours after incident and confessed to his involvement.  One of the stolen rings was found in Everett’s vehicle, police said.

Renteria was arrested about 24 hours after the incident and he too confessed to his involvement.

Kirton and Hunt were arrested about a day after the other suspects.

Officers made a traffic stop on a vehicle going over 100 mph in Spanish Fork Canyon.

Kirton was driving and Hunt was a passenger.

When officers realized the two were wanted, they obtained a search warrant for the car.

The search turned up 2 pounds of marijuana, packaging materials and the shotgun believed to be used in the assault.  Officers also found a digital scale and over 600 grams of marijuana edibles.

The men admitted they bought the marijuana and edibles in Colorado and were returning to Utah.  When asked about the Elberta assault, Kirton admitted to firing the shotgun, according to investigators, and Hunt admitted to breaking out windows but denied assaulting the victim.

All four men face charges ranging from aggravated robbery and aggravated kidnapping to possession of a controlled substance with the intent to distribute it as well as using a weapon to threaten a person.