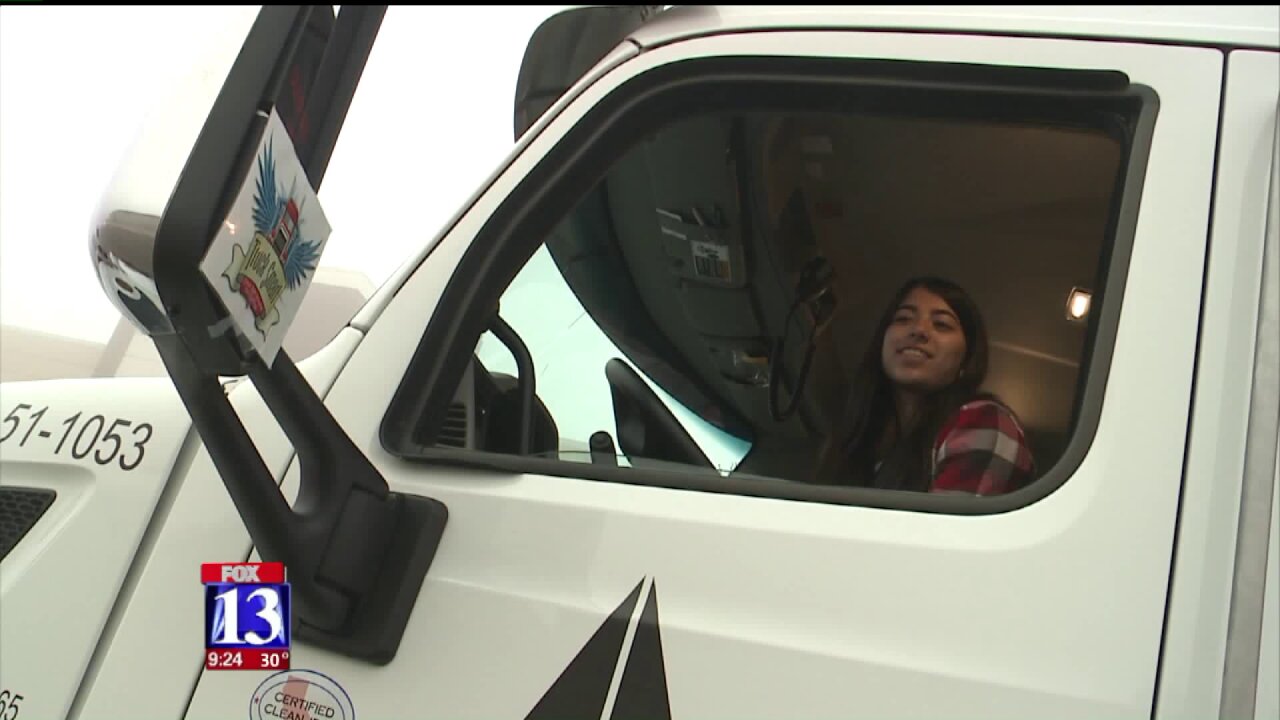 SALT LAKE CITY - When a smaller vehicle collides with a big semi-truck, the smaller car almost always gets the worst end of the deal.

A new study has found that 75 percent of all crashes involving trucks are caused by someone other than the truck driver.

The Utah Department of Transportation created the Truck Smart program, which has visited 76 schools throughout Utah this year, and given over 570 presentations to 15,000 students.

Why teach new drivers about truck safety?  "Ten percent of teenagers before they turn 20 here in Utah will get in a crash with a commercial vehicle," Truck Smart outreach specialist Natalie Lovell said.

The program brings a big truck to the high school and lets students get up in it to see the limitations truck drivers have as far as seeing other vehicles.

"Once they hop in the truck they realize, yeah these truckers they really can't see anything," Lovell said.  "These guys aren't lying, they're not making this stuff up."

Shane Thomson is a truck driver for Staker-Parsons.  He has taken part in the Truck Smart program for several years.  His biggest frustration is when a car gets near the truck's front right fender, and keeps pace with the truck.

He enjoys helping newly-minted drivers feel safe on the roads and thinks the message is getting through to them.