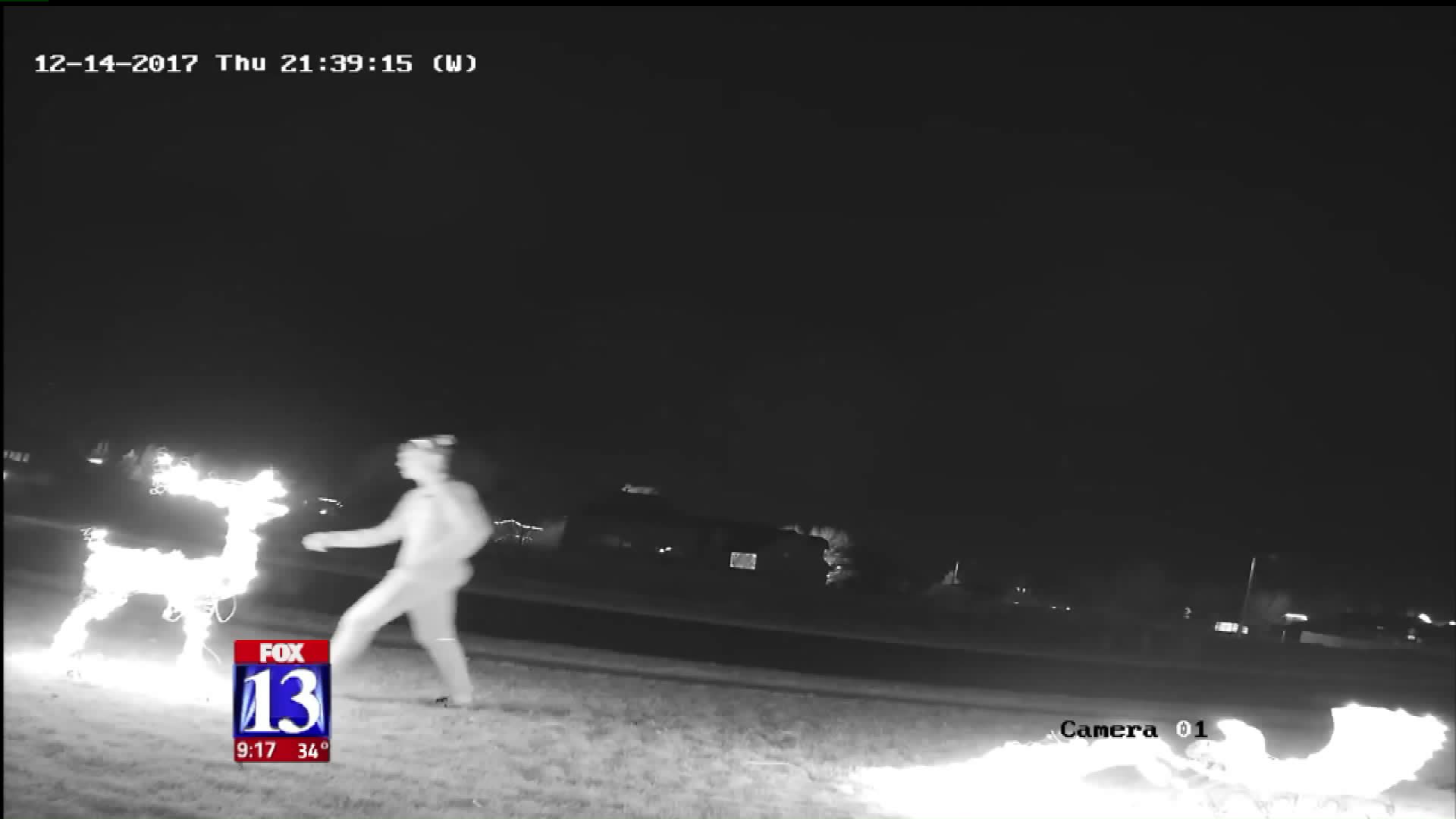 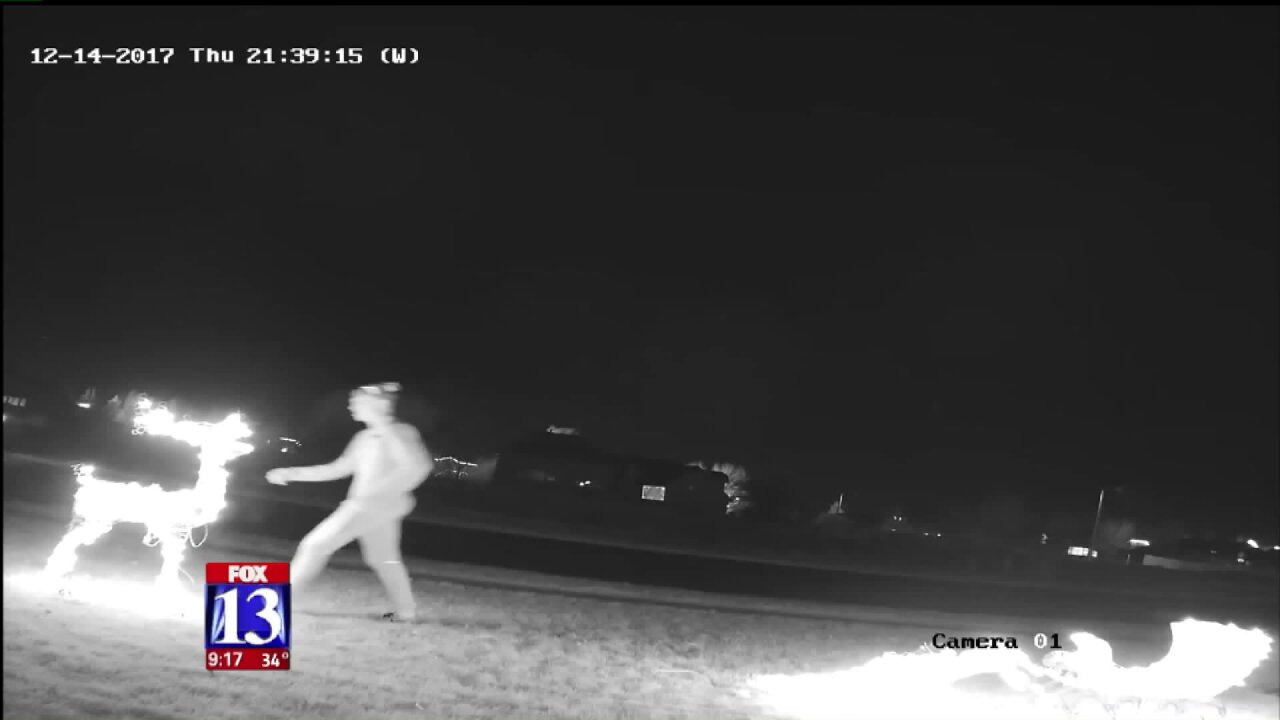 Vandals target homes with Christmas decorations, stack reindeer, and even break their heads off. Some homeowners say teens are taking the prank too far.

One man says these vandals are not only annoying and costing him money, but putting a damper on the holiday spirit for his kids.

“When people come and knock them over they wonder why someone would be so mean to our yard and our house,” said Carlos Garcia, a homeowner in Kaysville.

Despite frosty guarding the Garcia Family's Christmas decorations, dasher and dancer were damaged.

“It has happened about six times now,” Garcia said.

To catch the culprits, Garcia set up cameras to watch the reindeer, getting his first look at the vandals who are sure to make the naughty list.

“They decided to mess with the reindeer, and stack them on top of each other; a little crude I guess,” Garcia said.

The big question is why are teens doing this? A quick search on Urban Dictionary gives us the definition of “Reindeer stacking.” Reindeer stacking is stacking decorative Christmas reindeer, in order to make them look as though they are mating.

“In the video I don't know what the kid was doing, but he just came over grabbed it out of the ground threw it on the ground you can see the legs and stuff are broken,” Garcia said.

Little did the teens know, Garcia rigged this reindeer with an alarm.

“That's what spooked them. Did you see them jump up and run?” Garcia said.

“It's been to the point where we've actually lost sleep because you know you're waiting to hear people when they come by and open their door you wonder what's going to happen and why they're messing with your yard,” Garcia said.

Several police agencies across the valley say this happens often. They even get reports of inflatable decorations being stolen or popped. Best thing to do is what Garcia did, and get the vandals on camera.