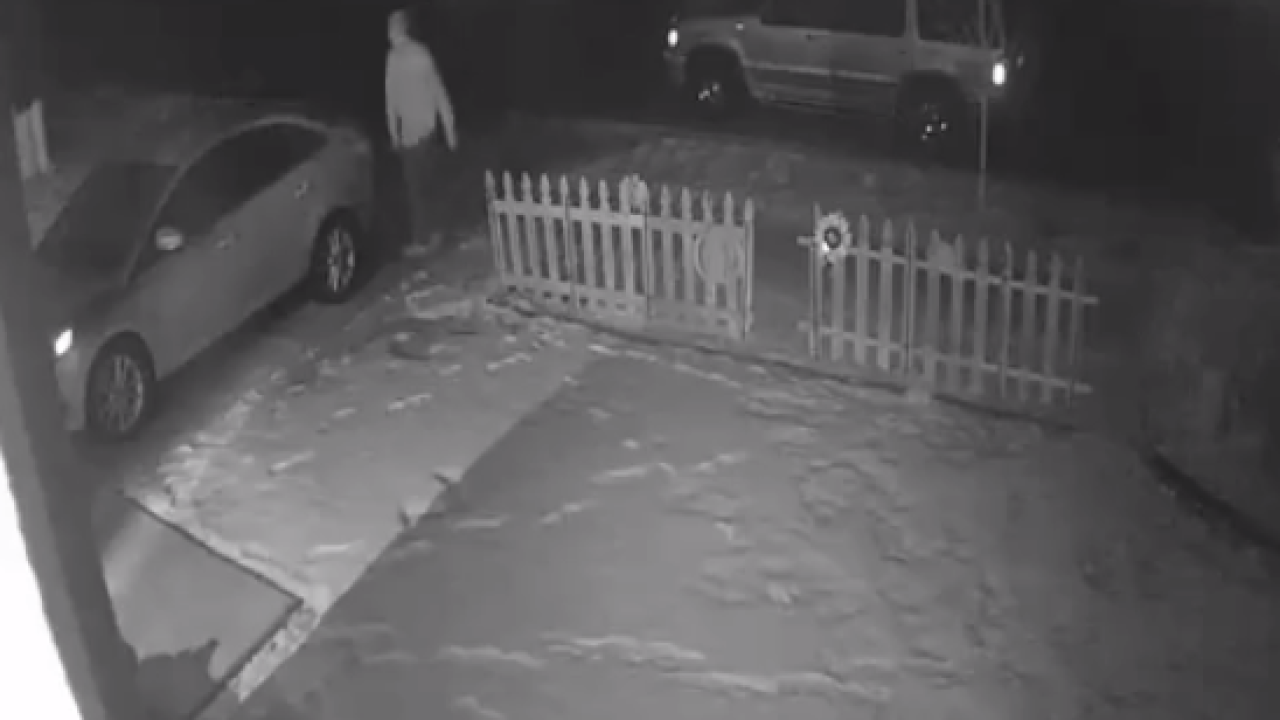 SPANISH FORK, Utah – Police are seeking a suspect in vehicle burglaries that occurred in the southeast part of Spanish Fork.

According to a Facebook post made by police, a video of the suspect was collected by a resident’s security camera.

The video shows the suspect approach two cars around 2:28 a.m. The suspect appears to try the door handles of both cars, before the video recording cuts off.

The video can be seen below:

Police are asking anyone with information to contact Sgt. Phil Nielsen with the Spanish Fork Police Department at 801-804-4700.

Police reminded the public to make sure to lock vehicles, and take valuables out of cars, especially at night.