TAYLORSVILLE, UTAH – The Utah Department of Public Safety is proud of the work it’s doing to get illegal drugs off the streets.

The department says in 2017, 227 traffic stops resulted in the seizure of thousands of pounds of drugs.   DPS recovered more than 4,000 pounds of marijuana, 550 pounds of methamphetamine, 100 pounds of cocaine, 46 pounds of heroin and more than 1,000 pills.

It’s believed most of the drugs originate in California or Mexico and are part of large drug trafficking rings that travel through Utah.

“We’re doing our part here in Utah and we are hoping that Nebraska or New York are doing their part,” said Col. Brian Redd of the Utah Department of Public Safety.  “We are all sharing and communicating information.”

People who transport the drugs do their best to hide them inside their cars.  DPS says criminals are getting creative in finding hiding places like in a car’s spare tire or muffler.

During a demonstration on Monday, K-9 Terro needed just seconds to locate 80 grams of hidden heroin.

“We deploy him on the side of the road and give him instruction to search the car.  He will start sniffing and detailing the seams of the car,” said Sgt. Randy Richards.  “Our troopers go out there and they can detect the criminal activity that's going on, but the dog gives us probable cause to search cars.”

The drugs found by Utah’s DPS signify a small part of this larger issue of drug trafficking.  But the department believes progress is being made in stopping the drug trade on Utah’s roads. 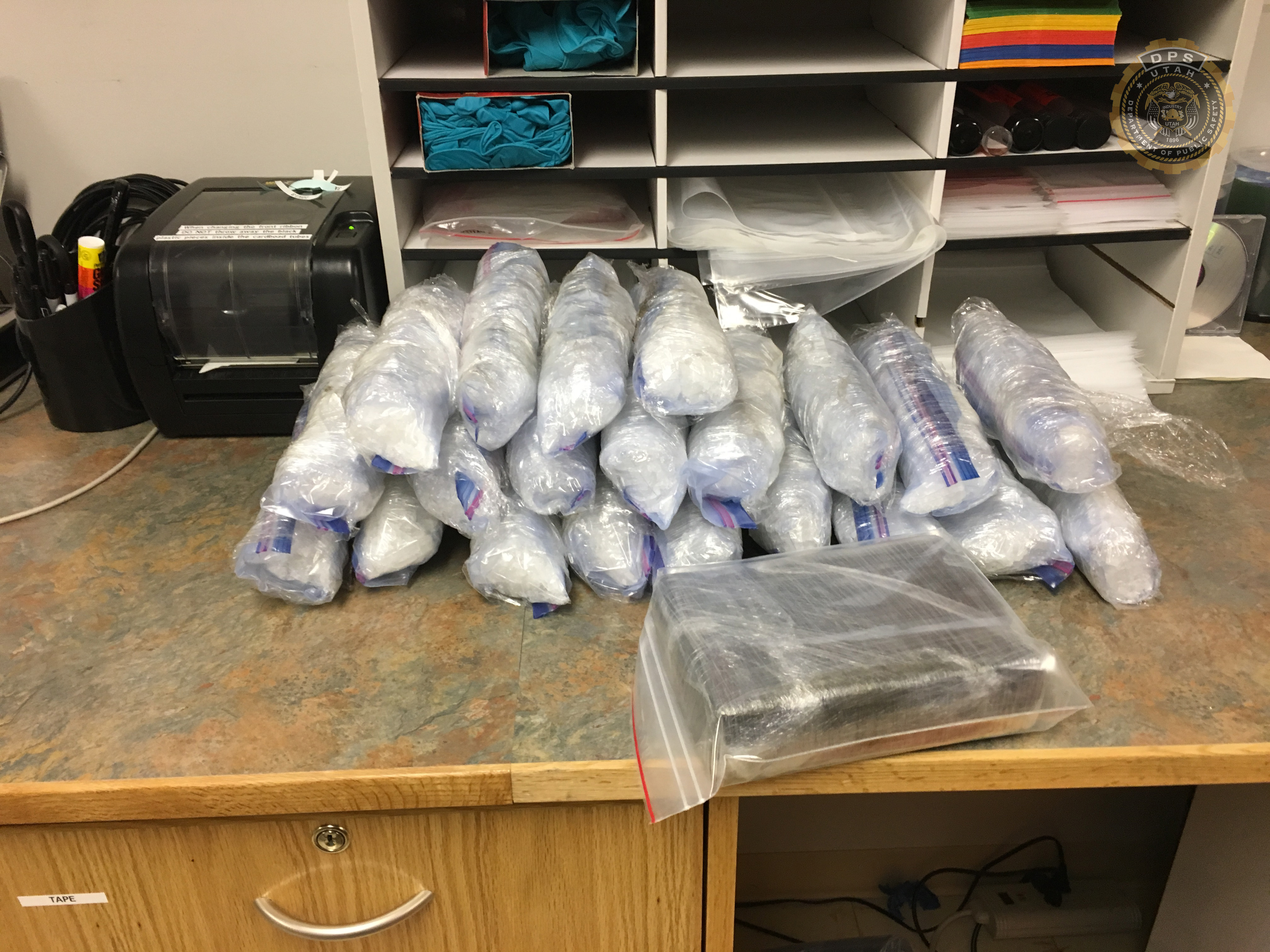