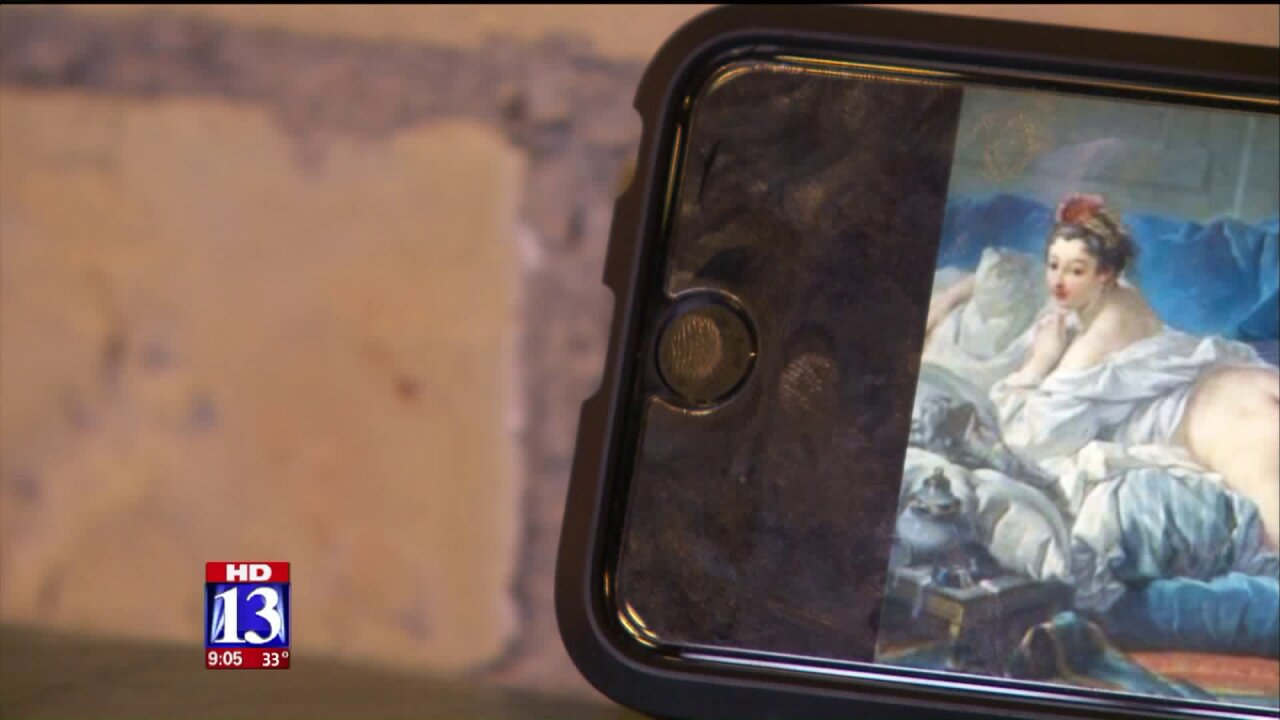 HYRUM, Utah -- A former Cache Valley elementary art teacher said he was wrongly fired after students became uncomfortable looking at post cards that he said were bought by the school district.

Some of the paintings featured European nude art.

At Jack’s Wood Fired Oven in Logan, murals of various painted animals and vegetables fill the walls. In one little area, the artist’s signature sits over a simple black background: Mateo Rueda.

“Very fun to create,” Rueda said, of the mural.

Art is his passion, and for the last year and a half, he’s expressed it through teaching at Lincoln Elementary in Hyrum.

On December 4, he said he had the students do a color study exercise.

“We used some materials from the school that were there in the library,” Rueda explained.

Those materials, he and the Cache County Sheriff’s Office said, were purchased by the school about three years ago, and included eight boxes filled with 100 post cards each.

The cards depicted various famous paintings, and Rueda said the post cards were made by the company Phaidon.

Included in the set were Leonardo Da Vinci’s Mona Lisa, Vincent Van Gogh’s Sunflowers, as well as works by artists like John James Audubon, Botticelli, Gauguin, Monet and more. Some of the images showed nude women, sometimes less covered than others.

“I was surprised about those images being there,” Rueda said.

He went through the 800 post cards and pulled out the ones he thought might be inappropriate for 5th and 6th graders, Rueda indicated.

“Mr. Mateo explained to us that there might be some pictures that we'll find uncomfortable,” said 10-year-old 5th grader Bella Jensen.

She said she enjoyed working on the color project, and noticed a few cards that made her and her friends giggle.

“There were some pictures that were a little weird, and most kids were laughing,” she said.

But some kids seemed upset at what they saw, she said, and brought the cards to Mr. Mateo.

“Children were expressing their discomfort and then explaining that they felt it was inappropriate,” Rueda said.

He said he tried to assess the class as a whole, and explain the paintings in a way where the children wouldn’t feel the images were wrong—but a piece of art.

“Images were part of history, they are icons,” he said.

He went on to say that he encouraged his students to talk to their parents about the paintings. Rueda said he found out parents had complained to the school, and that someone called police.

The school sent him a termination letter December 8, he said, giving him the ultimatum of either resigning or being terminated under a set of conditions.

“I was super upset when I heard that he got fired,” Bella said.

So was her mom, Kamee Jensen.

“The images that he showed the children were provided by the school district,” Jensen said.

She said she felt the situation was blown way out of proportion. While Jensen felt that way, other parents felt the opposite.

One mother told Fox 13 anonymously that she wasn’t happy with how Rueda handled his explanation with the kids, and that his explanation made the situation worse when her child and others tried to bring up that the images made them uncomfortable.

“Who knows if I can be hired back,” he said.

Still, he’ll try, and Rueda said he hopes he can appeal the termination decision.

The Cache County Sheriff’s Office told Fox 13 they looked into the case after someone filed a report. Sheriff Chad Jensen said they interviewed the complaining parent and student, as well as principal Jenifer Buist.

Sheriff Jensen said they took the post cards in question, which had been part of school property for a few years.

The county attorney decided not to file charges because they were not pornography, and Jensen said the sheriff’s office closed the case.

On December 31, the Cache County School District released this statement:

"Cache County School District is aware of concerns surrounding the recent termination of an art teacher at Lincoln Elementary. While we are unable to comment on the details of an ongoing personnel issue, we feel it is important to provide some clarification moving forward.

"First, the principal’s role in this situation was to respond to and report student and parent concerns, but she did not have a role in the decision that led to the termination. That decision rests solely with district officials. We would prefer that any comments or concerns be directed to the district. Second, we appreciate those that have voiced their concerns in a respectful and civil manner, even while strongly disagreeing with the district’s decision. Such concerns are carefully considered and we believe they are in the best interest of all involved.

"Finally, district officials are committed to handling this situation fairly and appropriately. Mr. Rueda has exercised his right to request a review of the decision, which will be honored."