OREM, Utah – The Orem Police Department announced that they had zero DUI arrests, and zero road fatalities on New Year’s Eve, partly due to a service that was offered to would-be impaired drivers.

The police department offered “Drunk Tank Taxi,” Sunday night, to help offer an alternative to drunk driving, and a safe way for people to travel on New Year’s Eve. The department assigned two officers to pick up individuals who were impaired, and did not plan ahead or have a designated driver.  People who needed a ride could call dispatch, and request the “taxi.”

The police department picked people up in a prison transport van, and drove them to their destinations within a fifteen mile radius of the city.  The van was decorated with a festive decal, and fun appeared to be had from both passengers and officers assigned to the position.

Check out some photos of the “Drunk Tank Taxi” below: 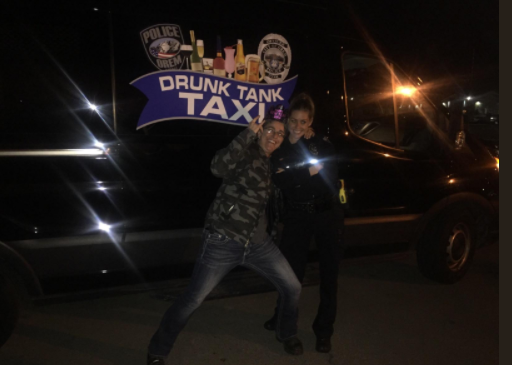