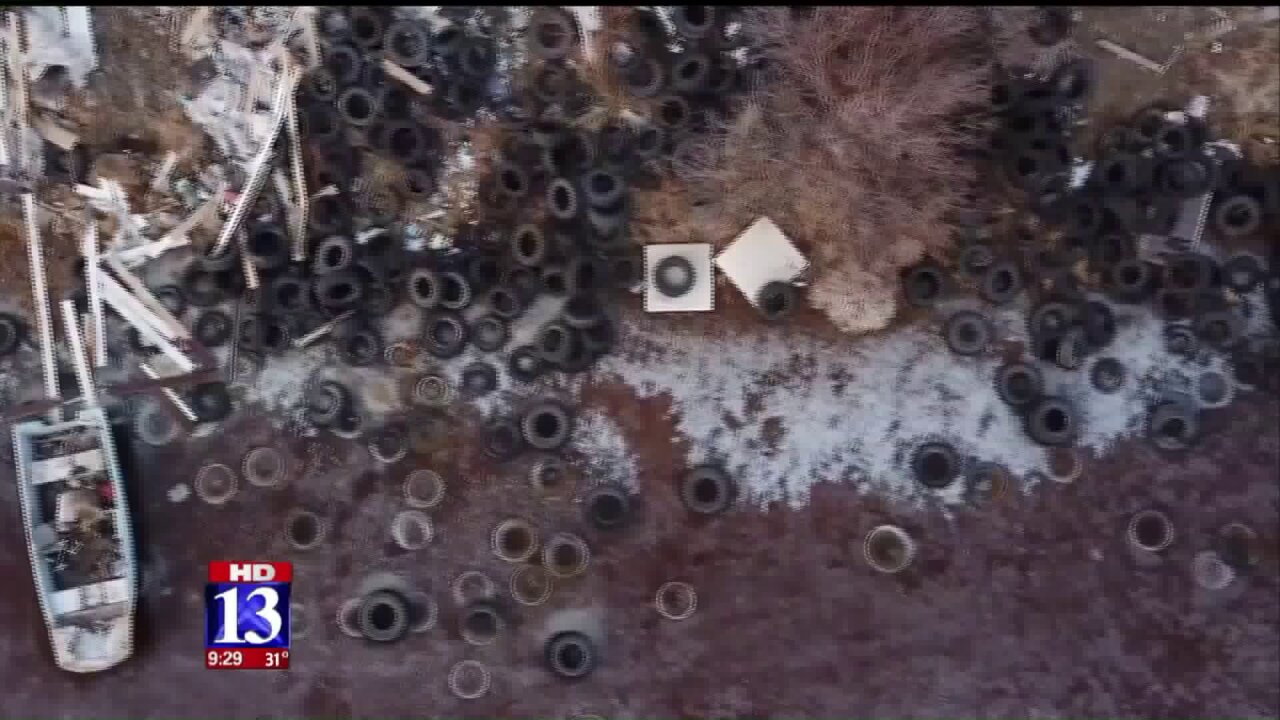 It has been a growing problem for months, and now those who enjoy the area say it's getting out of hand. Now it’s not only an eyesore, but it’s also ruining the pond for the wildlife who call this home.

“That will be a good shot to post right there,” Cynthia Sandberg mutters as she focuses her camera.

“Right now we're looking at northern pin tails… people who are not birding won’t know what those are,” Sandberg said.

While most won’t recognize the different kinds of birds at Lee Kay Pond, it's impossible not to notice the stacks of trashed tires scattered along the shoreline.

“Not so beautiful right now, this is pretty sad,” Sandberg said.

And in recent weeks, it has gotten out of hand. The black wheels keep piling up.

“Those right there weren't there, and that has doubled in size what it was a couple weeks ago,” Sandberg said while pointing to the countless tires.

Sandberg doesn't know who is illegally dumping these tires but believes it's people trying to avoid paying the hiked price for tire disposal at the nearby landfill.

“They pick them up and they dump them because it costs them to recycle them,” she said.

Mixed in with tires are mattresses, construction material, electronics, and even boats.

And now when Sandberg takes her grand kids here: “They're just dismayed. They're like, 'Grandma, this is a dump.'" she said.

“My belief is if a man harms nature, a man needs to fix nature—and this is bad,” Sandberg said.

Those being harmed are the animals and nature enthusiasts like Sandberg.

“It would be nice to take a picture and not have to worry about any garbage being there,” she said.

So, who is in charge of cleaning up? No one knows for sure, but Salt Lake County Health Department said they will send out inspectors Monday. They also say recently there has been an increase in illegal tire dumping nationwide.