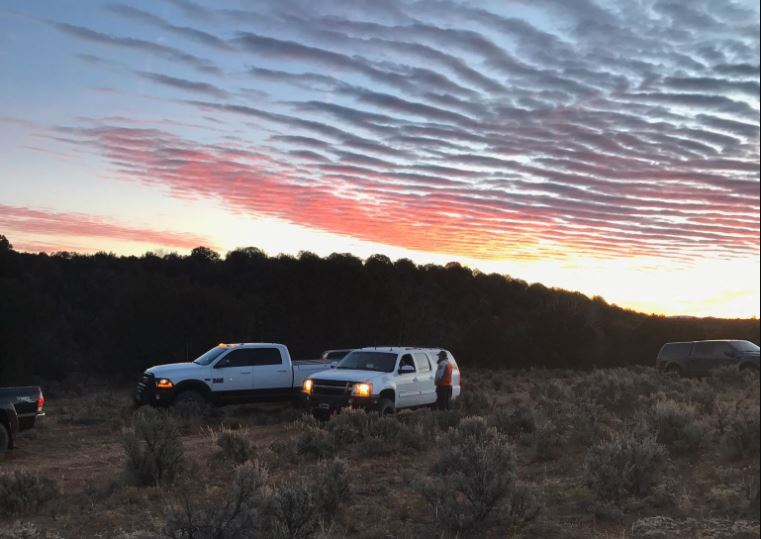 MOHAVE COUNTY, Ariz. — A 17-year-old reported missing while shed hunting on the Arizona Strip was found and is in good health after spending the night alone amid temperatures in the low teens.

According to the Mohave County Sheriff’s Office Search and Rescue, the 17-year-old boy and a friend were hunting for shed antlers near Overnight Pond on the Arizona Strip Tuesday.

St. George News reports the teen was missing in the Grand Canyon-Parashant National Monument, about 60 miles south of St. George.

The teen was last seen around 3 p.m. Tuesday, and when he did not return to the friend’s vehicle by 6 p.m. the friend left to get help. Search crews from the Arizona Strip and Bullhead responded.

The teen was found Wednesday afternoon walking along a road. He is safe and in good health.

Authorities say overnight temperatures were in the low teens and that the teen made a fire to keep warm through the night.

“The teen was not equipped to stay overnight in below freezing temperatures,” Jeff Axel, a spokesman for the national monument, told St. George News.

The teen was lost for about 24 hours and had walked about three miles from where he was last seen. He was out of water when rescued.

“The teen’s survival over several days would be unlikely due to the cold and because of the lack of travelers in the area who could have helped him,” Axel told St. George News.