OREM, Utah — The Orem Police Department is asking for the public’s help in identifying the individuals seen in a series of surveillance photos released Tuesday.

The people pictured (below) are suspected of being involved in credit card skimming, a fraud technique that makes use of small electronics to capture the information on the magnetic strip of a victim’s credit card.

“[The suspects] like to prey on innocent people that are just using their debit cards at ATM’s and gas pumps,” a Facebook post from Orem Police said.

According to Orem PD, the surveillance photos show the suspects attaching skimming devices to ATMS, as well as using skimmed cards to withdraw money at other ATMs.

The suspects are also shown traveling in a gold Chrysler van.

Anyone with information that may help Orem PD identify the suspects is urged to call Detective Locke at 801-229-7070.

Please note the superimposed “Mystery Machine,” “You Had Me At Covfefe” and red balloon were added to the images by the Orem Police Department, not FOX 13. 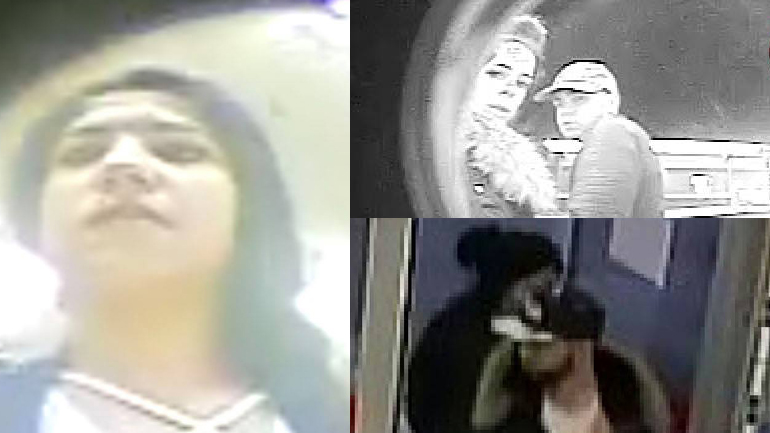