During the standoff, police rescued two young children and also took a woman into custody.

Layton Police said 20-year old Hayden Woods and 29-year old Mitchell Tarbox pretended to sell a cell phone on an online classified site, and met up with a 19-year old man in the Layton Arby's parking lot just before noon.

"Victim got in the car and they proceeded to try and rob at that point, at gun point," Lieutenant Travis Lyman with Layton Police said. "He was able to force his way out of the car and get away."

The victim escaped from the car after Layton Police said Woods and Tarbox locked the doors and started to drive away. Police said the victim smashed through a window and crawled out.

Woods and Tarbox drove to the nearby Stonehedge Apartments, where Lt. Lyman said Woods lives. Thankfully, he said the victim knew one of the suspect's names, and police were already familiar with the suspect and where he lived.

"We were in the process of setting up a containment, and [Tarbox] happened to come out of the apartment," Lt. Lyman explained. That's when officers arrested Tarbox.

But Woods stayed inside his apartment and barricaded himself in with a woman and two young kids, and Lt. Lyman said the situation turned into a SWAT standoff.

Around 3:30 p.m. police officers were seen carrying the two young children away from the apartment building. Soon after, they escorted the woman to a police car in handcuffs.

"Grateful we were able to get them out before we had to exercise any of those measures," Lt. Lyman said. Those 'measures,' which SWAT did later deploy, included gas, flash bangs and firing a breaching round to get into the apartment.

Lt. Lyman said they sent in a robot to find the suspect. Eventually, SWAT made it inside and the suspect surrendered just before 5:30 p.m.

"Found our suspect hiding in one of the closets in a bedroom," he said.

They took Woods into custody peacefully. Lt. Lyman said the charges both will face include aggravated robbery, aggravated kidnapping, possession of a stolen firearm by a felon, failure to comply and more.

He said they took the woman, who shares a child with Woods, into custody for questioning about her role in the noncompliance during the standoff.

Lt. Lyman said police had already been looking for Woods in relation to unrelated cases. When asked if Woods is a suspect in those other cases, Lt. Lyman said, 'yes,' but was not able to elaborate further.

Considering this all started from a simple sale of a cell phone, Lt. Lyman said it's a reminder to take every precaution when buying anything from an online ad. He said the Layton Police Department and many other agencies provide safe zones in their parking lots.

He said their Safe Exchange Zone includes 24-hour surveillance, it's well lit and is just steps away from help. 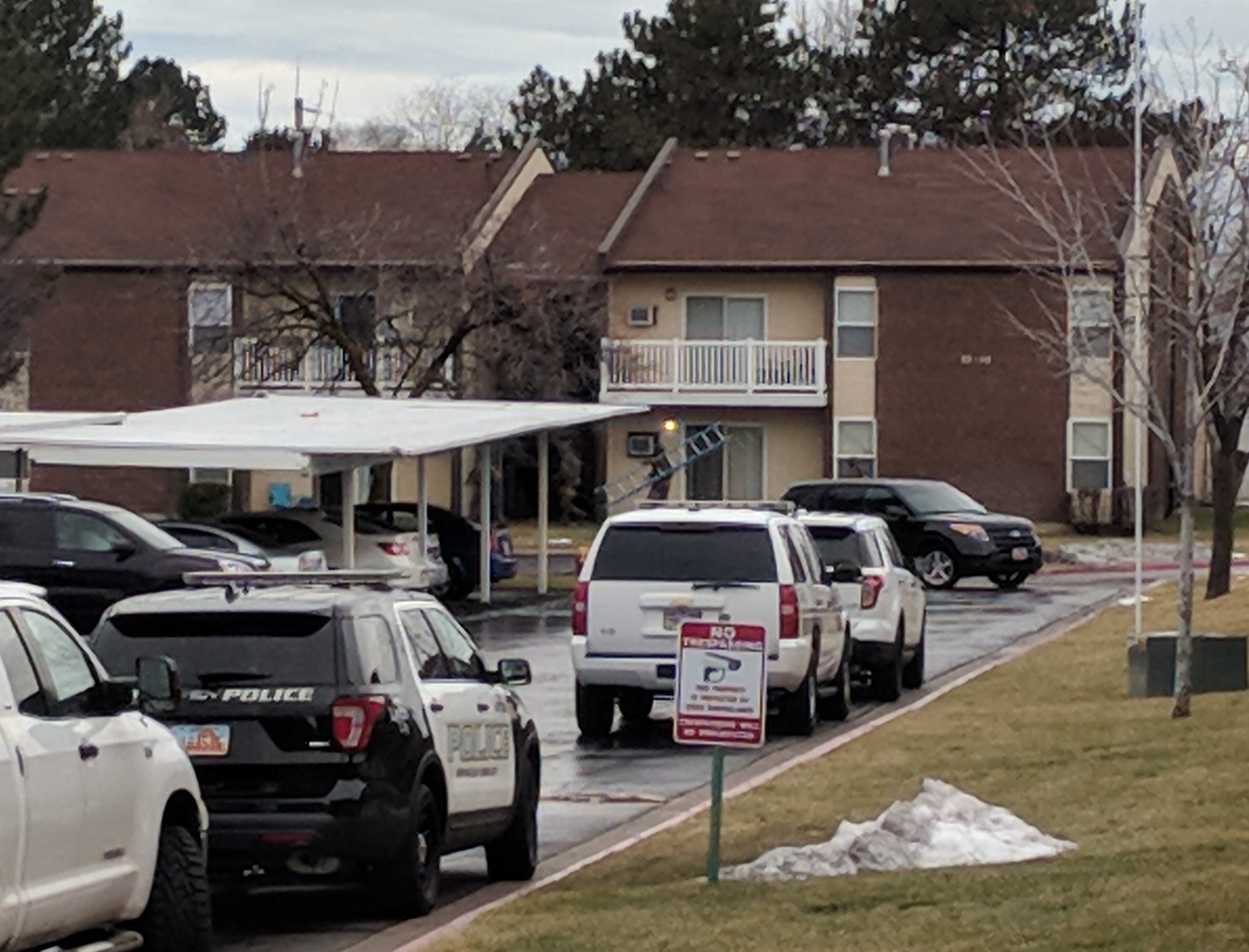