OREM – A man was sent to the hospital Friday night after crashing head-on into another vehicle while traveling south in northbound I-15 lanes.

Utah Highway Patrol says 21-year-old Dayton Smith was driving his Subaru Forrester and “weaving through oncoming traffic at an estimated 70 mph” prior to the crash near 400 North in Orem.

Near milepost 271 in Orem, UHP says it slammed into a Ford Pickup truck spinning the Ford into the concrete barrier. The Forrester came to a stop in the left lane, covering the road with debris.

Smith had to be extricated from the vehicle and was taken to the hospital in critical condition, while the single victim of the truck escaped without any serious injuries.

According to troopers, the crash closed three northbound lanes near Center Street for around two hours causing serious delays.

Utah Highway Patrol says they found open containers of alcohol in the Forester and believe he was driving under the influence. 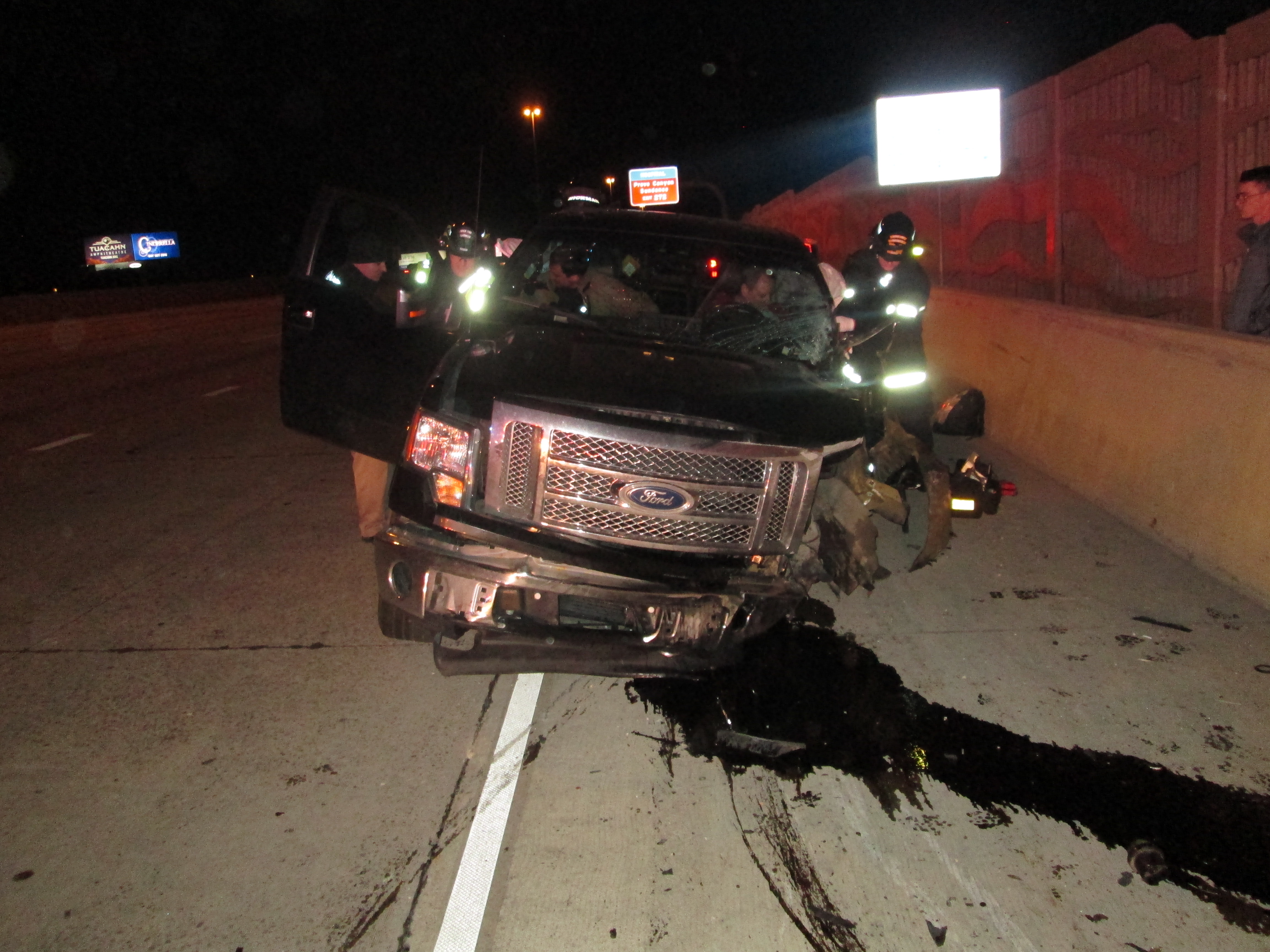