SANDY, Utah - Sandy City announced that it planned to install an 'I Have a Dream' sculpture to the south side of the Sandy City Hall later this year.

In a press release made by Sandy City, the scuplture will be erected in an area that already includes the 'Hope Rising' monument, dedicated to the deadly terrorist attacks that occurred in New York City on 9-11.

"The new King Jr. sculpture will be heroic and larger than life," Sandy City said in its statement.

The statue will depict the late Martin Luther King Jr., in the middle of his famous speech.

The finished height of the statue will be 7 feet 8 inches tall, and depict Martin Luther King Jr. forming the words, "I have a dream," with a raised hand.

"The sculpture will be donated to Sandy City through the generosity of Jason Lindsey of Santa Clara, Utah," the statement said.

Pictures of the statue can be seen below: 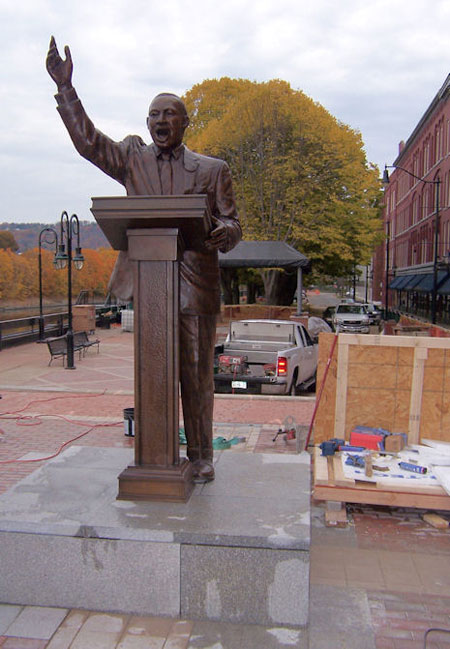