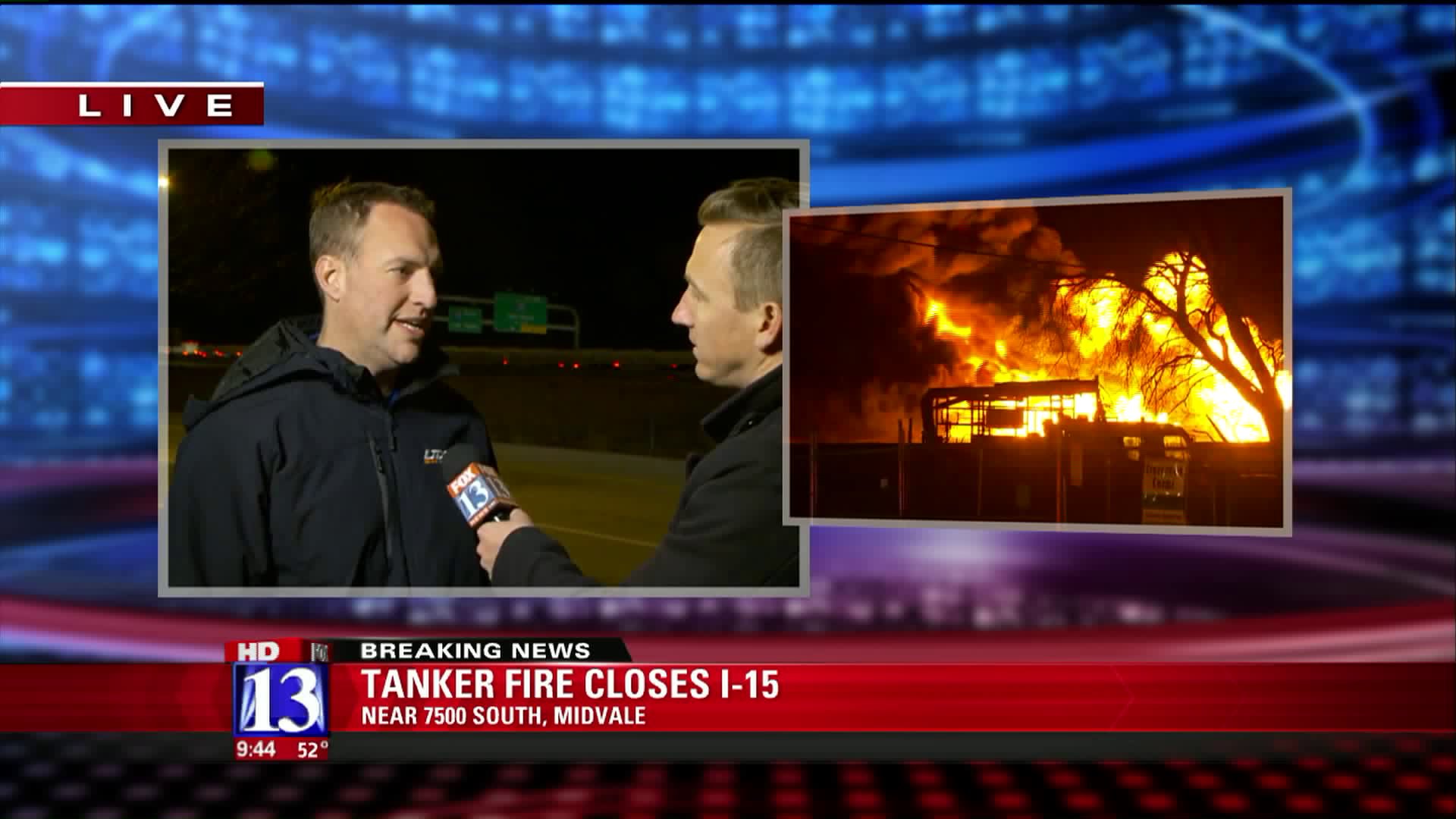 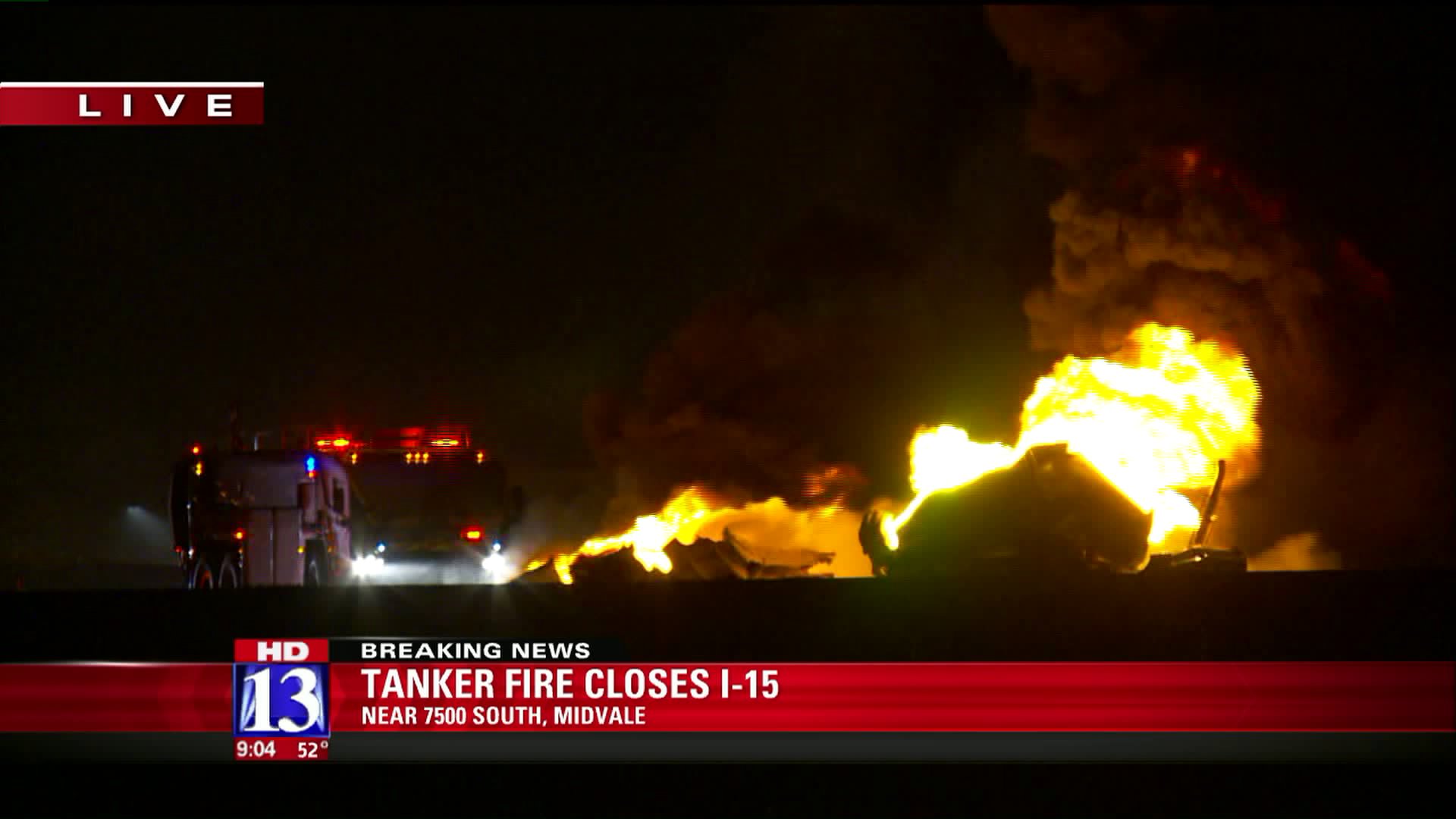 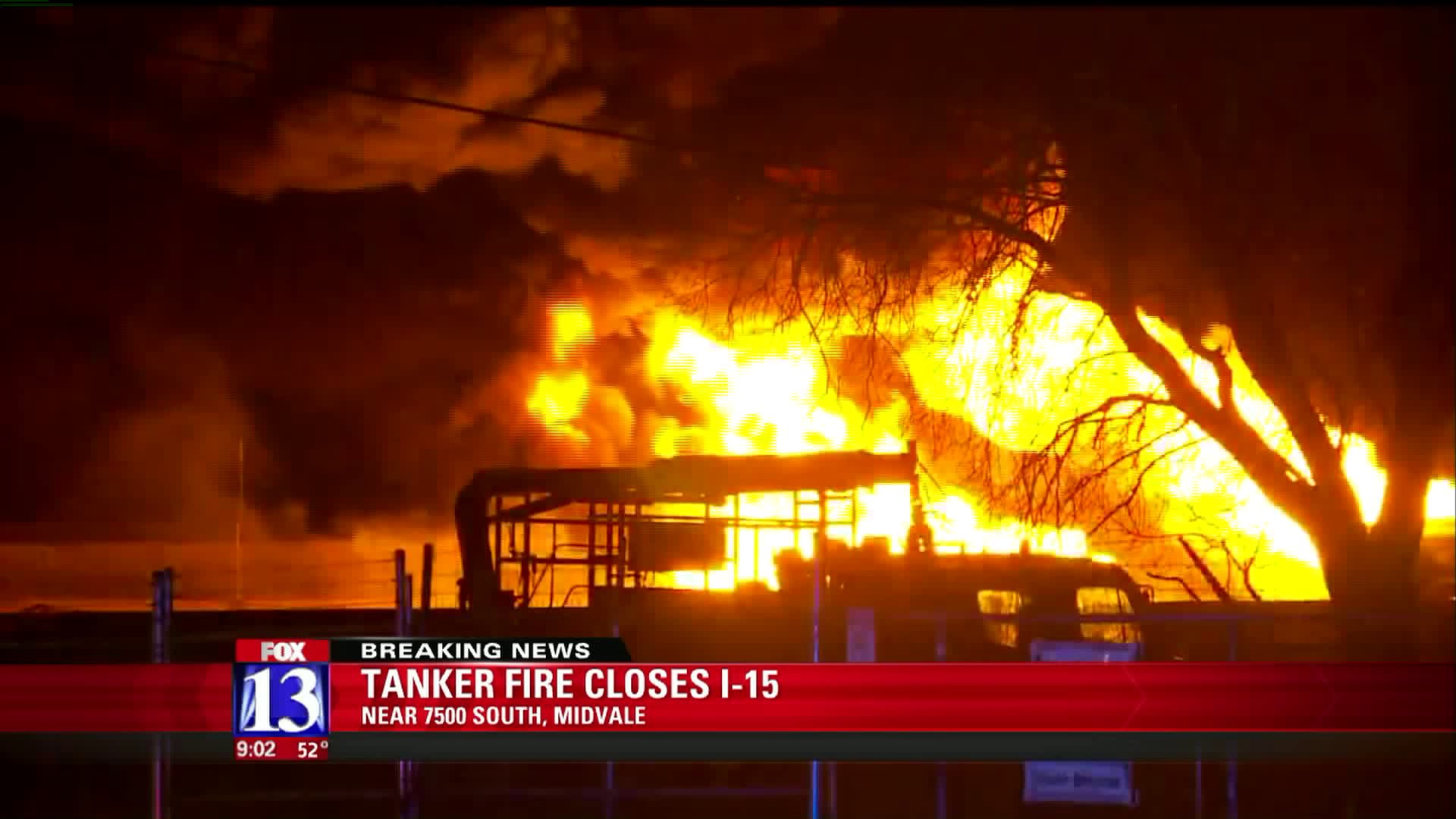 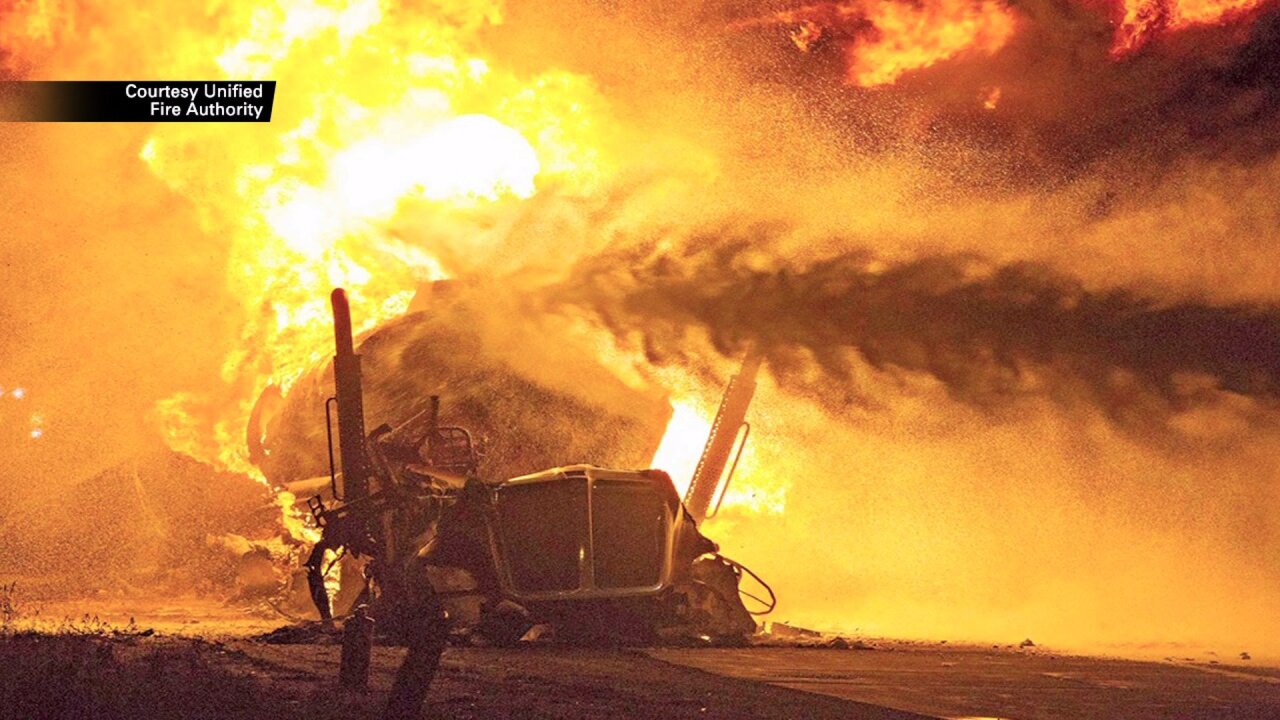 MIDVALE, Utah - All southbound lanes of I-15 are back open after a tanker truck carrying 10,000 gallons of fuel exploded into a massive fire.

The inferno shut down I-15 at 7200 S. in Midvale for hours Thursday night.

The Utah Highway Patrol said the blaze started when the tanker's brakes sparked a fire.

The Utah Department of Transportation said two lanes of southbound I-15 sustained serious damage during the fire.

Drivers were able to use the remaining two open southbound lanes on I-15 while crews made repairs.

The driver, who works for Jackson Energy (Jackson Oil), got out unharmed.