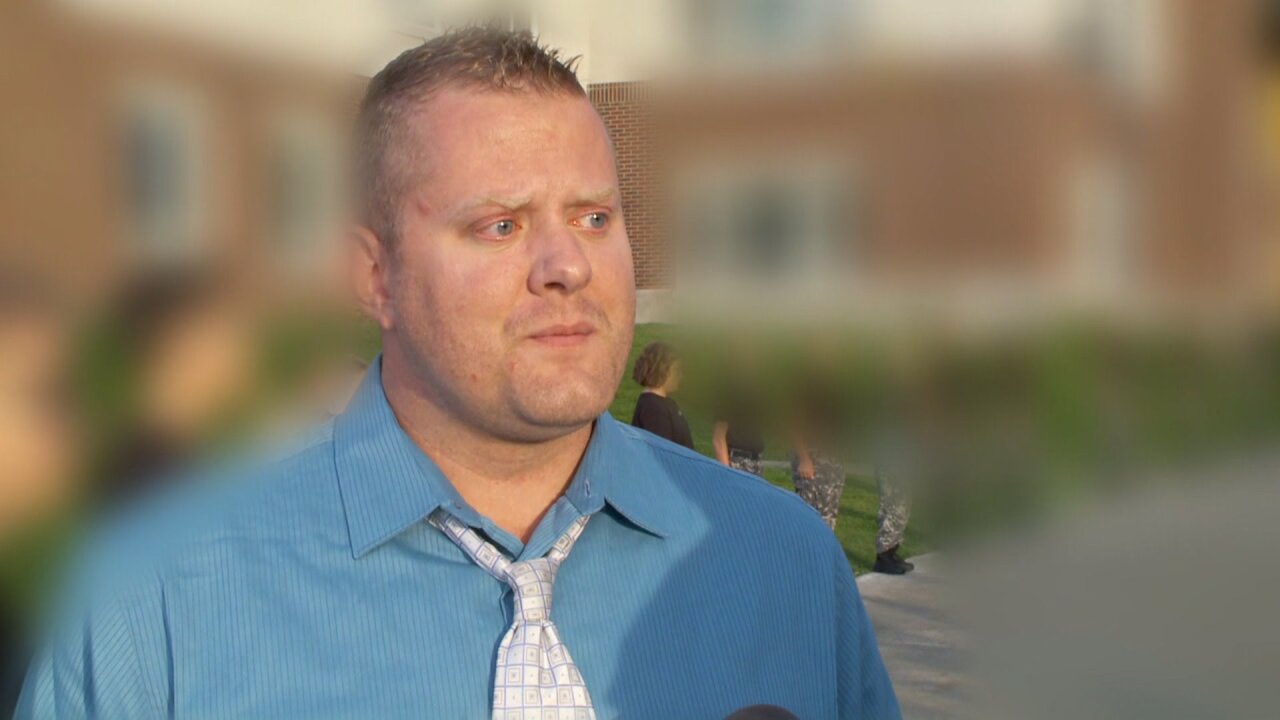 Ryan White is out of his teaching job and has been since the end of November, the Jordan School District confirmed Thursday.

The State Board of Education said it launched its own investigation into White as well.

He said the messages were allegedly sent to the then 17-year old student during the course of the last school year, and up through the summer. The student graduated last year and no longer attends the high school, he explained.

Lt. Lohrke couldn't elaborate on the nature of the text messages, but he said the department launched a criminal investigation into White.

At the end of September, Ben Rasmussen with the State Board of Education said they learned of the allegations and began their investigation in October.

To students at Herriman High, Mr. White—as they call him—is well-respected and known as a hero.

"He was loved as a teacher, he was really outgoing," said Herriman High senior Max Gordon, who said he took Mr. White's AP Government class this year.

According to the Jordan School District website, White saved the life of a student last year when he performed CPR on her.

Back in 2013, his former school Providence Charter honored the former U.S. Coast Guard member for rescuing people from the Pentagon during the 9/11 terror attacks.

But in November, according to Gordon, White mysteriously stopped teaching.

"We were just waiting for Mr. White to come back, and then he never did," Gordon said.

He and fellow senior Conor Spahr set out to figure out why. They're both involved with the school newspaper, and Spahr said he spent two months investigating what happened to Mr. White.

He showed Fox 13 documents from an information request they placed to the school district that show White was terminated. The documents don't go into exact details over the termination.

"We feel like parents, students and teachers all have a right to know what's going on at their school," Spahr said.

While the Jordan School District confirmed to Fox 13 that White hasn't been employed since November, officials wouldn't explain whether he resigned or they terminated him because, they explained, it's a personnel matter.

Fox 13 knocked on White's door Thursday evening to talk with him about the situation, but he didn't answer despite being heard inside.

Lt. Lohrke said White has not been cooperating with their investigation and refused to talk with detectives.

The Unified Police investigation is nearly wrapped up, he indicated, and he said they could look at possible communications harassment charges.

Rasmussen said they expect the State Board of Education investigation to span six months to a year. He said White could appeal should the board decide to revoke White's teaching license.