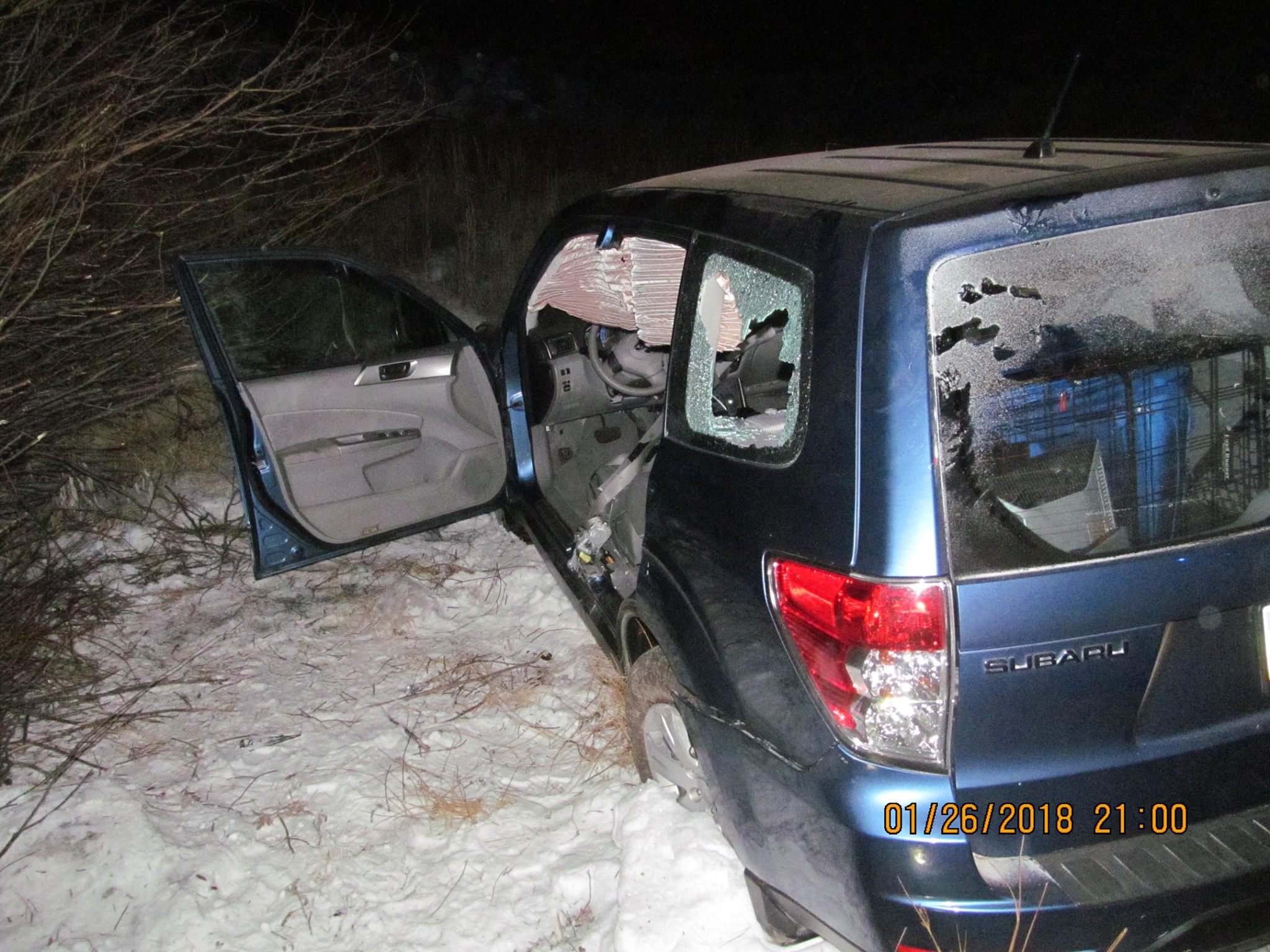 UTAH COUNTY — Emergency responders rescued a woman who was pinned inside her vehicle after her car went 20 feet down a steep embankment in frigid weather Friday.

According to the Utah County Sheriff’s Office, the crash occurred sometime before 7:30 p.m. Friday on Emma Park Road in the south east corner of Utah County, near the borders with Carbon and Duchesne counties.

A 61-year-old woman from Spanish Fork approached a curve in the remote, snow-covered road as it crosses some railroad tracks, and police say she was going too fast and slid off the road.

The vehicle struck a Jersey barrier, careened across the road and went 20 feet down a steep embankment.

A short time later a passing motorist saw tracks in the snow leading over the edge of the embankment. The motorist investigated and saw the car below with its headlights still on.

The motorist called for help and crews arrived on scene to find the woman pinned inside her vehicle. The temperature outside was just 4 degrees at the time.

Fire fighters cut the woman out of her car and then transported her to Castleview Hospital in Price. Police say she is expected to recover but did not provide any further information about the nature and extent of her injuries.

“Drive carefully all the time, but especially when driving on remote, snow covered roads in sub-freezing temperatures!” police stated.