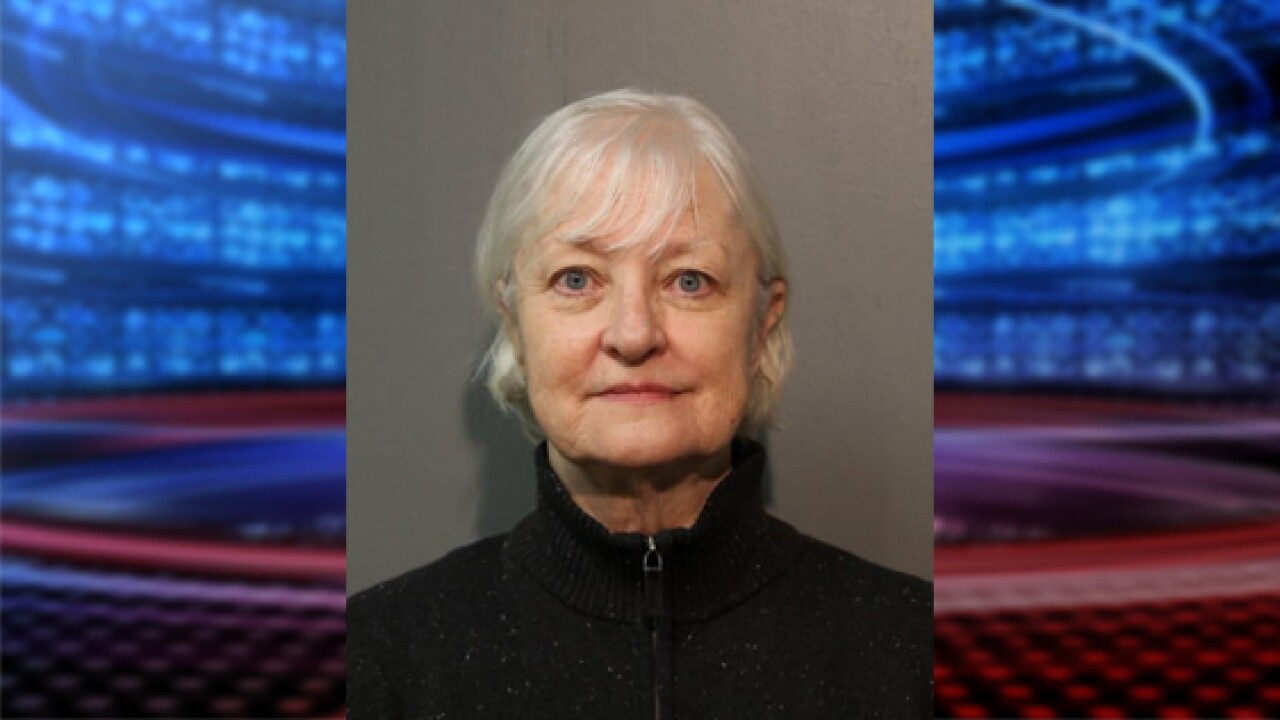 CHICAGO — A woman accused of sneaking onto a flight to London this month was arrested again on Sunday at Chicago’s O’Hare International Airport, authorities said.

Marilyn Hartman was arrested on charges of misdemeanor criminal trespass and violation of bail bond, Chicago Police said. Now she’s back in a Cook County jail, just three days after she was released.

The 66-year-old’s alleged efforts to repeatedly sneak onto flights earned her the nickname “serial stowaway.” Most recently, she succeeded in traveling from Chicago to London without a passport or boarding pass, according to Chicago Police.

On January 14, she made it through O’Hare security and onto a flight bound for Heathrow Airport, Chicago Police said. British Customs officials detained her at Heathrow on January 15. She returned to O’Hare on January 18 and was immediately arrested and charged with one misdemeanor count of trespass and one felony count of theft.

Hartman left jail on Thursday after a judge reduced her bond and dropped an electronic monitoring requirement, CNN affiliate WBBM reported. Hartman’s public defender, Parle Roe-Taylor, argued that Cook County did not have the jurisdictional authority to monitor Hartman in neighboring Lake County. According to police, she lives at an address in Grayslake listed as low-income housing for senior citizens.

As a condition of her release, Hartman was ordered to stay away from O’Hare and Chicago Midway Airport and undergo a psychiatric evaluation, CNN affiliate WLS reported.

Then, around 1:25 a.m. Sunday, Chicago Police officers responded to a call at O’Hare of a woman refusing to leave, the department said. Officers searched the airport and found a woman they later identified as Hartman in Terminal 3.

She was ordered to be electronically monitored, based on the new charge of criminal trespass. Her next court date is January 31, according to the Cook County sheriff’s office.

Hartman’s nickname started catching on after she repeatedly tried to board flights at San Francisco International Airport to Hawaii without a ticket. In 2014, she was sentenced to probation and ordered to stay away from the San Francisco airport.

She was arrested in Florida in 2015. Another arrest followed at O’Hare in 2016 for violating her probation, which forbid her from setting foot on airport property. She was sentenced to six months of house arrest in a mental health facility for violating court orders to stay away from airports, WBBM reported.

Reporters who have followed her arrests said the success of her evasive maneuvers depends on her ability to blend into a crowd as a seemingly harmless, elderly white woman. She employs tactics like ducking under ropes, keeping her head down, piggybacking on small groups, and using other passengers’ discarded boarding passes, Joe Eskenazi wrote in The Guardian last week.

Aside from exposing flaws in airport security, Eskenazi said that her case has revealed the justice system’s inability to deal with someone like her. In a 2015 profile, Eskenazi described a revolving door of arrests, court appearances, and lenient sentences with no end in sight and no clear rationale for her actions.